Is Phalke Honour To Rajinikanth Yet Another Instance of BJP's 'Award Politics'?

That the actor is worthy of the award is not in dispute. But the timing – with Tamil Nadu set to vote on April 6 – leads one to wonder if the Modi government is trying to leverage the star's popularity for political gains. 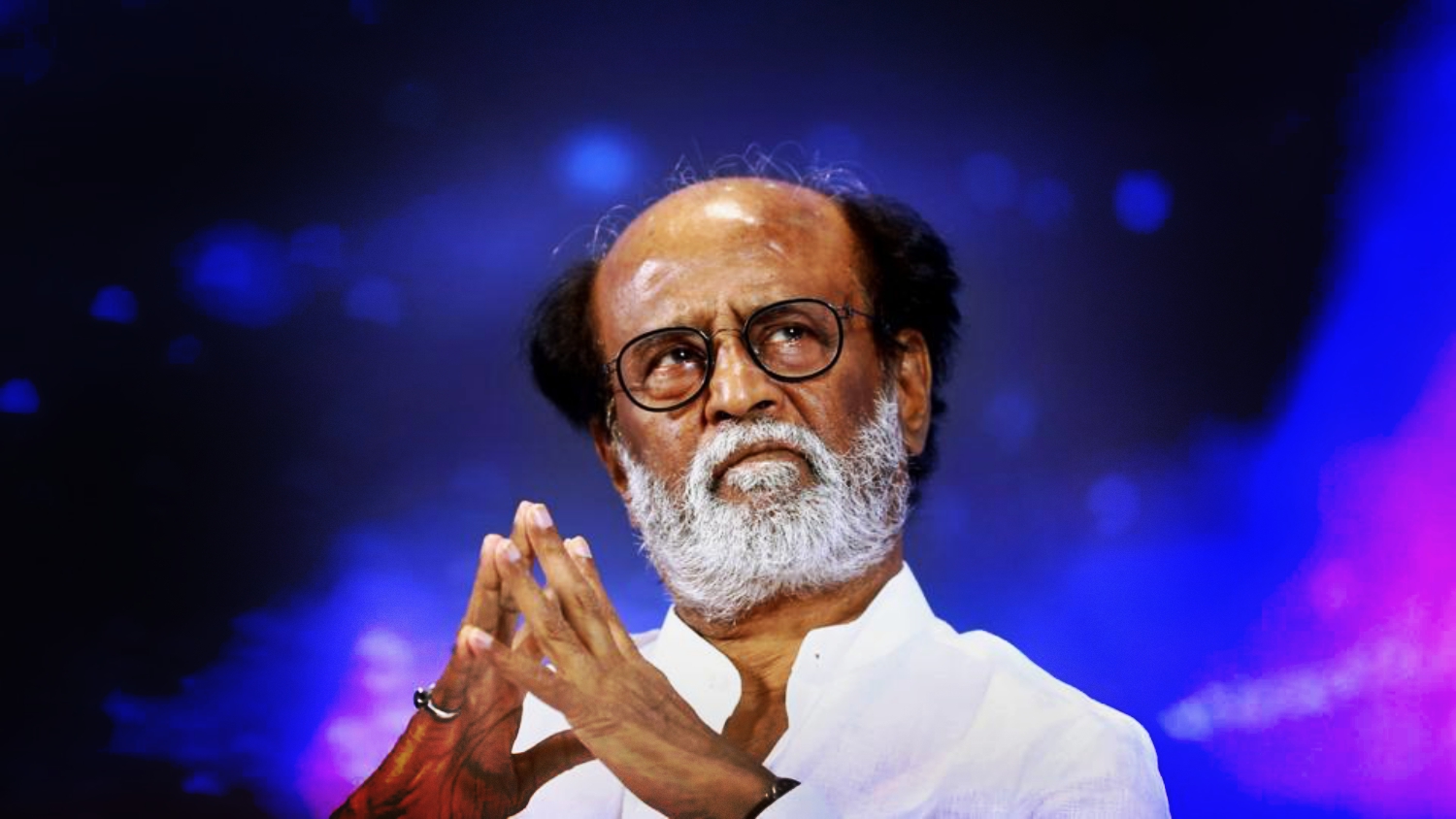 Guwahati: Five days before the people of Tamil Nadu are to choose their next government, the Narendra Modi government announced the celebrated Tamil actor Rajinikanth as the winner of the prestigious Dadasaheb Phalke award.

Announcing the decision on April 1, information and broadcasting minister Prakash Javadekar, rightly observed, “Through his talent and hard work, [Rajinikanth] has made a space for himself in the hearts of millions of people”.

A day after the votes polled in Tamil Nadu and the other states holding elections are counted, Rajinikanth will be conferred the honour by President Ram Nath Kovind in New Delhi.

In an election season when the Bharatiya Janata Party is trying its utmost to become a player in the Tamil Nadu assembly polls with help from the ruling AIADMK, Javadekar’s description of Rajinikanth making “space” in the “hearts of millions of people” cannot be read as only praise bestowed on a deserving candidate for the Central award.

While no one can dispute the actor’s popularity among filmgoers in Tamil Nadu, elsewhere in the country and even the world – his oeuvre and one-of-a-kind filmography speak for themselves – the timing of the announcement and the intended political messaging of the Modi government to the voters in a poll-bound state – must not be overlooked and needs to be put into context.

After all, the award is for 2019, and the fact that the government found no time over the past year to make the announcement speaks for itself.

What must be understood is that the BJP is trying to appeal to the Scheduled Castes (STs) in that state and has already strategically picked L. Murugan as its Tamil Nadu party president. A report in the pro-establishment news site Swarajya in October last year says that Murugan’s selection and Rajnikanth’s plan to dabble in politics are conspicuously connected.

“In view of his health and other compulsions, Rajinikanth might be inclined to back Prime Minister Modi and the BJP instead of launching his own party,” the report had said.

It said that “indications” from “sources” within the Rajini Makkal Mandram (Rajini People’s Forum, the party that the actor started before quickly deciding to exit politics) had also claimed that Rajinikanth “is preparing the ground” to join the BJP. 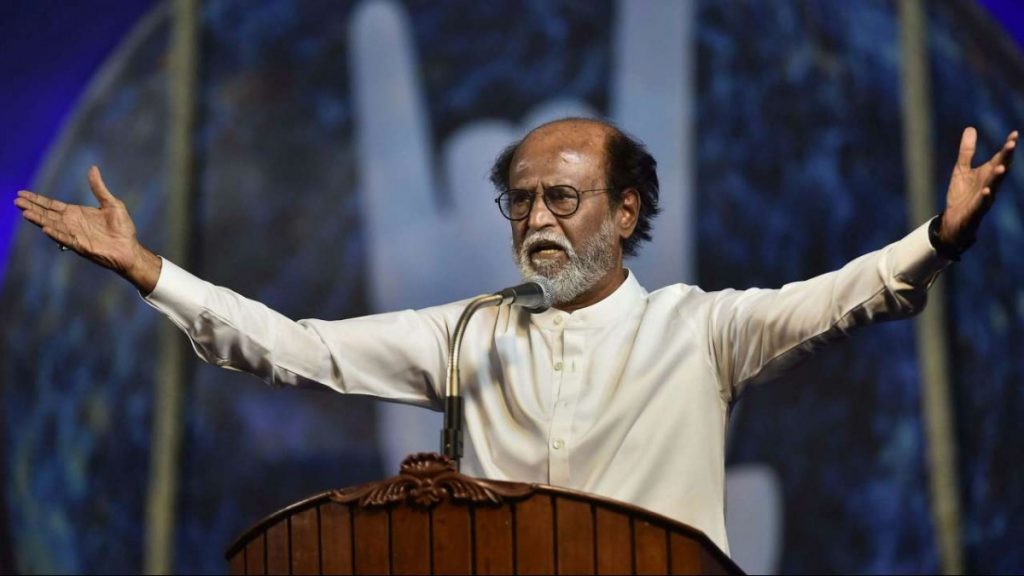 “The sources justify the decision on various developments that have taken place with regard to the actor featuring in films like Kabali and Kaala, and also the BJP, which has made L Murugan, who belongs to the Scheduled Castes, its state president”.

The report had quoted a Mandram activist from a rural belt of the state to say, “The Scheduled Castes make up 21 per cent of the state’s population. Till this day, they have never made it big in state politics. They have not even got any major portfolio either in the Dravida Munnetra Kazhagam (DMK) or All India Anna Dravida Munnetra Kazhagam (AIADMK) governments since 1967.”

The unnamed activist had told the right-wing news site, “Rajinikanth chose a different path and subject when others were making films on other communities of Other Backward Classes, who have been enjoying all the benefits in the state since 1967. The Scheduled Castes have got little in terms of power or development from these Dravidian parties.”

The Swarajya report also said, “He (Rajinikanth) enters politics by launching a party, he will be under attack from both the DMK and the AIADMK.” Quoting an unnamed political observer, it said, “He will be targeted on all sides and his properties in various parts of the state are at stake.”

It is in this context that the Modi government’s decision to accord the Dada Saheb Phalke award to Rajinikanth in a state going to polls must also be viewed then.

This is not the first time that the BJP has tried to instrumentalise a state icon with immense following in an election to the party’s advantage, particularly in a state where it is trying to become a player.

In Assam too, it had tried to ride on the immense popularity of the celebrated singer Bhupen Hazarika back in the 2004 general elections, unsuccessfully so. That the Dhola-Sadiya Bridge, the longest in India, inaugurated by Modi in 2017, had also been named after the Bard of the Brahmaputra is not free of political messaging either to the people of a state where regional sentiment is paramount. It is a state where the BJP wants to form a government one day without the help of regional formations.

In the thick of the Assamese public’s anger against the Modi government for its decision to not keep out Assam from the Citizenship Amendment Act (it was a Bill then) so the Assam Accord would not be violated, the BJP government at the Centre brought in the Hazarika factor once again. This time, by awarding him the Bharat Ratna, the country’s highest civilian honour. The discussion is not whether Hazarika deserved the award or not (he absolutely did), but rather about the timing, which raised eyebrows not just in Assam but also within his immediate family. It was the reason why his son Tej Hazarika had initially refused to accept the honour.

Significantly, the award to Hazarika was announced in the run-up to the 2019 general elections where Modi was seeking his second term and the party’s target was to win as many Lok Sabha seats as possible from the state, which has the largest number of parliamentary seats among the eight northeastern states. The BJP’s flagrant ‘award politics’ could be spotted in the run-up to the crucial 2021 West Bengal assembly polls too, where the party is trying to make a foray. This past February, the Modi government instituted a national level film award after the legendary Bengali filmmaker Satyajit Ray. Once more, a state icon was seen being instrumentalised by the BJP government to generate goodwill for the party among voters of a poll-bound state.

Ray’s genius is such that no questions can be asked about an award being named after him, but what must be not overlooked again is the timing and the political messaging prior to a crucial election in a sate where he is an undisputed public icon.

Addressing a poll rally at Gosaba in West Bengal this past week, top BJP leader and the country’s home minister Amit Shah invoked ‘award politics’ once more. “We will be instituting Tagore prize on the lines of Nobel Prize and Satyajit Ray Award on the lines of Oscars to pay tribute to the two sons of Bengal,” Shah reportedly said.

In the run-up to the 2019 general elections, alongside Hazarika, Pranab Mukherjee too was named by the Modi government as a recipient of the Bharat Ratna. Mukherjee became the first Bengali to be the country’s president, a moment of pride for the state. The BJP had earlier tried to appropriate yet another icon from Bengal, Subhash Chandra Bose.

Picking Hazarika and Mukherjee for the highest civilian honour in 2019 was crucial for the BJP in states driven by regional sentiments and where the Modi government’s glory from the ‘surgical strike’ on Pakistan might not have worked as an electoral high point, like it did in the northern belt. While it is impossible to say to what extent this strategy played a role, the BJP performed well in both Assam and Bengal. 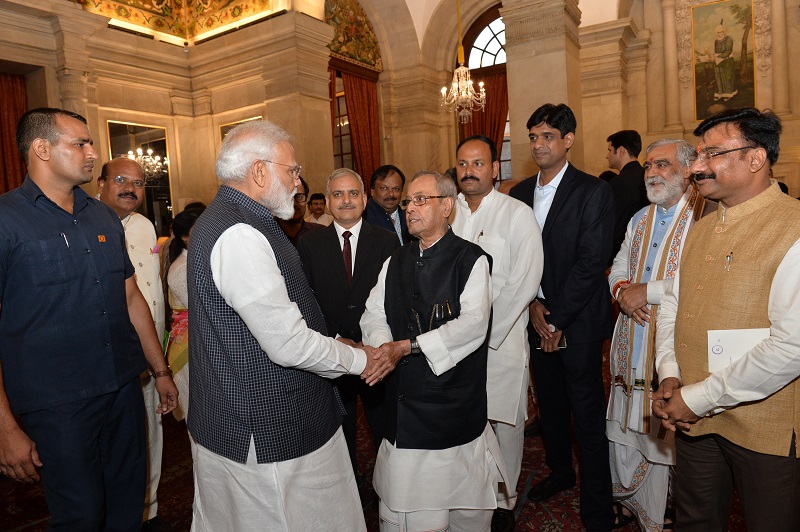 As per news reports, the high number of Padma Shri awardees in 2019 – an election year – was also a strategic move by the Modi government. However, in this aspect, it is not alone.

“Three general elections to the Lok Sabha were held in the last 19 years and the fourth one is due this year (2019). In all the four election years, the number of Padma Shri awards is significantly greater than the average of the preceding four years,” noted Rakesh Dubbudu on Factly.in, after analysing the data of such awards available on the website of the Ministry of Home Affairs. He had highlighted, “This trend is observed both when the Congress was in power and also now, when the BJP is ruling.”

Dubbudu highlighted that the trend the Modi government duly adopted this strategy too, giving away 94 Padma Shri awards in 2019, while the preceding 4-year average was 76.

When speaking about awards given in 2019, it is impossible not to mention Vicky Kaushal, who won the national award for best actor in the run-up to the Lok Sabha polls for his film Uri: The Surgical Strike, which had glorified the Indian Army’s role in Kashmir, a card that the BJP had played for electoral gains in those general elections.

That in the thick of the protests against the three farm laws brought by the Modi government, the pro-BJP actor Kangana Ranaut was given the national award in the best actress category also cannot be overlooked. She was famously and almost singlehandedly holding the fort on Twitter for the Modi government on the farm laws issue. And yet, a significant film in Bodo, Jwlwi – The Seed was ignored, triggering its director Rajni Basumatary to pen an open letter to the chairman of the national film awards. Basumatary’s letter can be read here. 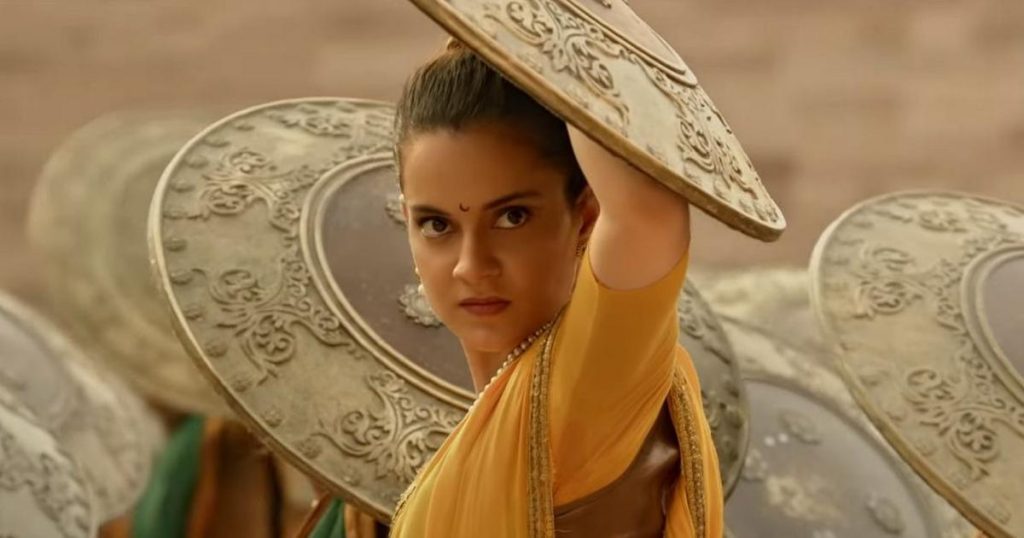 Kangana Ranaut in a still from ‘Manikarnika’.

Yet another state going to the polls on April 6 is Kerala. One may ask why such no blatant announcement of awards has yet been made for a Malayali icon, where too the BJP trying to make an entry.

It must not be overlooked then that in that state, the BJP is going by its old poll playbook by picking ‘metro man’ E. Sreedharan as its probable chief ministerial candidate.

The strategy in Kerala could be similar to that in Assam, when the BJP put up Hazarika to contest in 2004 from Guwahati, knowing well that he might not win the elections. The party knew it would help send a message to the community that the party is approved by such a public and popular figure.

Ten years after that messaging, the BJP pocketed the largest number of Lok Sabha seats in a state where many of its party candidates had even lost their security deposits.

Two years after that 2014 triumph, the party had its first chief minister by riding on the shoulders of Sarbananda Sonowal, an icon of the highly-charged anti-foreigner movement, who was termed jatiyo nayak or the community’s hero, by the majority Assamese community.

The BJP’s plan in Kerala with Sreedharan may, therefore, be a similar, long-term plan.