Anil Kumar Chaudhary, president of the Delhi Congress, has also demanded a joint parliamentary committee probe into the alleged use of Pegasus spyware. 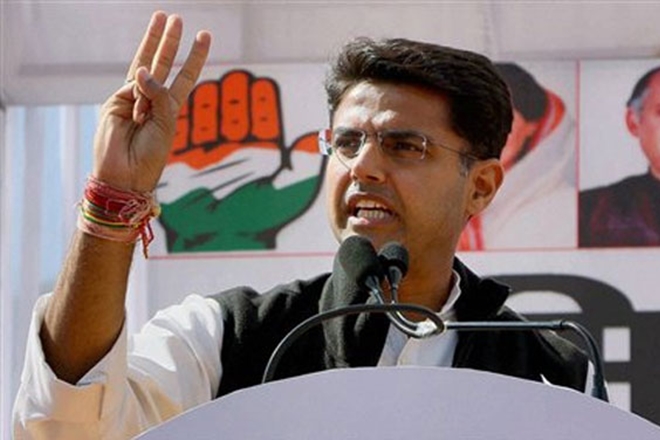 Jaipur/New Delhi: An international media consortium, of which The Wire is part, reported Sunday that over 300 verified mobile phone numbers, including Union two ministers, over 40 journalists, three opposition leaders and one sitting judge besides scores of businesspersons and activists in India could have been targeted for hacking through Pegasus spyware.

Former Rajasthan deputy chief minister Sachin Pilot on Wednesday demanded an independent probe into the charges of snooping on politicians, journalists and others using Pegasus spyware.

He said privacy has been breached and it has been established with the facts, and the Centre has no reason for not initiating an independent inquiry into the matter.

“This is a very serious issue and an independent inquiry is necessary to get to the bottom of it. The probe should be conducted by a joint parliamentary committee or in the supervision of the Supreme Court because impartiality cannot be expected from the Government of India,” he said.

“It is the responsibility of the government to order an independent inquiry into the matter. The Government of India is under question and there is no reason for not initiating an inquiry,” the Congress leader said.

Pilot said when the government of France can order an inquiry, there is no reason why the Union government should not do the same.

He said there is resentment among people, and any attempt to undermine democracy will not be tolerated.

“Any illegal malware, hacking of mobile and digital data of any individual is an infringement of an individual’s privacy, which is guaranteed by the Constitution. It is under challenge and it is the duty of the government to order an independent inquiry because the government cannot investigate its own actions,” he said.

He said, “it is high time that people are assured that their privacy is safe.”

There is an atmosphere of fear in society that anything is now hackable and people in power are misusing authority to invade people’s privacy and lives, he said.

Pilot said Congress is the only party that has the national footprint and can challenge the BJP at the national level.

He exuded confidence that the Congress with its allies will form the next government at the Centre.

People have realised that the UPA rule was far better than the present government’s rule, Pilot added.

He also said the Congress party will hold demonstrations across the country, including in Jaipur, against the matter.

When asked about the phone tapping charges against the Ashok Gehlot-led Congress government in Rajasthan, Pilot said that the state government has already said in the assembly what it had to clarify.

On the other hand, Delhi Pradesh Congress Committee (DPCC) president Anil Kumar Chaudhary on Wednesday demanded a Joint Parliamentary Committee (JPC) probe into the alleged use of Israeli spyware, Pegasus, to snoop on at least 300 phone numbers, including those of opposition leaders, activists and journalists.

He also claimed that Congress leader Rahul Gandhi, whose name is also in the list of possible targets of surveillance, became a “target” of the ruling government as he has been constantly “raising uncomfortable issues” such as corruption in the Rafale deal, ongoing farmers’ agitation and mismanagement of the Covid pandemic.

“The Modi government should come clean on the issue through a JPC probe,” said Kumar during a press conference at the DPCC office.

Kumar also questioned the silence of Delhi chief minister Arvind Kejriwal on the alleged snooping of phones of opposition leaders and other prominent citizens.

“The Kejriwal-led government’s survival depends on BJP government’s gratuitousness, whether it is for getting free oxygen supply, free Covid vaccine doses, hospital beds, managing the pandemic, and other aspects of governance,” he claimed.

The opposition BJP had accused the Congress government of phone tapping during a political crisis last year after the rebellion of Pilot against the leadership of Gehlot.

The allegations were levelled after some audio clips having conversations related to an alleged conspiracy to topple the Gehlot government surfaced.

Later in the assembly, the chief minister had denied the allegations and said there is no tradition of phone tapping in Rajasthan.