Amid a stalemate in parliament over the Pegasus snooping issue, leaders of various opposition parties met and decided to submit similar adjournment notices on the matter. 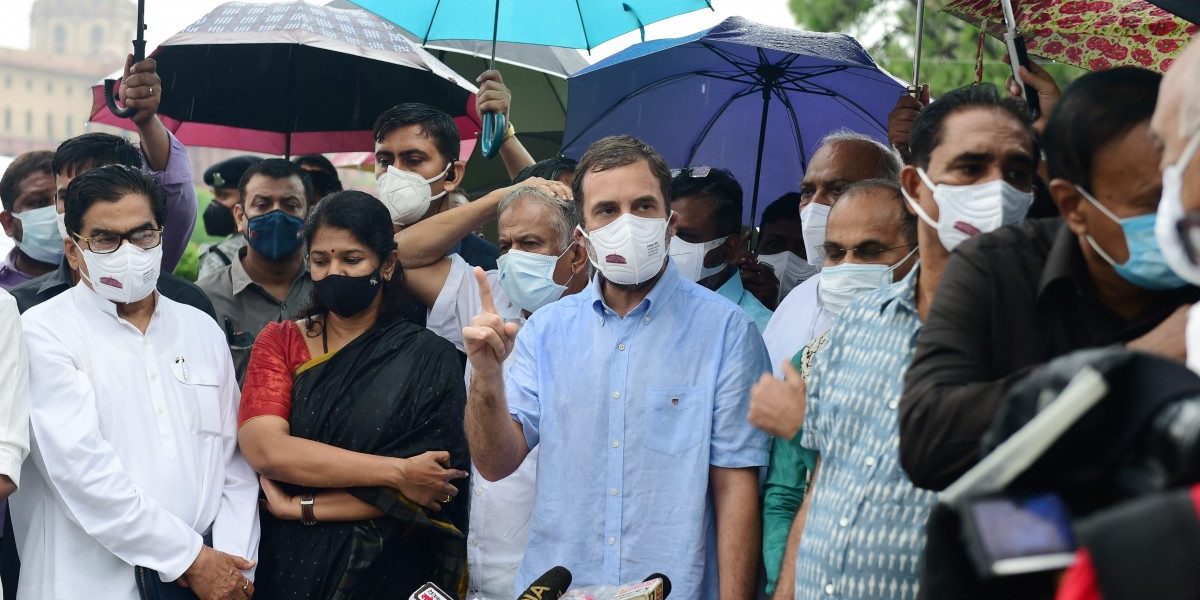 New Delhi: Congress leader Rahul Gandhi on Wednesday, July 28, said the Opposition was united in demanding a discussion on the Pegasus snooping row in parliament in the presence of the prime minister or the home minister.

Amid a stalemate in parliament over the Pegasus snooping issue, leaders of various opposition parties met and decided to submit similar adjournment notices on the matter.

Gandhi attended the meeting at the chamber of the Leader of Opposition in the Rajya Sabha Mallikarjun Kharge.

He spoke to reporters afterwards and rejected the government’s charges over the disruption of parliament and said the opposition was only fulfilling its responsibility.

He also attacked the government over the Pegasus snooping row, accusing Prime Minister Narendra Modi and Home Minister Amit of “hitting the soul of India’s democracy”.

The Pegasus Project is an investigation involving more than 80 journalists from 17 news organisations from around the world who looked into a leaked database of numbers believed to be drawn up by NSO Group clients for potential or successful surveillance.

At least two of the numbers used by Rahul Gandhi were in that list, The Wire has revealed. Others on the list include politicians, journalists, key government position holders and numerous activists.

The voice of Opposition was being suppressed in Parliament, he alleged.

“We are only asking if the government bought Pegasus and snooped upon Indians,” Gandhi said.

Indian Express has reported Gandhi having said that the Pegasus row is “not a matter of privacy”, but of “anti-national work.”

“We are not disturbing Parliament, we are only fulfilling our responsibility,” he said.

He also said the Pegasus row “for us is an issue of nationalism, treason”. “This is not a matter of privacy. It is an anti-national work.”