Simultaneous Elections to Parliament and Assemblies is Not Good for Democracy

While many concerns remain unanswered, it is clear that if simultaneous elections are implemented, the government's accountability to the people will reduce. 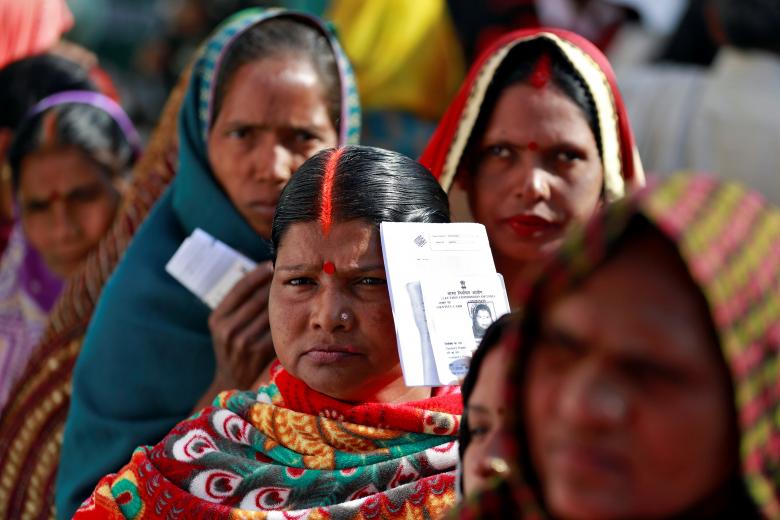 People queue up to vote during the state assembly election, in the town of Ayodhya, in the state of Uttar Pradesh, India, February 27, 2017. Credit: Reuters/Cathal McNaughton/Files

Note: This article was originally published on May 3, 2017 and is being republished on June 19, 2019 after Prime Minister Narendra Modi held an all-party meeting to discuss, among other things, the idea of ‘One Nation, One Election’.

Prime Minister Narendra Modi started a debate a while ago about holding elections to simultaneous elections to parliament and the state assemblies. The media appeared to be in favour of the idea and the Election Commission, whose duty it is to implement it on the ground, lent its weight as well. After a lull, Modi has renewed the debate once again.

Since the Congress was the ruling party, both at the Centre and in almost all the states, there was no excessive enthusiasm for easily predictable elections.

Things changed dramatically after the Congress began to lose power in states and the opposition began to gain ground. The historic split in the monolithic Congress in 1969 ultimately led to the premature dissolution of the Lok Sabha, thus disrupting the simultaneous elections to the lower house and state assemblies. Another factor that helped this disruption was the liberal use of Article 356 of the constitution for the dismissal of state governments and dissolution of assemblies before this terms ended. Given these circumstances, it was not possible to hold simultaneous elections. In fact, no one gave any serious thought to it in all these years.

One point often made in favour of simultaneous elections is that the government – particularly the prime minister and his ministers – will be able to concentrate on governance, undisturbed, for a duration of five years. This way the energies of the government will not be divided.

Despite these claims, there is no empirical evidence to show that frequent elections have in any way affected the quality of governance or decision making. Many major decisions with far reaching impact on the economy and other areas of national life were taken during those decades when elections were held at different times.

A very recent example is of demonetisation, which was done just a couple of months before assembly elections in Uttar Pradesh and four other states. If such momentous decisions could be taken by the prime minister when afive states were going to face elections shortly, the argument that frequent elections affect decision-making does not carry any weight.  If anything, frequent elections create some compulsions for the government of the day to take quick decisions to influence the voters.

The propagators of simultaneous elections also argue that a lot of money could be saved if elections are held just once in five years. It does not seem to be a serious argument because money (read, black money) has never been a problem for those who stand in elections.

If anyone needs to worry about the huge expenditure incurred during elections, it is the corporate sector. Who doesn’t know that it’s their money that sustains our democratic elections. But they never complain about excessive infusion of money in elections because of the enormous benefits they will reap after elections. If they have no complaints, why should the politicians worry about saving money by holding elections only once in five years? And if some good-hearted people start worrying about the harmful effects that large inflows of black money can have on the economy, the government can always decide on demonetisation.

Simultaneous elections does not seem like a practical proposition, notwithstanding the readiness shown by the Election Commission to execute it. There are practical problems that seem to be insurmountable. Say, for instance, it is decided that elections to the Lok Sabha and all state assemblies will be held together in 2019. In such a scenario, what will happen to the assemblies elected in 2017 and 2018? Will they be dissolved?

An assembly is elected for a period of five years. It can be dissolved only when the government in that state cannot carry on, as per the provisions of the constitution, and also when no alternative government is possible. Otherwise, the constitution does not permit the dissolution of assemblies before the end of their term.

In the event that the constitutional machinery in states break down, after simultaneous elections are held, necessitating dissolution of the assemblies prematurely, will these states be under the president’s rule till the next elections? These questions, and many others, remain unanswered.

Elections are the means by which the people renew their faith in democracy. Since 1952, we have a 65-year history of democratic elections. These elections, though imperfect in many respects, have served one noble purpose – they have ensured accountability to the people. The people have rejected those who did not care for them.

Accountability is the essence of democracy. The fear of being thrown out by the people compel politicians to address problems. Frequent elections have kept the government on its toes. In our experience, once elected, representatives slowly move away from the people. If there are no more elections for five years, the people will surely be forgotten for that duration. Frequent elections will keep the bond between the people and their representatives strong. Otherwise democracy will slowly dry up.

Some countries have experimented with recall of the government. The idea is that a government should be ever vigilant about peoples’ welfare and responsive to their legitimate concerns. If it fails, the people will exercise their right to recall such a government. India is yet to think in terms of a right to recall. But frequent elections are the next-best alternative.

P.D.T. Achary was formerly the secretary general of the Lok Sabha.