Pakistan: An Election Heist and Beyond

The most sinister ploy of the army was the induction of assorted jihadi and extremist groups into the electoral process, in the name of “mainstreaming” them. 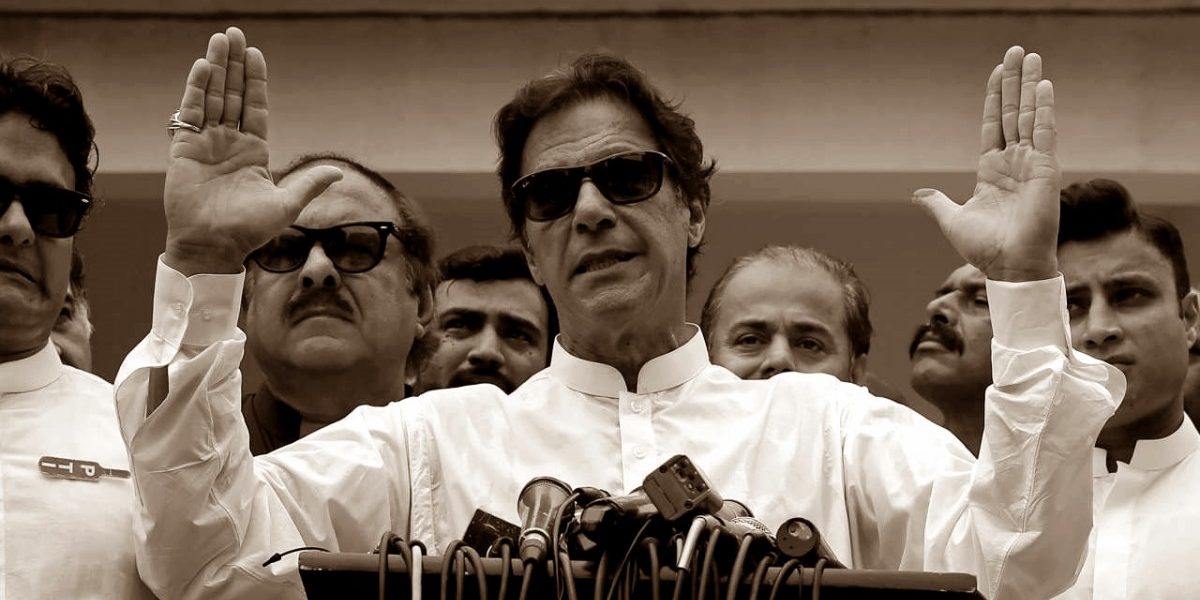 It will be interesting to see how Imran Khan could turn his on-the-campaign-trail demagoguery and populist sloganeering into something tangible. Credit: Reuters

Pakistan’s just-concluded elections rank among the four most tainted ones since 1970. In 1970, the people’s mandate was stolen after the elections lead eventually to the independence of Bangladesh. In the current instance, however, the heist took place before the polls with massive political engineering under the auspices of the Pakistan army. The army did not just back Imran Khan and his Pakistan Tehreek-e-Insaf (PTI) but virtually bulldozed its joint opponent Nawaz Sharif and his party Pakistan Muslim League-Nawaz (PMLN). As the results came in, the army’s spokesperson Major General Asif Ghafoor could barely hide his glee when he took to Twitter to declare victory.

The Director General Inter-Services Public Relations (ISPR)tweeted from his verified personal account a Quranic verse, which translates as: “[O Allah,] You exalt whom You please, and abase whom You please”. This was a thinly-veiled reference to the PMLN’s election slogan “vote ko izzat do (uphold the dignity of the vote)”. The DGISPR was effectively taunting Nawaz Sharif and his party that the God has degraded them. It was petty and petulant but also provided clear reading of the junta’s mind. From his ISPR account, the general tweeted more innuendo on behalf of the army chief, General Qamar Javed Bajwa, surreptitiously calling the defeated parties “inimical forces”.

The army had worked hard to squeeze Nawaz Sharif throughout the PMLN’s five-year stint. The reasons for the brass’ annoyance were myriad but Sharif’s desire to assert himself in the perpetually skewed civil-military balance, practically did him in. He tried to prosecute the former dictator General Pervez Musharraf for high treason, something the army was simply not going to allow. Sharif’s peace overtures to India– and Prime Minister Narendra Modi’s reciprocation  irked the generals. His family’s involvement in the so-called Panama papers gave the army a chance to pounce on him through the media and judiciary, after having failed to dislodge him through orchestrated street protests.

Sharif’s disqualification from office and eventual imprisonment left his own party rudderless and his key rival Imran Khan, powerful. The army, however, was not willing to leave anything to chance. It held the Pakistani media in a virtual neck wrench, first taming the largest Geo/Jang Group into submission and then forcing the oldest Dawn Group into crying foul. Other media houses were let loose against Sharif and his party. His speeches were muted while Imran Khan was beamed into every living room, every evening for hours on end. From gerrymandering to herding the so-called electable candidates to the PTI, almost everything was thrown at Imran Khan’s opponents.

The most sinister ploy was the induction of assorted jihadi and extremist groups into the electoral process, in the name of “mainstreaming” them. The army’s rationale for this recklessly virulent manoeuver was that these radical groups would ostensibly tone their rhetoric down to appeal to the broader electorate. Barelvi hardliners were fielded under the Tehreek-e-Labbaik Ya Rasoolallah (TYLR) banner, Salafi jihadists of the Jamat-ud-Dawa (JuD) had the Milli Muslim League cover, while the Deobandi sectarian terrorists of Sipah-e-Sahaba ran from behind the Ahle-Sunnat-Wal-Jamat (ASWJ) façade. Ironically, the ASWJ itself was a proscribed outfit whose leaders were allowed to participate by the caretaker government just days before the elections.

The underhanded plot was designed to shave off Nawaz Sharif’s conservative voters. These radicals and militants were spoilers in dozens of constituencies whereas the ASWJ lent direct support to the PTI for over 70 national assembly seats. Instead of the jihadists and radical mullahs courting the mainstream voters, the mainstream leaders were forced to pander to their virulent creed. Imran Khan himself made declarations to uphold an infamous law, which calls for punishment – including death penalty – for blaspheming the Prophet Muhammad. Add to this Imran Khan’s constant smearing of Nawaz Sharif as “Modi ka jo yar hai, ghaddar hai ghaddar hai (whomsoever is Modi’s friend is a traitor)” and one has the political narrative dial cranked sharply to the extreme right. And this is exactly the reset the army had desired since the restoration of democracy in 2008.

Unfortunately, it is not the first time that the Pakistan army has tried to manufacture political mandate for either itself or its selected henchmen. The history of political engineering in Pakistan is as old as the army’s intervention in politics. The first army dictator Field Marshal Ayub Khan, imposed a system called Basic Democracy, in which 80,000 individuals were elected by universal suffrage and then went on to form an electoral college to eventually elect the president, who happened to be Ayub Khan himself. The second military ruler, General Yahya Khan and his clique of generals had put into practice the so-called Sher Ali Formula – named after General Sher Ali Khan Pataudi – in which, the ostensibly “patriotic” politicians were to be given patronage against the ones the army smeared as “unpatriotic.

The third dictator, General Zia-ul-Haq had assorted tricks up his sleeve that ranged from overt Islamisation of Pakistan to creation of a party-less parliament in 1985, in yet another attempt to impose controlled democracy. The fourth military ruler, General Pervez Musharraf again tampered with the constitution and introduced regulations to eliminate political opponents in the name of devolution of power, bringing forth educated leadership and curbing corruption. Zia and Musharraf both also held blatantly rigged referenda to get themselves elected as presidents while donning the uniform. The problem with the military rule is that it remains inherently illegitimate, something which is not lost on the junta. The successive military regimes, have therefore sought a veneer of legitimacy through controlled democracy. For the past decade, the army has ruled from behind the scenes but has not been able to curb its appetite for complete control. 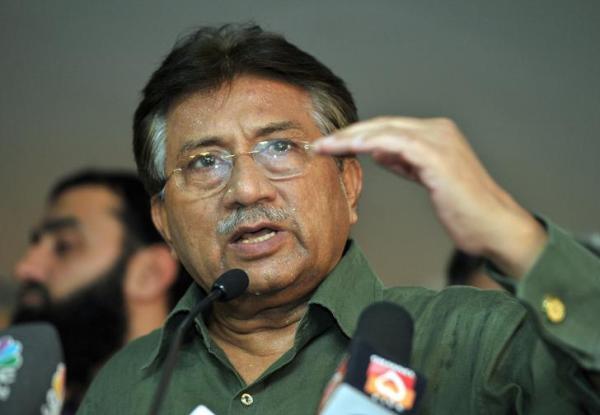 Managing the July 25 election is nothing but continuation of the army’s experimentation in controlled democracy and the eventual outcome is unlikely to be different than the previous debacles. For starters, despite proclamations to the contrary, Pakistan stares into an economic abyss. The PTI’s point-man on economy, Asad Umar, has indicated that Pakistan is in dire need of a bailout, quite likely from the IMF. That Pakistan needs another shot in the arm from IMF is nothing new or extraordinary.

However, what makes things complicated is the country’s consistent veering out of the US orbit into the Chinese one. The much-trumpeted China Pakistan Economic Corridor (CPEC) is already hitting a snag after three years with little progress but mounting debt burden, a large chunk of which is Chinese loans and imports for projects that are part of the CPEC. Pakistan has frequently turned to China for help in avoiding a foreign currency crisis and the latter has obliged, at least “in part because it does not want details made public about the loans it has made as part of the CPEC.” The magnitude of the looming crisis however seems beyond what a Chinese lifeline can salvage. In a comprehensive article, the Pak-China expert Andrew Small has warned of the economic and geopolitical consequences of the impending currency deficit crisis and the complications it portends in an otherwise all-weather bilateral friendship.

Being beholden to army and its extremist protégé groups, for his political success also means that Imran Khan will be unlikely and unwilling to question the former’s use of cross-border jihadism to prosecute the country’s national security and foreign policies. An unrepentant apologist of the religious extremists, Imran Khan has been nicknamed Taliban Khan for years. The Pakistan army has given no indication of wrapping up its jihadist project, which specifically targets India and Afghanistan.

For example, Praveen Swami has reported that as Imran Khan gets ready to step into the high office, the terror group “Jaish-e-Mohammed has been secretly building work on a 15-acre complex on the outskirts of the city of Bahawalpur – five times the size of its existing headquarters. The complex, the Jaish hopes, will train thousands of young children”. Similarly, the Afghan Taliban project remains very much intact. Imran Khan, for his part, has made peace overtures to India, Afghanistan and the US, in his victory speech. The speech was a departure from his usual belligerent rambling and its best part perhaps was that he – unlike the DGISPR – didn’t gloat against the opponents. However, like the domestic economic and reform agenda, the talk was more fluff than substance. It will be interesting to see how Imran Khan could turn his on-the-campaign-trail demagoguery and populist sloganeering into something tangible. Pakistan’s neighbours should take the newly-minted leader’s spiel with a pinch of salt.

On their part, the PMLN – led by Shehbaz Sharif, while the elder Sharif is in prison – is grappling with how to go about protesting the dirty election. The party has edged passed the PTI in the largest province, the Punjab and wants to form a government there. It seems highly unlikely that Khan, backed by the military establishment and supported by assorted independent members, would let the PMLN keep its Punjab bastion. The younger Sharif, unlike his jailed brother, has never been known to be much of a national leader, let alone a formidable opposition leader. While many other parties routed in the elections wanted to take to the streets and not join the parliament, Shehbaz Sharif dillydallied and seems poised to accept the election results under protest.

The PMLN is not just the single largest opposition party now but also the primary aggrieved party. With it accepting the results as fait accompli, the election heist actually will get the veneer of legitimacy, the fig leaf that the army has always sought for its controlled democracy. However, almost every military protégé from Zulfikar Ali Bhutto to Nawaz Sharif himself has rebelled against the praetorian guard for its overreach and it is quite likely that Imran Khan may end up in the same league in due course of time.