With both the opposition and the BJP trying to emphasise their nationalist leanings, the political warfare within the country has, perhaps, just begun. 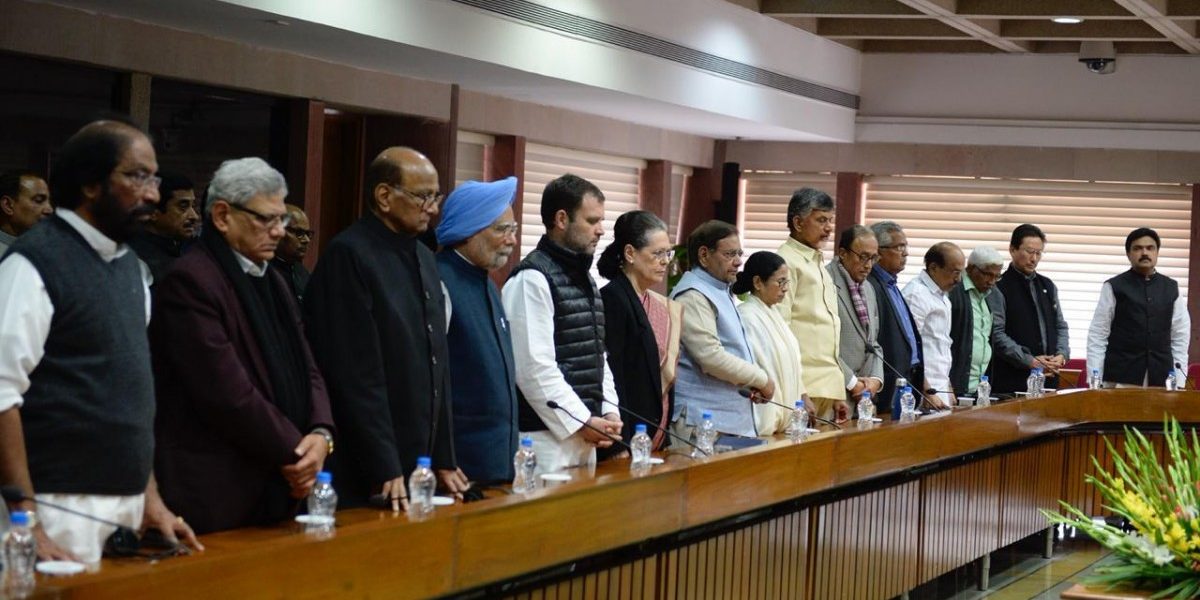 New Delhi: With tensions between India and Pakistan spiralling along the LoC, the rhetoric deployed by Indian political parties is also showing signs of escalation.

A day after BJP president Amit Shah in Ghazipur of Uttar Pradesh sought political mileage from the Indian Air Force’s strike at Balakot, Pakistan, the opposition parties criticised the “blatant politicisation of the sacrifices made by our Armed Forces”.

On February 26, when the IAF said it destroyed a Jaish-e-Mohammed training camp in Balakot, Pakistan, Shah had told a gathering in Ghazipur that only Narendra Modi can give a “mooh tod jawab” (fitting reply) to Pakistan. He then went on to ask people to vote the Bharatiya Janata Party instead of the Samajwadi Party-Bahujan Samaj Party- Rashtriya Lok Dal alliance in the upcoming general elections.

On Wednesday, representatives of 21 opposition parties gathered at the parliament library building to discuss the way forward as tensions between the two neighbouring countries soared after Pakistan violated India’s air space on Wednesday morning.

In a veiled attack on the BJP, the opposition parties issued a joint statement pointing out the saffron party’s “attempt to politicise the sacrifice of the Indian soldiers in Pulwama”.

While condemning the Pulwama attack on the CRPF personnel by “Pakistan-sponsored terrorists of Jaish-e-Mohammed”, the leaders expressed solidarity with the Indian armed forces.

“The meeting lauded the action taken by the Indian Air Force against the terrorist camp on 26th February 2019 and praised our Armed Forces for their valour and bravery,” the statement said.

At the same time, the statement went on to say, “The meeting of 21 parties expressed their deep anguish over the blatant politicization of the sacrifices made by our Armed Forces by leaders of the ruling party. National security must transcend narrow political considerations.”

The opposition leaders also said that “the Prime Minister has, regrettably, not convened an-all party meeting as per the established practice in our democracy.”

The opposition parties agreed that the government should “take the nation into confidence on all measures to protect India’s sovereignty, unity and integrity” in light of the MEA acknowledging “the targeting of our military installations and loss of one fighter aircraft” on Wednesday. 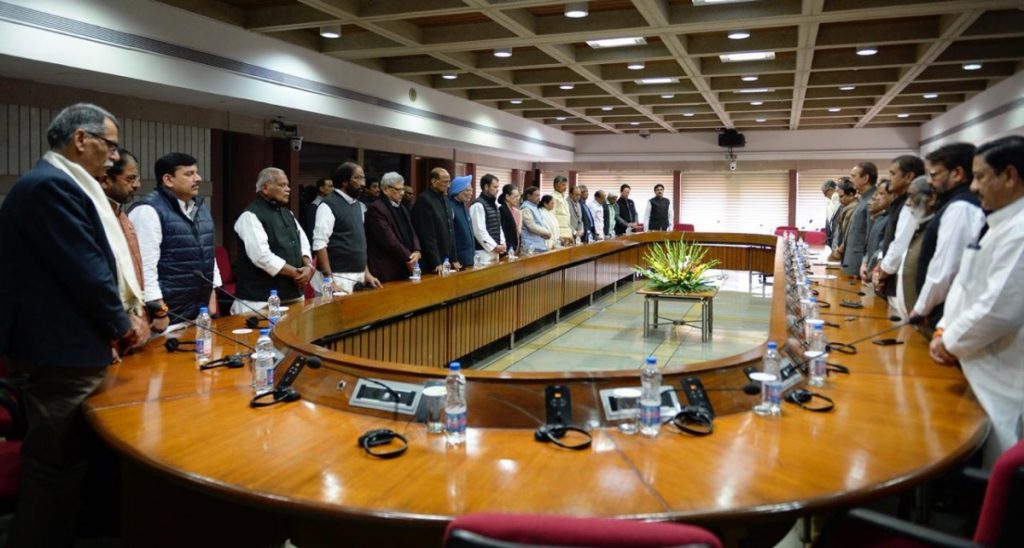 They expressed concern over the current security situation and condemned Pakistan’s attack on Wednesday, calling it a “Pakistani misadventure”.

The opposition parties also expressed “their deep concern for the safety of our missing pilot”, which the MEA acknowledged on Wednesday.

Among the leaders who attended the meeting were Rahul Gandhi, Sonia Gandhi, Manmohan Singh, A.K. Antony, Ghulam Nabi Azad and Ahmed Patel from the Congress.

A few days after the Pulwama attack, the debate over its politicisation began. TMC leader and West Bengal chief minister Mamata Banerjee alleged that the BJP leaders were using the sacrifice of soldiers for electoral gains. She pointed out that all opposition parties had extended their complete support to the government in its anti-terrorism measures.

Referring to the prime minister and Shah’s speeches immediately after the Pulwama attack, Banerjee said, “The way Modiji and Amit Shah are giving statements every day, it seems they are the only patriots in this country and we are not.

Also Read: The Airstrikes Had Three Targets, But Hit Bullseye in Just One

She added that she was forced to break her silence as the BJP did not respect the solidarity the opposition parties had extended to the Modi government.

She went on to ask, “What actions have been taken in the past five years to stop Pakistan? How did you allow Pakistan to do it? From where did Pakistan get such encouragement? Why did this happen when election are round the corner, and just after the Parliament session has ended?”

The joint statement by the opposition parties signals a polarised political campaign ahead of the general elections. With both the opposition and the BJP trying to emphasise their nationalist leanings, the political warfare within the country has, perhaps, just begun.