One Dead After Gau Rakshaks Assault Five Men in Alwar

Pehlu Khan succumbed to his injuries two days after him and four others were assaulted on the highway for allegedly transporting cows illegally. 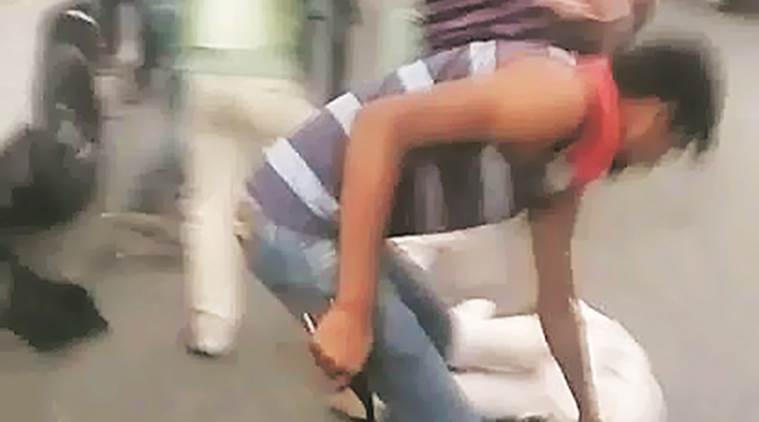 Two days after a group of five men was attacked by gau rakshaks on the Alwar highway for transporting cows, one of them, 55-year-old Haryana resident, Pehlu Khan, succumbed to his injuries Monday night, the Indian Express reported.

While the Rajasthan Bovine Animal Act, 1995 forbids the transportation of cattle for slaughter, the Act allows cattle to be transported for dairy farming or agricultural purposes with permission from the district administration. There are conflicting reports on whether the men had documents or not, while one of the victims claims the gau rakshaks did not let him produce the relevant documents, Alwar’s police has not made any comment and Behror’s station house officer claims that the victims have been booked under this Act – implying they did not have the relevant permission to be transporting the cattle.

The mob that attacked Khan and his four fellow transporters was not interested in whether the men were carrying permits for the cows they were driving back to Haryana. Azmat, one of the four surviving victims of the assault, told Indian Express, “I told them [gau rakshaks] I had all the documents but they pulled us out of the vehicle and beat us up. They took away Rs 35,000 from me. I later lost consciousness and woke up in a hospital at around 1 am on Sunday.”

Notably, the victims also reported that their driver, a man named Arjun, was told to run away and not get beaten up along with the other transporters – all of whom were Muslim men from Nuh, Haryana.

Khan, Azmat and there others were returning with two milching cows in an open pickup truck when they were assaulted on the road at around 6:PM on Saturday.

Following Khan’s death, the Rajasthan police have announced a reward of Rs 5,000 for anyone with information about the six suspects that Khan named in his report to the police before he succumbed to his injuries.

Sinsinwar also stated that the perpetrators were “affiliated with the Vishwa Hindu Parishad and Bajrang Dal”.

Meanwhile, the survivors have also accused Kailash hospital in Behror, where they were being treated, of inadequate care. Azmat’s brother Yusuf told India Today, “Everyone at the hospital was looking down at us… Pehlu died because he didn’t receive proper care.”

However, the director of the hospital, Shyam Sunder Sharma, dismissed these claims, adding that the patients were also given discounts on their treatment.

The People’s Union of Civil Liberties, Rajasthan has released a statement demanding that the gau rakshaks responsible for the attack be arrested, the state government pay Khan’s family Rs 1 crore because it “failed to protect” him and also pay each of the victims Rs 10 lakh. It has called for the resignation of Sinsinwar, Behror’s station house officer and Prakash, Alwar’s superintendent of police.

The incident comes in the wake of UP chief minister Adityanath’s crackdown on illegal slaughterhouses and Gujarat passing a law that makes cow slaughter punishable by life imprisonment.