The speaker has admitted the motion and said it will be discussed in "two-three days". 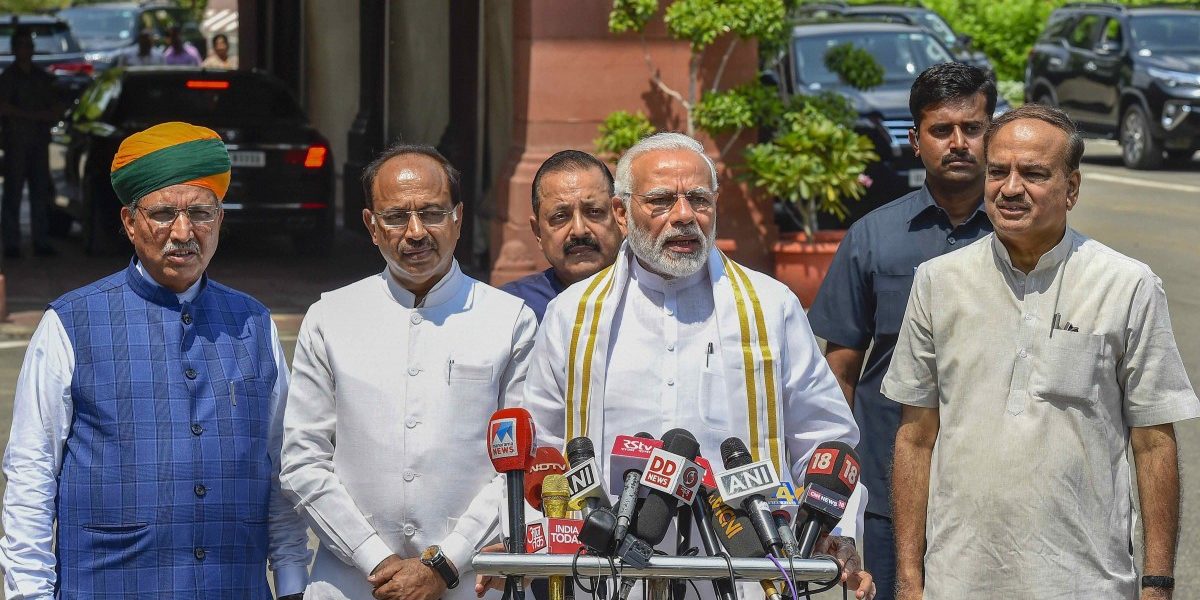 New Delhi: A no-confidence motion against the Narendra Modi government was today moved in the Lok Sabha, with Speaker Sumitra Mahajan admitting it and saying she would announce the date for a debate on it in “two-three days”.

She said she will notify the date for discussion on the no-confidence motion in “two-three days”. Beginning today, the Monsoon session ends on August 10. It will have 18 sittings.

The speaker named all opposition members who had moved similar no-confidence motions and said Telugu Desam Party’s Kesineni Srinivas would move his motion as his name had come up in the lottery.

The member of the TDP, which had quit the ruling NDA coalition in March protesting against the government not giving a special package to Andhra Pradesh, moved the motion during Zero Hour.

Parliamentary affairs minister Ananth Kumar said the government was ready to face the no-confidence motion and win it as it enjoyed a two-third majority in the house.

The TDP members had moved a no-confidence motion during the Budget session of parliament as well. It was then rejected by the speaker on the grounds that the house was not in order. The speaker’s decision was criticised then. Former Lok Sabha general secretary P.D.T. Achary wrote in The Wire, “It can be seen from the rules that the Speaker has not been given the power to admit or disallow this motion, she/he has to merely form an opinion that the motion is in order. The leave to move the motion is granted by the House and not by the Speaker. This is the specialty of the no-confidence motion. Every other business needs to be admitted by the Speaker before it is brought before the House.”

The Congress on Tuesday had said that a number of opposition parties will collectively give a notice for a no-confidence motion against the Modi government. Leader of the Congress in the Lok Sabha Mallikarjun Kharge said several parties agreed during a meeting of opposition leaders on Monday to work together to bring a no-confidence motion against the government.

“Around 12 opposition parties held a meeting yesterday where they agreed for collectively bringing a vote of no-confidence against the government in the Monsoon Session,” he said at a press conference. Kharge said opposition parties will demand the grant of special status to Andhra Pradesh, apart from raising issues such as lynchings, atrocities against women and Dalits and dilution of a law meant for SCs.

Kharge also read out some “common issues” finalised by opposition parties and said it was the responsibility of the government to take the opposition into confidence.

According to PRS Legislative Research, there are currently 68 Bills pending before parliament. A report by the research organisation had said that the Budget session of parliament was the least productive since 2000, for both the Lok Sabha and Rajya Sabha.