Patnaik vs Panda: Is Odisha TV Caught in the Crossfire?

The opposition has alleged that the channel, owned by Panda’s wife, is being intimidated for reporting on the Patnaik government’s handling of the pandemic.

The friction seems to have cast a shadow on the Panda family’s media venture, Odisha Television Ltd, the state’s premier news channel run by the former MP’s wife, Jagi Mangat Panda. Opposition leaders have alleged that OTV is being hounded for exposing the Patnaik government’s acts of omission and commission – especially its shortcomings on the handling of the outbreak of coronavirus. They have accused the state government of trying to silence independent media in the state.

Protests from the opposition became even more clamorous after police on Thursday picked up a senior reporter of the channel from near his residence in Bhubaneswar without any prior warning. Ramesh Rath, who specialises in investigative reporting, was whisked away by a team of Keonjhar police officials in connection with an old case pertaining to an obscene video clip of a public figure that had gone viral.

The police team, which also seized Rath’s mobile phones, later went to the OTV office in Bhubaneswar to allegedly search for evidence against him. Police said that a former OTV journalist was involved in the case and he had told them that some evidence related to the matter could be traced in the channel’s office. Rath was apparently picked up on the basis of the statement of this man who is an accused in the case.

Rath, who has been asked to appear at the Keonjhar Sadar Police Station on October 21, was himself flabbergasted by the turn of events. “Without any intimation, they picked me up and even seized my mobile phones. I was issued a notice to appear before the Keonjhar Police,” Rath said, speaking to The Wire, and added that he felt that action was taken against him due to political motivations.

While the channel’s news editor, Radha Madhab Mishra, said that the action against Rath was bizarre, Keonjhar Sadar police station in-charge, Jai Narayan Khandei, said that the police were acting on the basis of the statement of the accused who had been arrested in the case earlier.

However, OTV’s operating officer, Litisha Mangat said that the action was vindictive, especially as it came just a day after the channel ran a story raising question marks over chief minister Naveen Patnaik’s aerial survey of the flood-affected areas of Jajpur district on August 31. The report, which was based entirely on the information obtained by an RTI activist, had said that Patnaik’s helicopter took off and returned to the Bhubaneswar airport in 19 minutes – including a flight time of just nine and a half minutes – which appeared to cast doubts on the claims regarding the survey made by the chief minister.

However, later the Airports Authority of India (AAI) clarified that the chief minister’s chopper was airborne for 19 minutes. In a statement, it said that Patnaik’s flight departed at 3:42 pm on August 31 and landed at Bhubaneswar Airport at 4:01 PM. The actual flying time, thus, was 19 minutes excluding warm up time, start up time at the apron and taxi time to runway and return to apron after landing.

The channel, however, claimed that it had tried its best to get the reaction of the chief minister’s office on the issue but without any success. Against this backdrop, Mangat said that the timing of action against OTV’s investigative reporter was suspicious. “The police even came to our office and wanted to search the premises. We said we are ready to cooperate but they have to give us everything in writing. They didn’t agree. The truth is that the government has been after us ever since we started exposing corruption and other problems on the COVID management front,” said the channel’s operating officer.

According to Mangat, a viral audio clip containing snippets of a long conversation between two friends, which allegedly exposed not only mismanagement of the pandemic but also corruption, was uploaded to the channel’s digital platform a few months ago.

The government was embarrassed by this and arrested not just the persons whose conversation was recorded in the clip but also sent a notice to OTV for uploading the clip with “mischievous intentions”.

Mangat said that since then there have been more attempts by the government to intimidate OTV, the latest example being the demolition of the boundary wall of its CSR project at Sarua in Khordha district, nearly 40 kms from Bhubaneswar. The demolition was carried out in the presence of district officials purportedly to allow free flow of water into the nearby agricultural fields which was viewed as a flimsy excuse by critics of the government.

“It is now more than clear that the government is trying to throttle independent media. It has become intolerant of criticism and is trying to browbeat anyone pointing out its flaws. This is an attack on democracy and the freedom of the media. It should be opposed by all,” said former Congress MLA from Balikuda-Ersama, Lalatendu Mohapatra.

Similar sentiments were expressed by former BJP MLA Pradip Purohit, who felt that the government was being vengeful towards the channel because of its relentless campaign to expose corruption and mismanagement and Baijayant Panda’s bitter political relations with chief minister Naveen Patnaik. “But none of this justifies the action of the government. Political rivalry should not become an excuse for choking the voice of an independent news channel,” said Purohit.

Panda, a former MP, was one of the founding members of Biju Janata Dal (BJD), which is headed by Naveen Patnaik. Both were extremely close in the early years of Patnaik’s political career. Panda, in fact, was seen as the intellectual face of BJD in Delhi’s elite circles and often articulated the party’s policies at the national level. 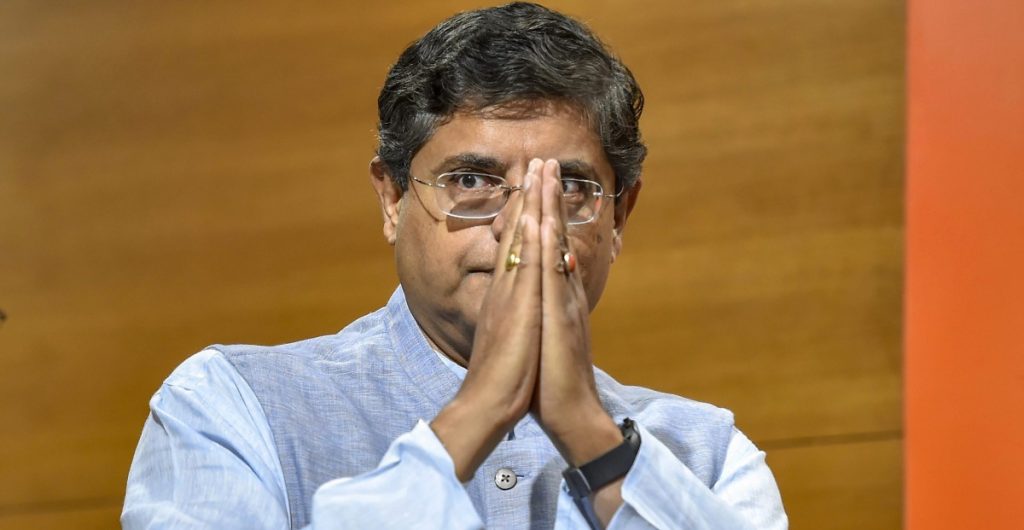 Sources said that excessive bureaucratic interference in the state administration triggered differences between the two leaders and they reached a flashpoint when Patnaik suspended his one-time friend from the party in January 2018. Panda quit the BJD in May the same year and joined the Bhartiya Janata Party next year.

Though his wife and OTV managing director, Jagi Mangat Panda has consistently maintained that she is an entrepreneur and is not involved in her husband’s political work, the ruling dispensation seems far from convinced.

“They are deliberately targeting a popular leader like chief minister Naveen Patnaik. They have been trying to tarnish the image of our party government. This is not good,” said BJD general secretary, Bijay Nayak. Chances of an early truce between the warring sides appear to be remote at the moment.