Riding solely on Naveen Patnaik's popularity, the ruling BJD has been winning every bypoll held after the 2019 general elections. But, in Dhamnagar this did not prove to be sufficient. 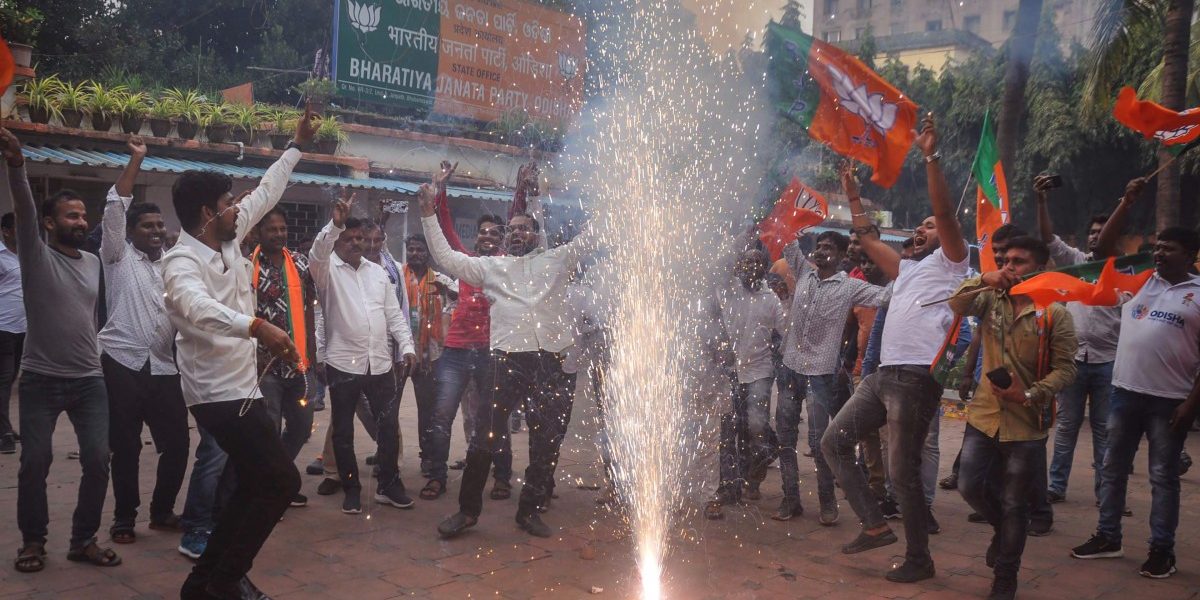 Bhubaneswar: The Naveen Patnaik-led Biju Janata Dal (BJD)’s winning streak in Odisha has come to an end with the party’s defeat in the Dhamnagar assembly bypoll at the hands of the Bharatiya Janata Party (BJP). The saffron party retained this coastal seat with a convincing margin of 9,881 votes.

This is the BJD’s first defeat in a by-election in the state since the general elections of 2019, which saw it returning to power for the fifth time in a row with a brute majority of 112 seats in the 147-strong state assembly.

The party had set a record of sorts by winning every bye-election held since 2019 and had even managed to snatch the Balasore Sadar seat from the BJP in the bypoll held towards the end of 2020. The defeat in Balasore Sadar had reduced the BJP’s assembly tally to 22 seats though it still remains the main opposition party in the state – a tag it snatched away from the Congress in 2019.

Though the BJP took full advantage of the sympathy factor in Dhamnagar by fielding Suryabanshi Suraj, the son of its former MLA Bishnu Charan Sethi whose death had necessitated the bypoll, a majority of the BJD leaders were still confident of winning the seat on the strength of the Patnaik government’s performance – the trump card of the party in every election. It did not matter to them even when it was confirmed that former BJD MLA Rajendra Das would enter the Dhamnagar fray as an independent candidate. In the end, however, this overconfidence proved to be the undoing of the party, as the rebel not only managed to poll more than 8,000 votes but also damaged the prospects of the party’s official candidate Abanti Das, a women’s self-help group (SHG) leader, in other ways.

The defeat also proved that BJD’s excessive reliance on the women empowerment card could also boomerang at times. The party, which has been campaigning for 33% representation for women in state assemblies as well as the parliament, had fielded several women in the 2019 elections and also fielded a woman in the Brajrajnagar assembly bypoll held in June this year.

However, political analysts believe that while the chief minister has succeeded in creating a faithful vote bank among women for the BJD by promoting the cause of women, he can get the best possible results only if the choice of the candidates is right.

“The choice of the candidate has to be right and based on merit. You can’t win an election simply by putting up a woman. She should be able to strike a chord with the electorate. This was apparently not the case in Dhamnagar. The BJD thought that its candidate would win solely on the strength of the chief minister’s popularity and the good work he has been doing for women. But this did not happen,” said political analyst Shashi Kant Mishra.

On the other hand, not only was the BJP’s choice of candidate perfect but the party also orchestrated its campaign well by highlighting the contributions of its former MLA Bishnu Charan Sethy to the constituency and assuring the people that his son Suryabanshi Suraj would prove to be the worthy successor to his father.

Having already lost the Balasore Sadar seat to the BJD in a bypoll in 2020, the BJP knew only too well that it could not afford another loss in Dhamanagar, which would have completely demoralised its cadre ahead of the 2024 general elections. Hence, the party threw everything into the campaign which was led from the front by Union minister Dharmendra Pradhan, who is the face of the party in the state. Union minister of state for Jal Shakti, Biseshwar Tudu, also campaigned for the party candidate.

“We did everything right in Dhamnagar. Our candidate was good, our strategy was perfect and we coordinated our campaign nicely with senior leaders like Union minister Dharmendra Pradhan leading from the front. Our victory has shattered the myth of Naveen Patnaik’s invincibility. The message from the people is that we can defeat the BJD if we work sincerely,” said state BJP general secretary Bhrigu Buxipatra.

While the outcome in Dhamanagar is bound to boost the morale of BJP workers, there is no denying the party’s steady rise in the state. The BJP was an ally of the BJD in Odisha for 11 years and shared power with it for about nine of those. It went into a downward spiral following the collapse of the alliance ahead of the 2009 assembly elections. 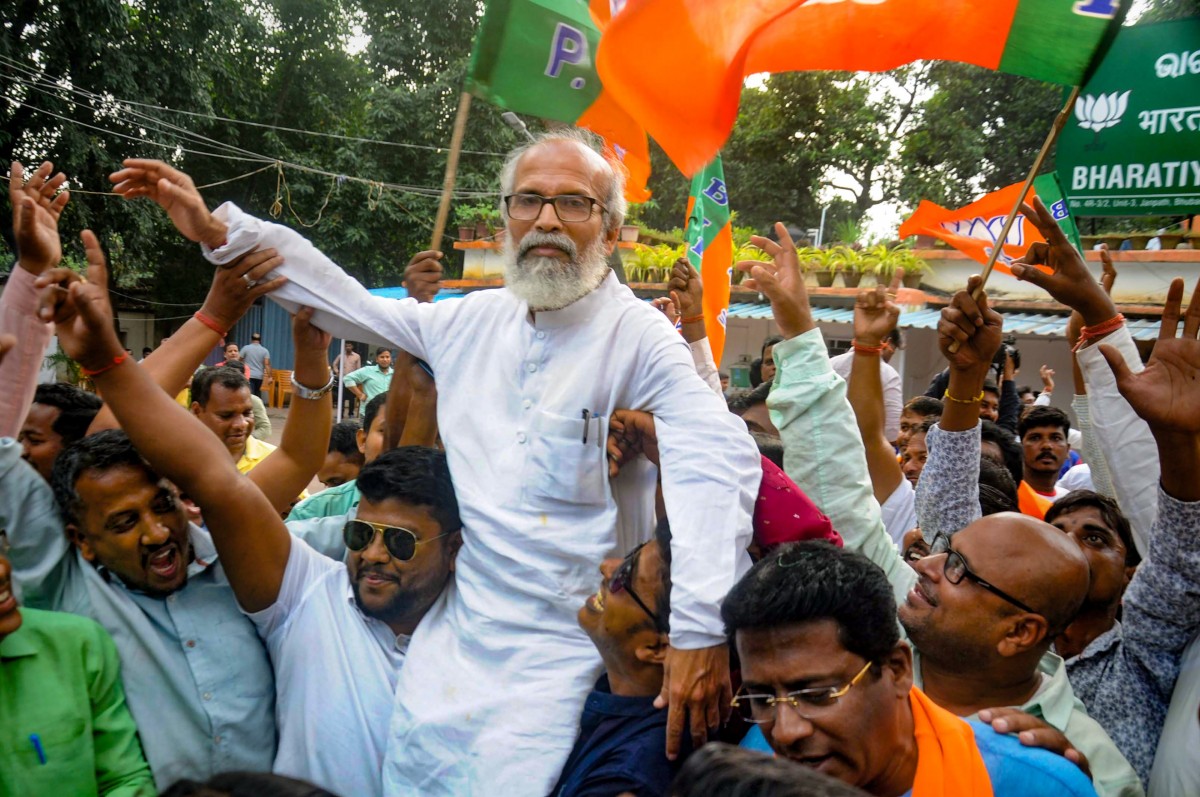 The two parties fought those elections separately, and while the BJD was able to form a government in the state on its own strength, the BJP could win just six seats. In the 2014 elections, its tally went up to 10 while the BJD won 117 seats and the Congress remained the main opposition party with 16 seats.

But 2019 was a watershed election for the BJP in Odisha. Taking advantage of Congress’s progressive decline in the state, the party won 23 seats in the state assembly and emerged as the main opposition party in the state for the first time.

While the BJD still remained firmly in the saddle with as many as 112 seats, the Congress could manage to win just nine seats. For the first time, the Congress found itself relegated to the third spot in Odisha with the lotus (BJP) sprouting in several constituencies. Though the BJP’s influence was still mainly confined to western Odisha – its traditional stronghold – it also won a few seats in coastal and northern Odisha, especially in the Mayurbhanj district. The party also registered significant victories in the concurrent Lok Sabha polls, winning eight of 21 seats, compared to just one in 2014.

The BJP also did well in the 2017 panchayat elections in the state, winning as many as 297 Zila Parishad seats against the 36 it had won in 2012. The party had capitalised mainly on the decline in the fortunes of the Congress, whose Zila Parishad tally shrunk from 126 in 2012 to a mere 60 in 2017. However, in the panchayat elections held earlier this year, the BJP failed to maintain its hold and its overall ZP tally was reduced to 42. But it still managed to push the Congress to the third position, with the grand old party winning just 37 ZP seats.

Given the drastic fall in the Congress’s fortunes over the years, electoral contests in Odisha have now become practically bipolar with the BJD and BJP fighting for political supremacy. Congress has been fielding candidates only to mark its presence in elections as a national party rather than as a serious contender for power.

This suits the BJP’s game plan to gradually build its strength while looking for a chink in chief minister Naveen Patnaik’s armour. It has been targeting Patnaik’s style of functioning and his model of development, especially his attempt to win mass support through populist schemes like rice for Rs 1 per kg and meals for Rs 5 for the urban poor. 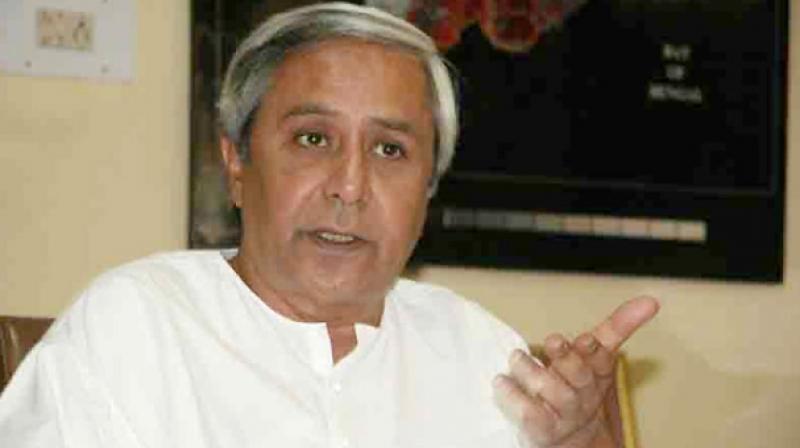 The party’s campaign against the BJD is two-fold. While it criticises the ruling party for trying to take the entire credit for the affordable rice scheme, pointing out that the rice being distributed among the poor was heavily subsidised by the Union government, it is also targeting the chief minister for making people dependent on government subsidies in the name of eradicating poverty.

“The BJD has been practicing the politics of freebies for quite some time. From providing rice for Rs 1 to meals for Rs 5 to the poor in urban areas, it has been trying to entice people in different ways in the name of poverty alleviation. But this has not led to any real development or improvement in the standard of living of people. People are slowly realising this and rejecting BJD’s developmental model which aims at making people dependent on the government instead of making them self-reliant,” said BJP state general secretary Bhrigu Buxipatra.

There seems to be some truth in the allegation though BJD leaders continue to maintain that despite the defeat in Dhamnagar, people continue to have faith in chief minister Naveen Patnaik’s developmental initiatives.

“It would be wrong to interpret the defeat of BJD in Dhamnagar as people’s rejection of the chief minister’s programmes and policies. It was BJP’s seat and they have retained it. But we are fully confident that we will bounce back as we have done in the past,” said BJD general secretary Bijay Nayak.