Most political analysts agree that the Biju Janata Dal owes much of its success to Patnaik's sharp political acumen. 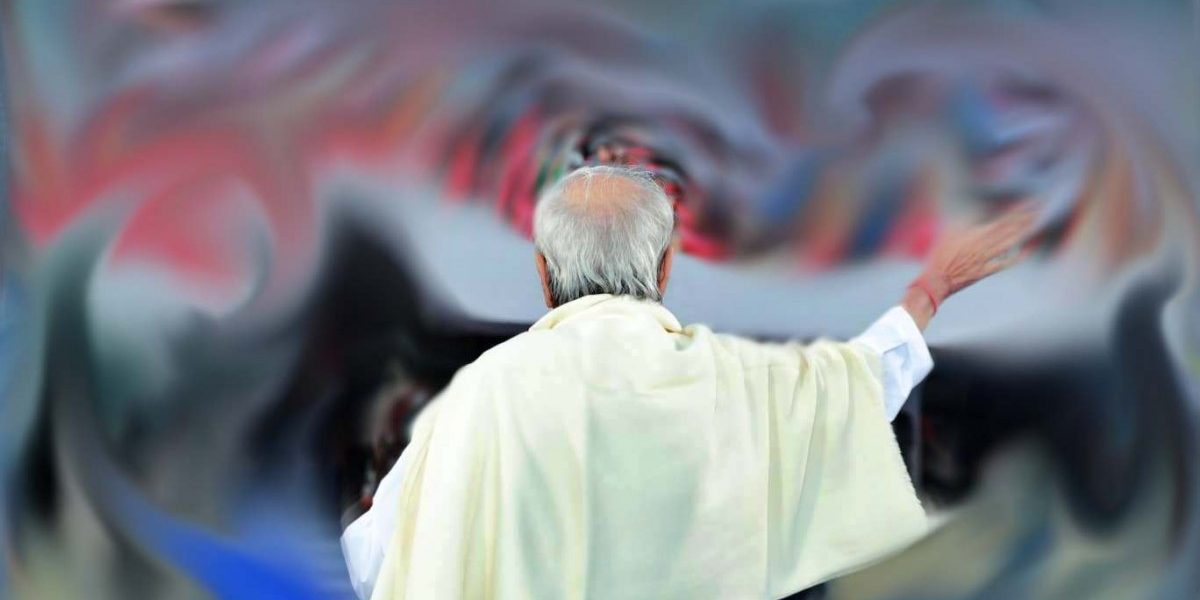 Bhubaneswar: As 2021 drew to an end, the Naveen Patnaik-led Biju Janata Dal (BJD) achieved yet another milestone. On December 26 it celebrated its silver jubilee, thus becoming not only the most successful but also the longest surviving regional party in Odisha. The phenomenal success of the BJD, which has turned into an election-winning machine, is singularly responsible for the emergence of Patnaik, its supreme leader and five-time chief minister of the state, as one of the most powerful regional satraps of the country.

In its long and chequered political history, Odisha has seen the rise and fall of several regional parties but none can be compared with BJD in terms of success or longevity. Ganatantra Parishad led by two powerful royals, R.N. Singh Deo of Bolangir-Patna and P.K. Deo of Kalahandi, was the first regional party of the state. Initially known as Koshala Utkal Praja Parishad, it was rechristened as Ganatantra Parishad in 1950. The party tasted political success and remained the major opposition in the state for about a decade. It enjoyed remarkable support in western Odisha, where royalty wielded a lot of power even after the abolition of the privy purse. However, the Parishad, which shared power with the Congress from May 1959 to February 1961, lost its independent identity about a year later following merger with the Swatantra Party, a national political outfit.

Five years after Gantantra Parishad’s disappearance from Odisha’s political scene was born Jana Congress, the second major regional party of the state under the leadership of Dr Harekrushna Mahatab. However, its birth being the upshot of growing factionalism within the Congress in those days, it was more power-oriented than focused on the regional issues of the state. Jana Congress formed a coalition government in the state with the Swatantra party in 1967.

The birth of the Utkal Congress, a regional party led by the charismatic Biju Patnaik in 1969, was one of the most important developments of the era of the ’60s and ’70s that witnessed massive political upheavals in the state. The emergence of the Utkal Congress, which played a major role in the formation of a coalition government led by Biswanath Dash, was a huge blow to the Congress. But this regional party, too, had a chequered history and faded out of state’s political canvas after a few years.

The Jagrat Orissa Party formed by former chief minister Nandini Satpathy after she parted ways with the Congress in 1977 following a confrontation with the Union was another regional outfit that failed to make much headway. Similar was the fate of the Odisha Gana Parishad launched in 2001 by veteran Bijay Mohapatra after he walked out of the BJD. The Odisha Jan Morcha floated by bureaucrat-turned-politician Pyarimohan Mohapatra in 2013 following his bitter parting with chief minister Naveen Patnaik and subsequent expulsion from the BJD also proved to be a damp squib.

But the BJD, formed in 1997 in the wake of veteran Biju Patnaik’s death, has stood the test of time. Led by his son Naveen, who is in his fifth consecutive term as the chief minister of the state, it has surpassed every other regional party of the state in terms of longevity. Boasting of an enviable record both in assembly and Lok Sabha elections, the BJD has emerged an important regional player at the national level. In this era of coalitions and political give and take, no government at the Centre can afford to ignore Naveen Patnaik or his party, which commands a brute majority of 114 in the 147-strong state assembly and has 12 Lok Sabha and nine Rajya Sabha members. 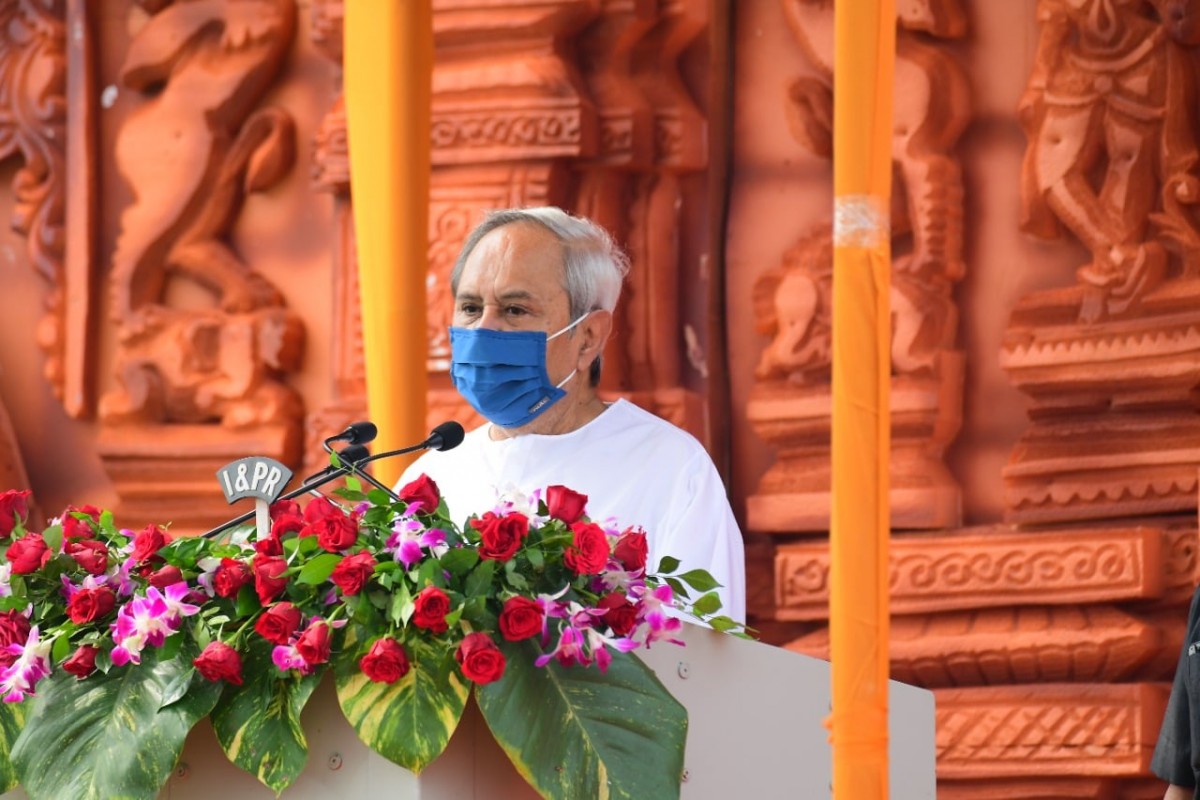 Most political analysts agree that the regional party owes much of its success to the sharp political acumen of Patnaik, who despite making a rather hesitant entry into politics in 1997 upon his legendary father’s death was quick to learn the ropes of the trade. Urbane and soft-spoken, he could barely speak Odia at the beginning of his career but he more than made up for this deficiency through his sincerity which appealed to the voters who elected him to the Lok Sabha from Aska in 1997 in a by-poll. Patnaik, who tied up with the BJP in 1998 in a clever move to consolidate non-Congress votes and became a cabinet minister in the NDA government led by Atal Behari Vajpayee, has not looked back.

Tapping into the popular anger against the incumbent Congress government of the state, which had utterly failed to tackle the aftermath of the 1999 super-cyclone, Patnaik led the BJD-BJP alliance to an emphatic victory in the 2000 assembly elections. The alliance broke in 2009, apparently over the issue of seat-sharing but actually because the BJD supremo, who had by then consolidated his position and gained enough confidence, was itching to get rid of his coalition partner which was suspected to have stoked the fires of the 2008 communal carnage in Kandhmal that sullied his secular image. The two parties fought the 2009 assembly polls separately, with BJD scoring an emphatic victory while the BJP was reduced to just six seats in the state assembly, one of its worst electoral performances ever.

Yet another important factor contributing to Patnaik’s uninterrupted stay in power since 2000 is his ability to read the popular pulse and clever use of the slogan of Odia pride, which was first coined by his father Biju Patnaik. He fought the 2019 elections on the twin planks of performance and restoration of Odia pride, which revolved around the demands of grant of special category status to Odisha and justice to the state on the issue of sharing of Mahanadi waters. The issue of Odia pride found a more concrete manifestation when the men’s hockey world cup 2018 was organised in Bhubaneswar for the first time and the capital city zoomed into international focus.

“The BJD remains synonymous with Naveen who is a master strategist. He knows how to make short work of enemies and has a plan ready for every election. He has consolidated his position over the years by launching a string of pro-poor initiatives and enhanced his reputation as a regional chieftain by taking up state-specific issues with the Centre. His rivals have utterly failed to match his political astuteness,” said well-known political analyst Professor Rajat Kujur.

While senior BJD leader and former minister Rabi Narayan Nanda also attributed his party’s success to the vision and pro-people attitude of the chief minister and asserted that it faced no challenge from any of its so-called rivals, state BJP general secretary Pruthviraj Harichandan rubbished the claim, saying that Naveen Patnaik was still taking advantage of the goodwill that the BJD-BJP coalition government had generated between 2000 and 2009 primarily due to the achievements of BJP ministers. “The present BJD government led by Naveen Babu has done nothing for the people. It survives on stunts which will not carry it far,” said Harichandan.

On the other hand, Saptagiri Ulaka, the only Congress Lok Sabha member from the state, attributed BJD’s success to the clever change of strategy from election to election. “If you look carefully, Naveen Patnaik has re-devised his strategy every time he was faced with a new situation on the electoral front. In the first phase of his career, he found it convenient to tie up with the BJP, but when he realised that the association was beginning to hurt his secular image in the wake of the Kandhmal riots, he parted ways with the saffron party in 2009. That was the beginning of a new phase and part of an entirely new strategy which paid rich dividends. It’s not that the Congress in Odisha is weak, but he has proved to be a clever strategist. Besides, he has also had his share of luck,” said Ulaka. While that may be true, there is no denying the tremendous success of BJD as a regional party under the leadership of Naveen Patnaik.