Why N.T. Rama Rao Is an Important Personality in India's Political History

NTR found an ideal biographer in Ramesh Kandula, who combines the sympathy of an admirer with the critical eye of a political journalist. 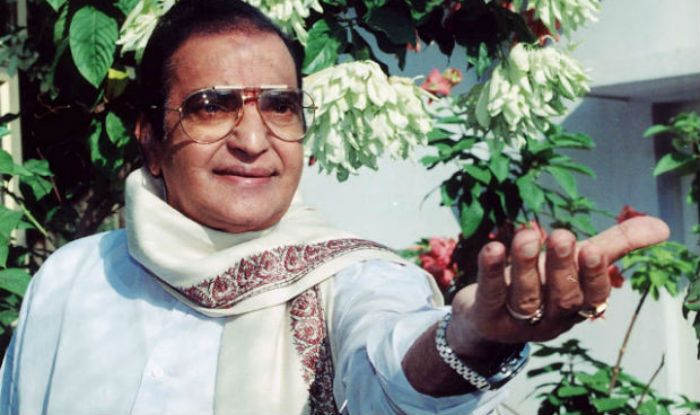 Kandula starts off by briefly explaining NTR’s film career, which serves as a background but cannot explain NTR’s political success. But his focus is definitely on NTR’s politics. To explain NTR’s arrival on the political scene, he explains the social background of Andhra politics, especially the role of the Kamma and Reddy communities. He cites sociologist M.N. Srinivas, who observes that the Kammas and Reddys fell apart after the Brahmins were pushed out of power in the 1930s. “One joined the Communists, and the other the Congress,” Srinivas had said. And Ramesh pinpoints what this meant: “The Congress in power meant the Reddys in power”, and the Telugu Desam Party was dubbed a Kamma party because NTR was a Kamma.

The intelligentsia in the state hated the Congress but was not happy with the emergence of the NTR, because they hated his arrogance, his rustic but dignified mannerisms, and his refusal to play by the norms of the game. He did not respect ideological dividing lines. As part of his quirky behaviour, for a while he wore a saffron dhoti and kurta, and for an even shorter period he wore turban in the manner of Swami Vivekananda. In the pre-turban days, he offered namaz with a group of Muslims in his saffron attire. 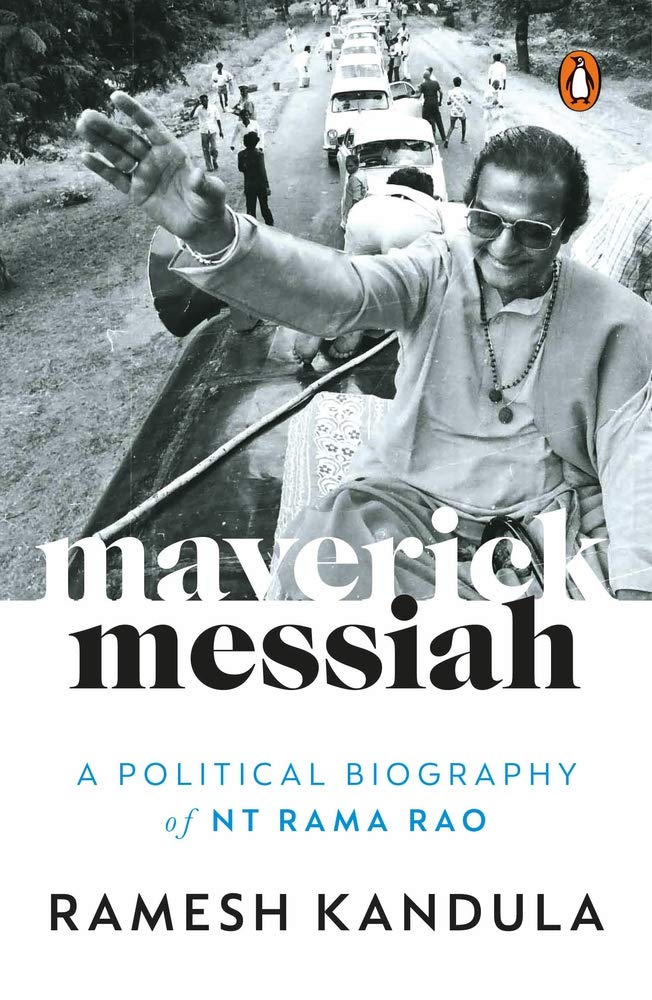 Though opposed to Brahmin-dominated cultural and social traditions, he was wedded to an antiquated Telugu culture which he expressed through his theatrical speeches. NTR was neither liked nor respected by the intelligentsia. They derided him even as he won elections with massive majorities in 1983, 1985 and 1994. He lost power in 1989 in the state assembly elections.

NTR’s political career was short and dramatic; it lasted for a mere 14 years. He is a fleeting memory now, though in the second half of the 1980s, the political novice played a key role in bringing together opposition parties – Left Front in West Bengal led by Jyoti Basu, AIADMK of M.G. Ramachandran, National Conference’s Farooq Abdullah from Jammu and Kashmir, Bharatiya Janata Party of Atal Bihari Vajpayee and L.K. Advani, and the Jan Morcha of V.P. Singh – after Singh broke with Rajiv Gandhi and the Congress, which led to the formation of the National Front and the 1989 defeat of Rajiv Gandhi.

But NTR faced problems in his own party. In 1984, his TDP colleague and senior minister Nadendla Bhaskar Rao, a former Congressman, dethroned him for a month and NTR fought back by parading his MLAs before President Zail Singh, and guarding his flock in a five-star hotel in then Bangalore. He lost power in the state in 1989 and returned victorious in 1994. But again he was dethroned in 1995, this time by his son-in-law N. Chandrababu Naidu, another former Congressman, in August-September 1995. He died in January 1996. It is an incredible political story.

The devil, or God, is in the details, and it is a detailed narration which makes this book solid in every sense of the word. Kandula writes, “It is my wish that NTR is restored to his rightful place in the country’s political history.” He is right, NTR’s role between 1983 and 1989 is important because it paved the way for the National Front under V.P. Singh to form the government, but NTR had become a marginal player because he lost the state assembly elections.

In historical memory, the 1980s are now as far off as the 1970s and 1960s. This book, however, serves as a good example of how a political biography/history should to be written, with all the little nuggets because it is the granularity that gives the  sense of the time and its complexities and confusions. NTR is indeed a man of contradictions, but the contradictions were not of his personality alone. The situation was replete with contradictions as well. That is why, in Ramesh’s telling of the story the heroes have their flaws and the villains have their justifications.