Let’s not harbour illusions about what constitutes corruption. Political corruption includes using the state to organise violence or doing nothing in the face of killings. 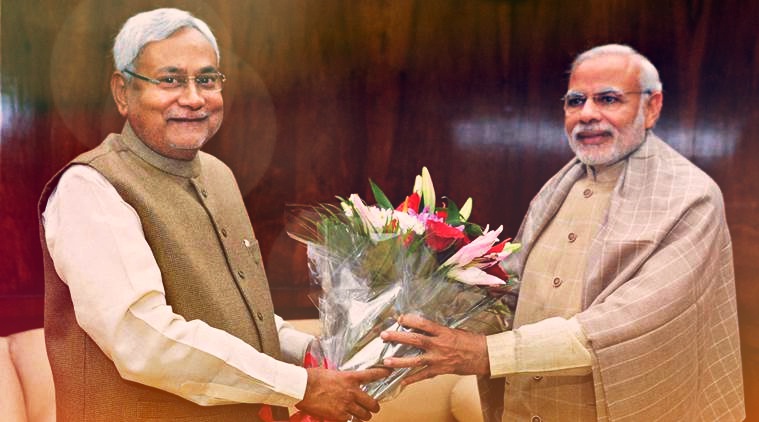 Contrary to what many have often argued – that we have entered a post-ideological age – there does seem to be a certain dominant ideology at work: the ideology of ‘anti-corruption’.

In campaigns against purported instances of corruption, the state is leveraging all its powerful agencies to bring political adversaries to their knees. Such seemingly militarised campaigns against ‘corrupt’ opposition leaders, executed with surgical precision, often appear to have a deeper political design. A design that is clearly visible in the scenario unfolding in Bihar revolving around Janata Dal (United) leader Nitish Kumar.

Rashtriya Janata Dal leader Lalu Prasad Yadav’s possible guilt in illegally amassing massive wealth is no doubt a critical question. Whether Lalu’s son, Tejashwi Yadav – a minister in Nitish’s cabinet until yesterday – has indulged in corruption is also a matter that warrants thorough investigation. But this messianic zeal to go after the corrupt – all of whom conveniently seem to belong to the opposition parties (particularly those challenging the present rulers in Delhi) – raises an important question: Are we in danger of forgetting some of the more critical and alarming aspects of our current political situation?

Announcing his decision to resign before the media, Nitish said on Wednesday night that he was responding to the “call of his conscience”. Even before the full impact of his announcement had sunk in, the JD(U) leader had teamed up with the BJP – the very same party he had severed his links with just four years ago. As Prime Minister Narendra Modi validated Nitish’s decision, supporting him in this supposed ‘fight against corruption’, Nitish thanked his admirer from the “bottom of his heart”. On Thursday morning, Nitish was sworn in as chief minister again – with BJP’s Sushil Modi as his deputy.

Should we dare ask why Nitish’s conscience did not nudge him when the 2002 riots engulfed Gujarat during the prime minister’s tenure as chief minister? Why did he continue to be part of the BJP-led National Democratic Alliance led by then Prime Minister Atal Bihari Vajpayee? Why did he break ranks with the NDA in 2013 when Modi was made the BJP’s prime ministerial candidate? And why, today, does the issue of corruption trump the atmosphere of violence and fear that is all around us?

Such cynical moves give lie to the idea that we have entered an age without ideology. On the contrary, it may be argued that we are in the process of imbibing – or perhaps have already embraced – an ideology of sheer opportunism. What sets this apart from earlier brands of political opportunism is that the implications today are perhaps more sinister than those we have witnessed before. The dominant ideology of the day appears to have scant regard for human life and the culture of intolerance and hate that many vulnerable communities are today engulfed by.

We seem to be indifferent to the crucial fact that structures of corruption are not rooted in the sphere of finance alone. There is a tendency to use the term ‘cleansing the system’ in a limited sense – to refer only to monetary corruption. But this limitation defeats the very purpose of cleansing the system in the first place.

Let’s not harbour any illusions about what constitutes corruption. Political corruption includes using the state machinery to organise collective violence against one community or another; or staging fake encounters without bringing the suspects to trial. But this form of violence doesn’t enter our definition of corruption today. It is either overlooked or dealt with as leniently as possible.

In contrast, the ‘rule of law’ is vigorously applied against the allegedly corrupt opposition rulers. Whether it is Trinamool Congress leader Mamata Banerjee or Aam Aadmi Party leader Arvind Kejriwal, the same state machinery which seems to be sluggish in acting against lynch mobs goes into overdrive when it comes to scoring points against political opponents.

In this context, we shouldn’t be naïve about what Nitish is doing in Bihar or praise him for wanting to root out corruption. The fact is, he is allying with the corrupt in the name of overthrowing corruption. For the millennials to whom 1984 and 2002 don’t hold much meaning, this is our version of the Game of Thrones.