The police had initially blamed Islamist groups but eventually zeroed in on a Hindutva plot after the one-time RSS activist Swami Aseemanand confessed to the involvement of Hindu fanatics in anti-Muslim terrorist violence. 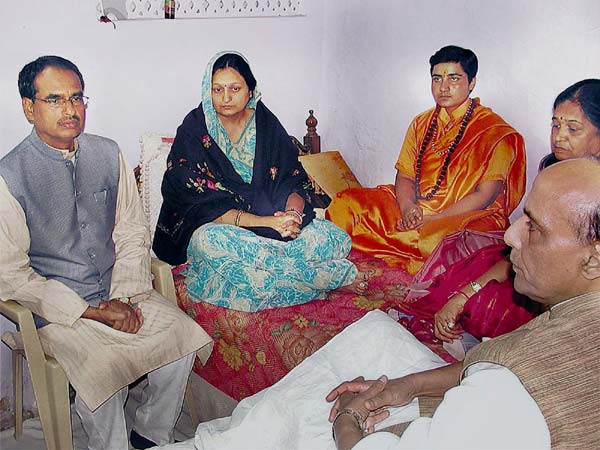 Jaipur: The National Investigation Agency on Monday filed a closure report in the 2007 Ajmer Dargah blast case, declaring that it did not have enough evidence of Sadhvi Pragya Singh Thakur and senior Rashtriya Swayamsevak Sangh leader Indresh Kumar’s involvement in the terrorist bombing of the Muslim shrine that killed three persons and injured over a dozen.

The agency submitted its closure report in a special NIA court in Jaipur citing lack of sufficient evidence to build a case against Sadhvi Pragya, Indresh Kumar, Ramesh Venkatrao Mahalkar and Rajendra alias Samandar (who is also an accused in Samjhauta Express train blast case and currently under judicial custody).

According to IANS, public prosecutor Ashwini Sharma said the court fixed the next hearing of the case for April 17 to decide whether the closure report should be accepted or not.

Three more suspects — Sandeep Dange, Suresh Nair and Ram Chandra Kalsangra — are still on the run in the case while two other accused Jayanti Bhai alias Ustad and Ramesh Gohil alias Ghanshyam have passed away in jail.

The NIA triggered a controversy in 2015 when Rohini Salian, a senior prosecutor responsible for handling the Malegaon blast matter in which Hindutva activists are facing terrorist charges, said that she was under pressure from agency officers to dilute the case.

A powerful bomb explosion took place at the popular shrine of Sufi saint Khawaja Moinuddin Chisti in Ajmer on the evening of October 11, 2007. The authorities initially blamed Islamist groups but eventually zeroed in on a Hindutva plot after the one-time RSS activist Swami Aseemanand confessed to the involvement of Hindu fanatics in anti-Muslim terrorist violence. Aseemanand himself was acquitted by the NIA court of involvement in the Ajmer blast last month.

The special NIA court had earlier found Sunil Joshi and Devendra Gupta – both of whom belonged to the RSS in the past – guilty of planning the blast, and Bhavesh Bhai Patel of planting the explosive. Both the men were sentenced to life imprisonment on March 22.

Sadhvi Pragya has been accused of being a member of Abhinav Bharat, a Hindu extremist outfit allegedly floated by military officer Lt. Col. Prasad Shrikant Purohit.

Besides this case, she has been given clean chit in the September 29, 2008, Malegaon bomb blast case that left six persons dead.