Responding to the mass shootings in the US last week, the astrophysicist tweeted the world had more pressing issues to deal with, and that "our emotions respond more to spectacle than to data". 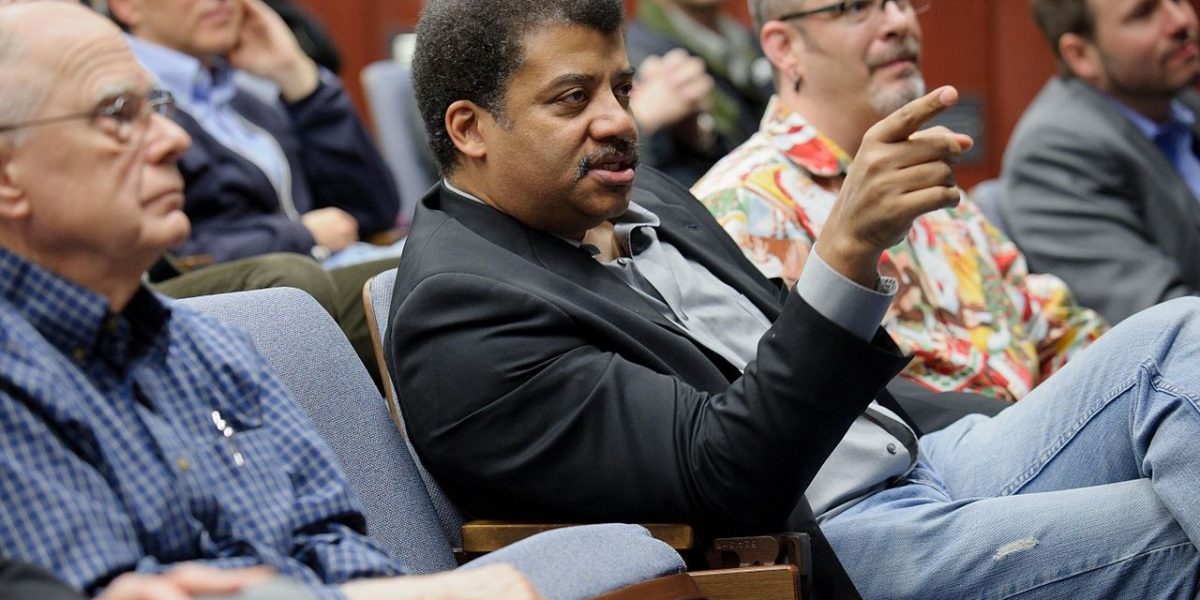 Twitter is, among other things, that place on the internet where people fight over the tips of icebergs. There is often the presumption that what ends up on Twitter has been thought through and carefully condensed to fit into the arbitrary 280-character limit, but then again, there is also ample evidence to the contrary: many of its users get caught up in the tips that they think is all there is. These possibilities cast a dark shadow on Twitter’s claim to represent reality. More often than not, it is its own world, and has nothing to do with the world around it except that it collects the worst opinions from there unto itself. Last night Neil deGrasse Tyson, the astrophysicist and celebrated science communicator, joined in by suggesting the outrage over America’s gun laws are misplaced:

In the past 48hrs, the USA horrifically lost 34 people to mass shootings.

On average, across any 48hrs, we also lose…

Often our emotions respond more to spectacle than to data.

deGrasse Tyson has been one of those people calling attention to how what we are reading about science on the web is often just a pinhole-sized snapshot of a more glorious thing lying hidden from view – just like an iceberg. Reading him on astronomy and cosmology, you would think he is not losing any context and that he is simply presenting what he can in 280 characters on the microblogging platform. Then again, the tweet above appears to be evidence to the contrary: it presumes to contain all the arguments and histories of the five issues it mentions in (exactly) 280 characters and which, in one fell swoop, dismisses all the outrage of the political left.

It is very disappointing the left has been painted as anti-fact and that the right claims to be guided by righteous logic when in fact this is the result of the deeper dismissal of the validity of the social sciences and humanities, which have served throughout history to make facts right and workable in their various contexts. The right has appropriated the importance of quantitative measures – and that alone – and brandishes it like a torch while the world burns below. As Alex Gladstein, chief strategy officer at the Human Rights Foundation and VP of strategy of the Oslo Freedom Forum, recently wrote in the New Republic, “dictators love development statistics” because “they’re an easily faked way to score international points”. Excerpt:

From the development initiatives of Jeffrey Sachs and Bill Gates, to Tony Blair’s despotic partnerships or Tom Friedman championing Chinese autocracy in The New York Times, the last two decades have seen political concerns repeatedly sidelined by development statistics. The classic defence of dictatorship is that without the messy constraints of free elections, free press, and free protests, autocrats can quickly tear down old cities to build efficient new ones, dam rivers to provide electricity, and lift millions out of poverty. The problem with using statistics to sing the praises of autocracy is that collecting verifiable data inside closed societies is nearly impossible. From Ethiopia to Kazakhstan, the data that “proves” that an authoritarian regime is doing good is often produced by that very same regime.

And by attacking the validity of the social sciences and humanities, the left has effectively had the rug pulled out from under its feet, and the intellectual purpose of its existence delegitimised. We are still talking about deGrasse Tyson’s tweet because, in his view, it seems facts are all there is, that data alone should settle the debate and that emotions and spectacles are unnecessarily stretching it out (notwithstanding the psychopathy of expressing this sentiment right after a mass murder). Thousands of other tweets swirl around it in response, telling him that he is right even though the left will eat him alive for it. You see, the right is the data and the left is the “soft science”, which – Quillette would have you believe – might as well be a synonym for ‘non-data’ and nonsense. And the only challenge the right is prepared to brook, or pretends to be prepared to brook, is numbers: those symbols that work one digit at a time, one character at a time, but which putatively contain everything you need to know about something, no further explanation required. We have seen this exaltation of mathematical logic, and Boolean algebra and lambda calculus and whatever else, before in the revanchist politics of the ‘New Atheism’ movement, and perhaps more recently when a Silicon Valley dude announced he had discovered the field of history.

Right now, I nor anyone else, don’t have – shouldn’t have – just numbers to rebut deGrasse Tyson’s argument because that is not all there is. But bowing to a personal compulsion to try, I say: deGrasse Tyson is pulling a Steven Pinker (as well as a bit of the “poverty first, Moon/Mars next” fallacy). The first three numbers on the list in his tweet have been on a downward trend for quite some time thanks to a) pharmaceutical innovation, b) increasing awareness of and sensitivity about what those issues actually stand for, and c) policies that open new avenues of treatment and legislation that deters casualties. (However, trends in disease mortality are currently being ‘disrupted’ by the rise of antimicrobial resistance, climate change and – lest we forget – the lopsided effects of these stressors on already-stressed economies.)

The fourth number, despite being about accidents and not wilful acts of malice actuated by the availability of guns, has also been on the decline (except for a relatively small spike in absolute numbers in 2016): Pinker, a cognitive psychologist at Harvard University, is relevant here because of his disingenuous conclusion that the world is becoming a better place and that cognitive biases are to blame for the left’s unwillingness to acknowledge that. His analyses are problematic because, especially in the domain of environmental action, they drawn upon snapshots of the full picture – as if he is content to work with the tips of icebergs. For example, consider the following excerpt from a rebuttal by George Monbiot to Pinker’s claim that countries become cleaner as they get richer, in the latter’s 2018 book Enlightenment Now:

Pinker suggests that the environmental impact of nations follows the same trajectory, claiming that the “environmental Kuznets Curve” shows they become cleaner as they get richer. To support this point, he compares Nordic countries with Afghanistan and Bangladesh. It is true that they do better on indicators such as air and water quality, as long as you disregard their impacts overseas. But when you look at the whole picture, including carbon emissions, you discover the opposite. The ecological footprints of Afghanistan and Bangladesh (namely the area required to provide the resources they use) are, respectively, 0.9 and 0.7 hectares per person. Norway’s is 5.8, Sweden’s is 6.5 and Finland, that paragon of environmental virtue, comes in at 6.7.

David Bell, a historian, took aim at a different portion of the book, in which Pinker appeared to be blind to the efforts of people who had fought, struggled and bent the arc of justice to serve them, instead labouring with the presumption that people should stop complaining because life has become better of its own volition:

Did Enlightenment forms of reasoning and scientific inquiry lie behind modern biological racism and eugenics? … Not at all, Pinker assures us. That was just a matter of bad science. … But Pinker largely fails to deal with the inconvenient fact that, at the time, it was not so obviously bad science. The defenders of these repellent theories, used to justify manifold forms of oppression, were published in scientific journals and appealed to the same standards of reason and utility upheld by Pinker. “Science” did not by itself inevitably beget these theories … The later disproving of these theories did not just come about because better science prevailed over worse science. It came about as well because of the moral and political activism that forced scientists to question data and conclusions they had largely taken for granted.

deGrasse Tyson, it would seem, has fallen prey to a similar bout of snapshotism: he has cherry-picked one moment in history where the number of gun-deaths (per 48 hours) is lower than the number of deaths due to medical errors, flu, suicide and car accidents, all shorn of the now-denounced context that humankind and all its broken systems are trying to improve them.

What his tweet, which purports to be the whole iceberg in some people’s worldview when in fact it is only the tip, fails to say is that America is doing little to nothing to prevent more gun deaths from happening, and in fact whose political establishment has often condoned the deleterious cultures of white supremacy and “involuntary celibacy” that powers it. If deGrasse Tyson had compared the effects of gun deaths on the conscience of a nation with the global failure to make polluters pay, with rising income inequality, with the decreasing resilience to pandemics in the developing world or with nationalism+xenophobia, he would have been closer to the truth of it: We don’t have to be ashamed of deaths due to medical errors, flu, suicide and car accidents, but we do have to be ashamed of mass murders.

A version of this article was first published on the author’s blog.