Nehru had his faults, but so do our current day leaders. It is easy to criticise but hard to build and nurture.

Objective conditions and circumstances determine the course of a nation’s history. Yet, individuals do and can shape and define that context. Such a moment of inflection was in 1947 when in dire conditions India won independence – famine on the eastern borders and the worst case of human migration on the western, together accounting for over 10 million people. The context was painful, requiring grit, fortitude and courage to handle.

Alongside was the monumental task of stitching up the nine British principalities and over 600 princely kingdoms into nationhood on the principle of democratic participation. The sheer enormity of this task becomes evident when we consider the fact that five years on the problems of bifurcation of just one state continue to fester. 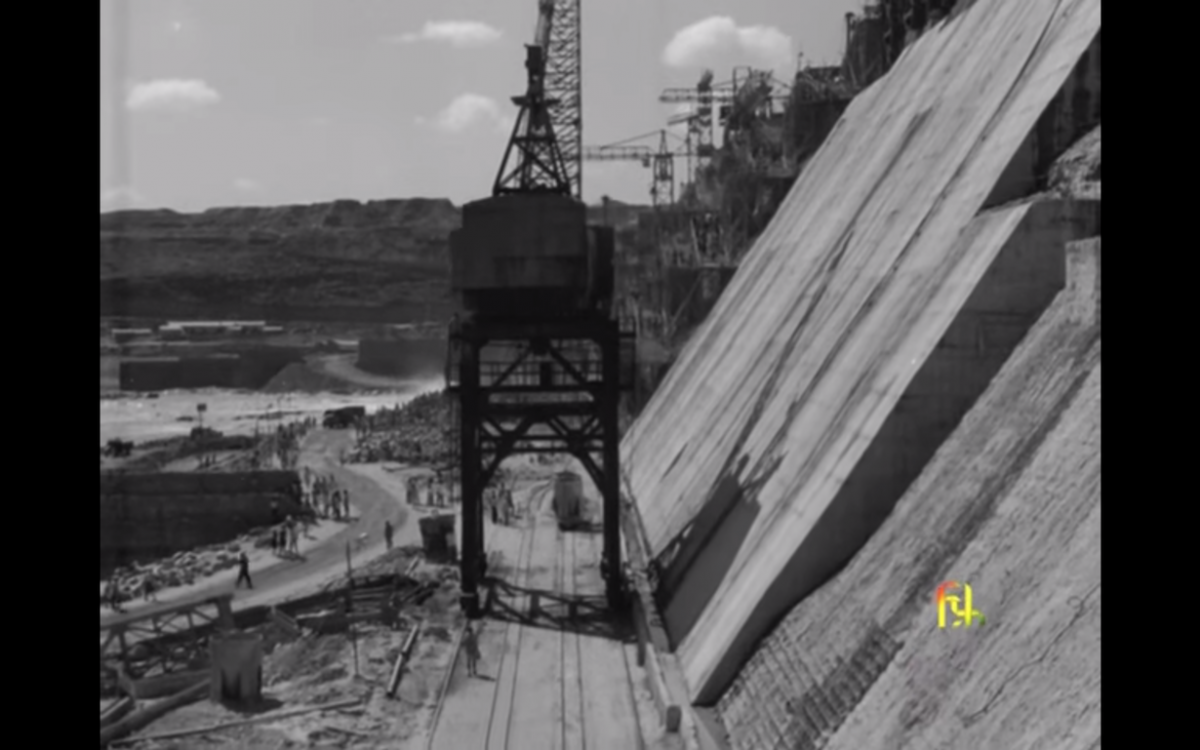 One has to allow imagination to soar, untrammelled by prejudice, to understand the gravity of the tasks that Nehru and his colleagues faced and handled so remarkably.

Nehru, a product of the freedom movement, symbolised the euphoria and feeling of intense nationalism that seeped into every citizen. Doctors, scientists, engineers left greener pastures abroad, unlike our present day NRI’s, and came back to build India. Old timers of the AIIMS used to tell me how Nehru inspired a whole generation of doctors to build the institution and it is a testimony of those times that it still continues to be one of the finest in the country.

Nehru brought Homi Bhabha and gave him full freedom to set up the space research programme in the country that continues to do us proud even today. Bhabha and people like Sarabhai in turn inspired scientists to return.

Nehru was responsible for establishing the five IIT’s that continue to be among the best in the world. The IIT’s were given autonomy to establish merit – they were not pulled up for serving non-vegetarian food.

My father too was one of these inspired ones. He was a civil engineer. At that time, India barely had a civil engineering department. Bhakra Nangal dam, made in cement concrete, had been built with the help of 200 American engineers. My father, as director in the Central Water and Power Commission, was a part of that story.

India was food deficit and dependent on food imports. But before Nehru died, India had ushered in the green revolution that consisted of three components – water, good seed and technical advise. If people like M.S. Swaminathan and the IARI provided the seeds, fertilizers and the advise, my father was responsible for the water.

For my father, the tipping point of Nehru’s legacy came with the decision he took in regard to the Nagarjunasagar dam that symbolises the deep sense of patriotism and pride that he had for India and Indians. My father had not only been singularly responsible for identifying the site where the dam stands today, but also its design. The site enabled irrigating over a million hectares by gravity. It was designed as a masonry dam, in view of the abysmal poverty prevailing in that region. 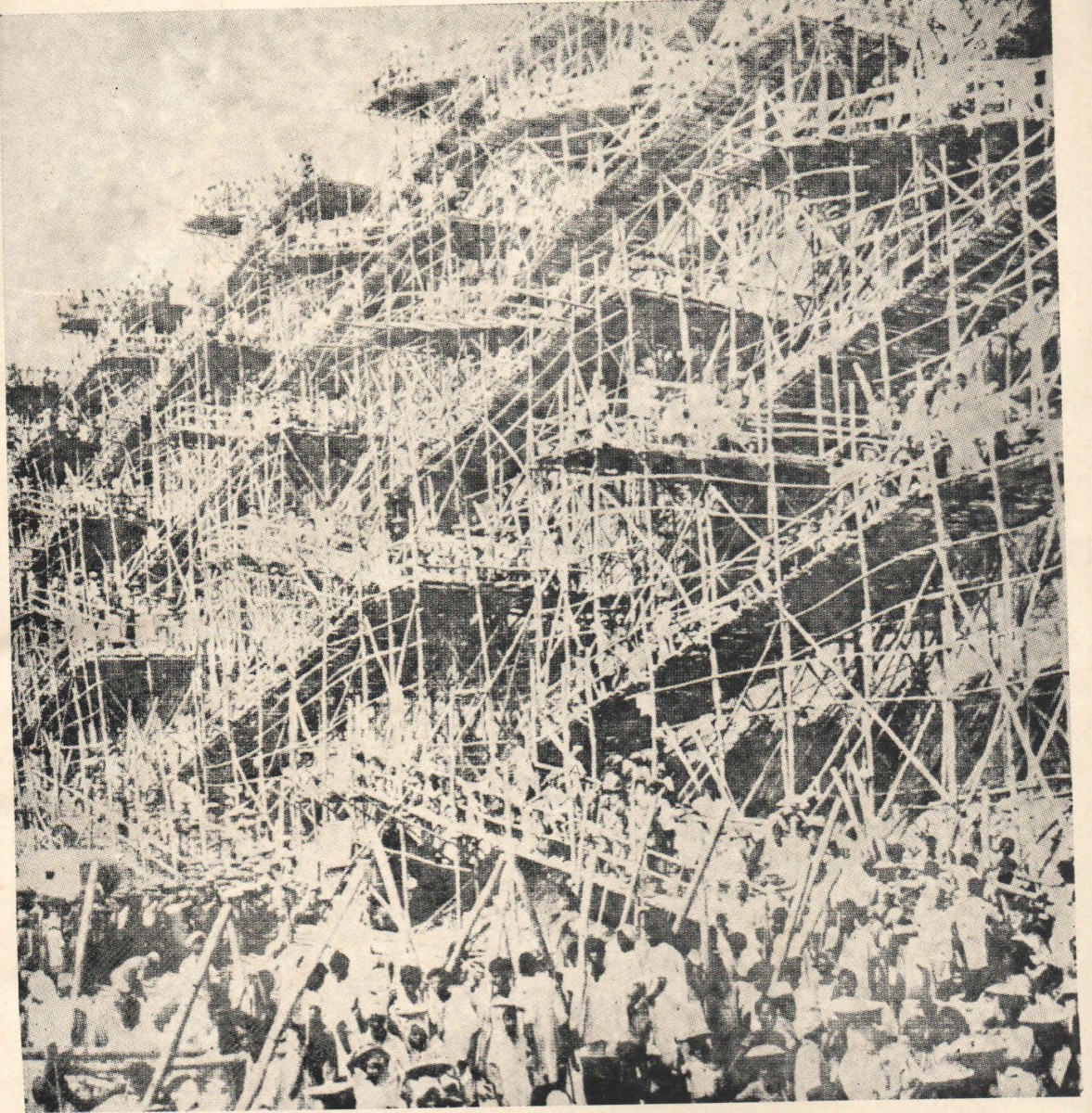 The proposal seemed foolhardy – an Indian’s design and in masonry? My father’s bosses were against the proposal to build in masonry. As the story goes, he, a mere employee in the CWPC, asked Nehru to trust him. And Nehru did. The first make in India was born among several others.

Nagarjunasagar is even today the world’s largest masonry dam and an engineering marvel that Indians built out of sheer grit and dedication. The dam work was completed in five years, generating employment to over 30,000 labor per year, benefitting the most impoverished people of the area.

Nehru at its inauguration called it the modern temple of India.

At the time of independence, over a third of India’s population suffered from malaria. TB, leprosy and infectious diseases like small pox were rampant. With the technical help of the WHO, Rockefeller Foundation and others, India established a range of institutions. These include the National TB Institute in Bangalore, TB Research Centre in Chennai, CLTRI in Chennai, JIPMER in Pondicherry, Safdarjung Hospital and the AIIMS in Delhi, PGI Chandigarh, AFMC in Pune, School of Aviation Medicine in Lucknow, Malaria Institute of India, NIMHANS in Bangalore, NICED in Calcutta. Not to mention 36 new medical colleges raising the number to 61, over 70 nursing schools and 300 schools for training auxiliary nurse midwives and so on.

Despite the poor economy, food insecurity, squalor, poverty and disease that raged, Nehru laid the foundation for a primary health system with nearly 3,000 primary healthcare centres. With focus on increasing manpower during the 1950s, the doctor to population ratio fell from 1:6,300 to 1:4,850 and that of nurses from 1:43,000 to 1:14,300.

The ESIC and the CGHS programs that continue to function today were established then. In fact Nehru established the CGHS as a pilot with the vision to expand it gradually as the UK’s NHS. No prime minister since Nehru has, despite the enormous challenges and no money, done so much in a relatively low-priority sector like health. A wide network of institutions constitute the foundation of a health system. They epitomise self-reliance and internal strength.

Nehru symbolised modernity at times when women were uneducated, married off to older men and when widowed, their heads shaved and dumped in Varanasi or Mathura. Gandhi, the large number of social reformers and leaders like Nehru had great impact on changing social norms and guiding society towards adopting the values of equality and fairness.

For example, my aunt was widowed at 15. She was educated and later worked as a school mistress. Durgabai Deshmukh was married at age 10, got her own husband married off to another lady, and joined the freedom movement at age 15. Women are free today because of them.

In a deeply religious society, Nehru dared to say that religion is a personal belief and needs to be separated from statecraft and governance. Even while he had Ma Anandmai’s photograph at his bedside (a realised soul of West Bengal), he never used his own deep religious beliefs to enter into politics. He tried to lead by personal example and sought to steer the country towards a vision where the society valued scientific temper, pride of being an Indian and self-belief, overcoming superstition and bigotry.

Also Read: Why Hindutva Ideologues, and Some Liberals, Love to Hate Nehru

Growing up in a family that revered Gandhi and freedom fighters visiting our home with tales of their sacrifices, one developed profound respect for leaders of those times – Gandhi, Nehru, Subhash Chandra Bose, Vallabhbhai Patel and so on.

So to hear our current leaders insulting their memory and belittling their contribution is hard to accept.

Holding Nehru responsible for all our problems of today – from the crash of a foot bridge to farmers distress, is in a way an abdication of taking responsibility, a reflection of weakness not strength.

Surely, Nehru had his faults. But so do our current day leaders. It is easy to criticise but hard to build and nurture. So those throwing stones need to look within.

Contexts have changed and new politics and values have emerged. In debating them, there is no need to denigrate the contributions of past leaders.