The National Commission for Women, laying emphasis on the need for acknowledgment of marital rape has questioned the government's silence on the issue. 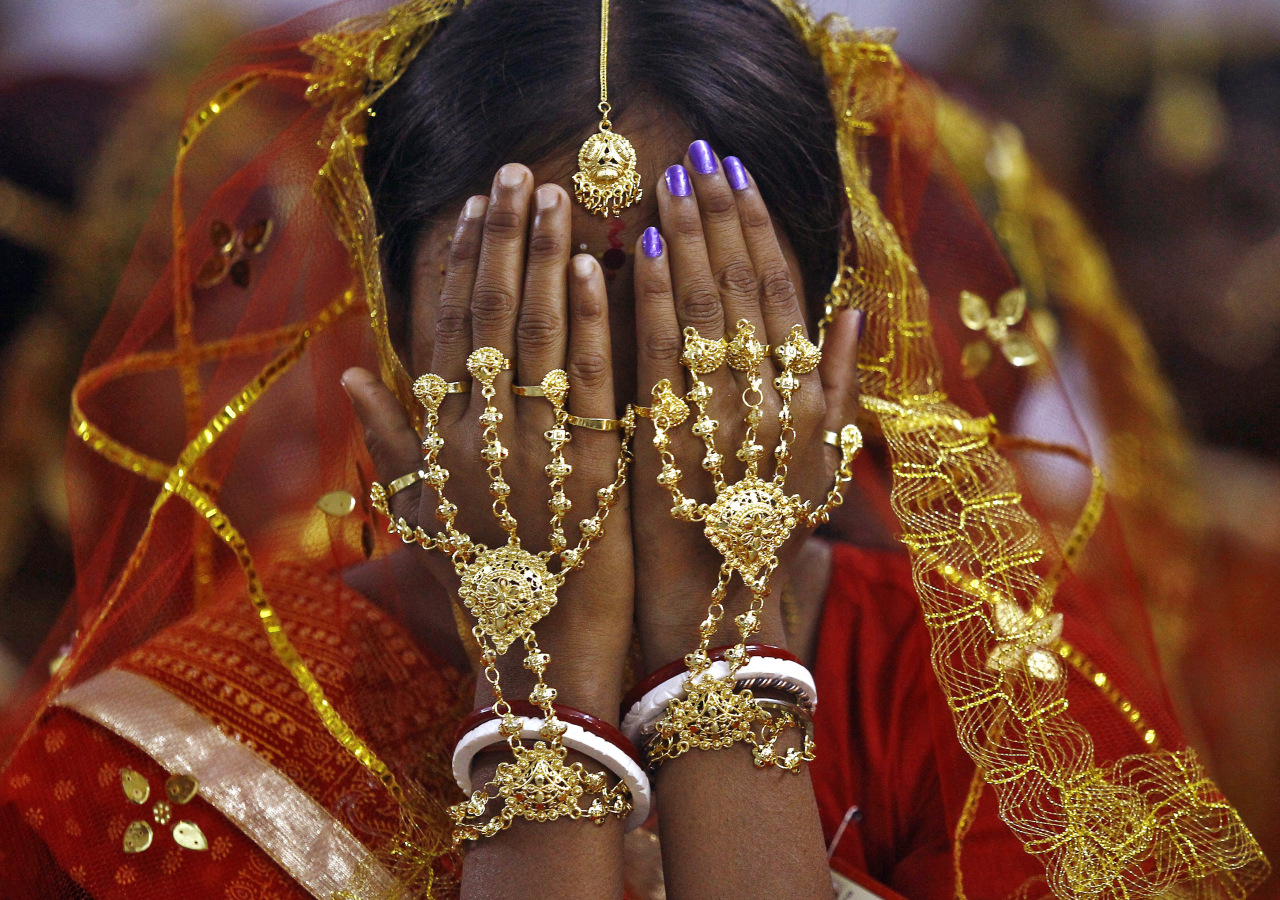 A bride covers her face as she waits to take her wedding vow at a mass marriage ceremony at Bahirkhand village, north of Kolkata February 8, 2015. A total of 108 tribal Muslim and Hindu couples from various villages across the state took their wedding vows on Sunday during the day-long mass marriage ceremony organised by a social organisation, the organisers said. Credit:Reuters/Rupak De Chowdhuri

Questioning the silence of the women and child development ministry (WCD) on the issue of marital rape in its Draft National Policy for Women 2016, the National Commission for Women (NCW) has recommended that the policy must take it into consideration. NCW has sought that marital rape be recognised under law.

The draft policy, made public by the WCD aimed at “re-scripting” women’s empowerment by following a “socially inclusive rights-based approach.” However, the issue of marital rape finds no mention in it.

“The draft policy doesn’t have any reference to the issue of marital rape. Following our detailed consultations with lawyers, activists, rural women and women with disabilities, we decided to recommend to the ministry that the policy must acknowledge marital rape. Unless a beginning is made by recognising marital rape in the policy, we cannot go ahead and make laws to protect women from such offences,” NCW chief Lalitha Kumaramangalam told the Indian Express.

The NDA government, led by Prime Minister Narendra Modi, has time and again pledged zero tolerance to violence against women but despite all promises, India still figures among countries that have no legal provisions against marital rape. In a country that considers marriage as a sacred institution, plurality of religion and cultural ethos are often cited as the reason behind lack of significant intervention when it comes to marital rape. The stigma attached to rape ensures that many cases go under reported and the situation becomes worse when it comes to marital rape.

Earlier, Maneka Gandhi had faced flak for her ministry’s reply to the Rajya Sabha on the issue. Answering a question on March 10, Gandhi had said, “It is considered that the concept of marital rape, as understood internationally, cannot be suitably applied in the Indian context due to various factors like level of education/illiteracy, poverty, myriad social customs and values, religious beliefs, mindset of the society to treat the marriage as a sacrament etc.” The same statement had been read out in Rajya Sabha in April 2015 by Minister of State for Home Haribhai Parathibhai Chaudhary.

According to a study by the UN Population Fund in 2014, 75% of married women in India were subjected to marital rape. Earlier in the same year, a UN Population Fund and the International Center for Research on Women survey of 9,200 men across seven Indian saw one-third of them admitting to have forced their wives to have sex, while 60% said they’d used some form of violence to assert dominance over their partners. The UN Committee on Elimination of Discrimination against Women has also in the past recommended India to criminalise marital rape.

In February 2015, the Supreme Court had rejected the plea of a woman who had raised accusations of repeated sexual abuse against her husband. The judgement stated that rape was not be treated as a public cause. A clause in Section 375 of the Indian Penal Code maintains that that “Sexual intercourse by man with his own wife, the wife not being under 15 years of age, is not rape.”  The continued existence of this archaic provision reeks of insincerity on the part of successive governments when it comes to crimes against women.

In a country like India, with deep rooted cultural and religious stereotypes, the issue of rape is often brushed under the carpet and the lack of legal framework exacerbates the situation further. With status quo being maintained on the issue of marital rape, all promises of safeguarding women’s interest seem hollow.