A visit to Orakandi, around 190 km from Dhaka, is being seen as a bid to win Matua votes. 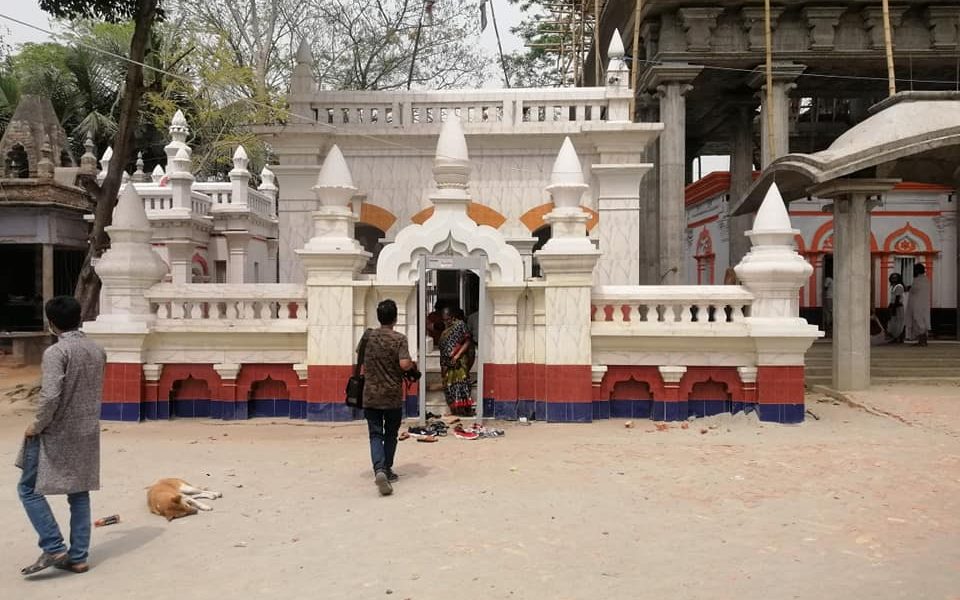 Kolkata: In a first, a political party in India in all likelihood is making use of foreign land in order to influence a state assembly election in the country. And no less than Prime Minister Narendra Modi is leading the exercise.

On March 26, Modi will be visiting Bangladesh for a two-day trip to commemorate the 50th anniversary celebration of the Independence of Bangladesh, and pay homage to Bangladeshi founding father Bangabandhu Sheikh Mujibur Rahman on his birth centenary.

However, the most noticeable part of the prime minister’s itinerary is the stopover at Orakandi, around 190 km from Dhaka, where he is scheduled to pay respects to Harichand Thakur, who was born there on March 11, 1812.

Thakur is the founder of a Hindu sect known as the Matuas. The Matuas are a closely-knit group in the state belonging to the Namashudra (Dalit/SC) community, who migrated from Bangladesh during and after Partition. 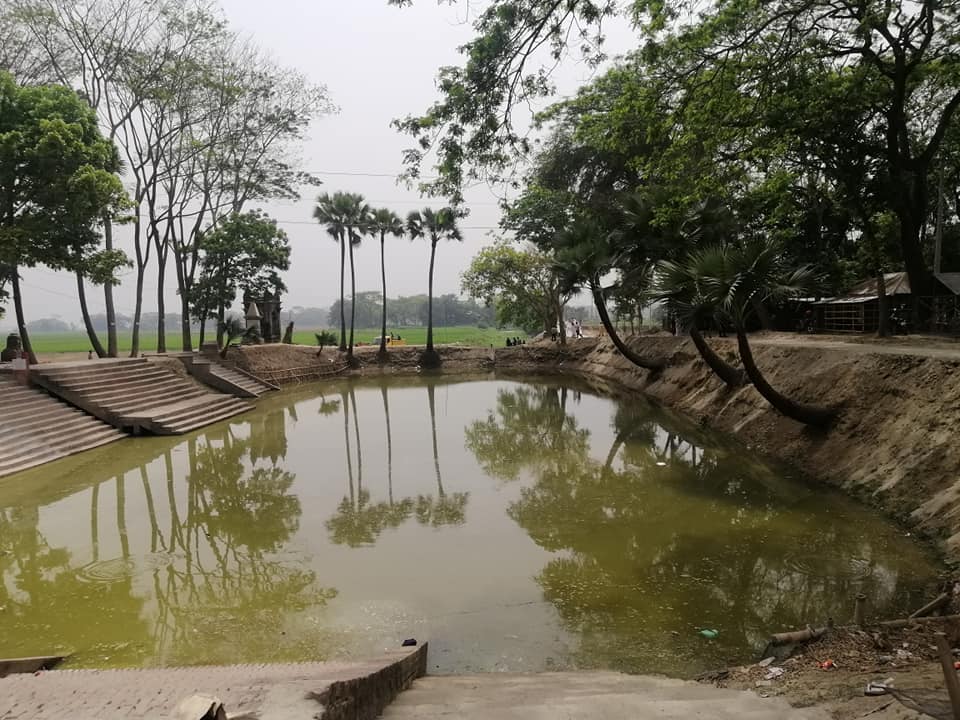 They have a significant presence in four parliamentary seats in West Bengal, making them one of the biggest vote banks in the state. Although no official count exists, it is estimated that there are about one crore Matua voters.

The idea of offering citizenship based on religious identity paid huge dividends to the BJP in West Bengal in the 2019 Lok Sabha election. The saffron party bagged 18 of the 42 seats from this eastern state and clocked over 41% vote share.

Matuas are heavily dependent on the Citizenship (Amendment) Act (CAA). The community sided with the Bharatiya Janata Party (BJP) in the last Lok Sabha elections which resulted in a win for the saffron party in the seats of Bongaon and Ranaghat – which have the highest concentration of Matuas.

Fifteen months after the passage of the citizenship Bill in parliament, the Central government has failed in framing, ruling and implementing the law. Now, the BJP is deliberately side-stepping from the CAA issue and dropping the National Register of Citizens for the time being.

Speaking at a rally in West Bengal on February 11, Union home minister Amit Shah said that implementation of the law had to be kept in abeyance “after the country was hit by the COVID-19 pandemic in 2020”. “As soon as the COVID vaccination process ends, the process of granting citizenship under the CAA will begin. All of you [Matua community] will be respected citizens of this country,” he said, addressing a rally in Thakurnagar, the bastion of the Matua community.

This change of stance by the BJP has irked many among the community. A recent visit to Matua-dominated pockets like Bongaon and Thakurnagar suggested that many in the community feel betrayed by the BJP government at the centre.

Earlier, Shantanu Thakur, BJP MP from Bongaon who belongs to the Matua community, openly expressed his disappointment with the party’s position on the roll-out of the CAA and said, “No political party should play with the Matuas. I am not talking about Mamata Banerjee alone. The Matuas are not begging. The CAA must be implemented at the earliest.”

A senior BJP leader from Bengal, on the condition of anonymity, told The Wire, “A section of the Matua community are disappointed with the present status of CAA implementation. The prime minister’s visit to Bangladesh at their (Matuas’) sacred place is a positive development for the community at large. This event could certainly help us during the election.”

Many political analysts believe that Modi’s visit to Orakandi is ‘surely’ an attempt by the BJP to quell the Matuas’ anger over CAA implementation. 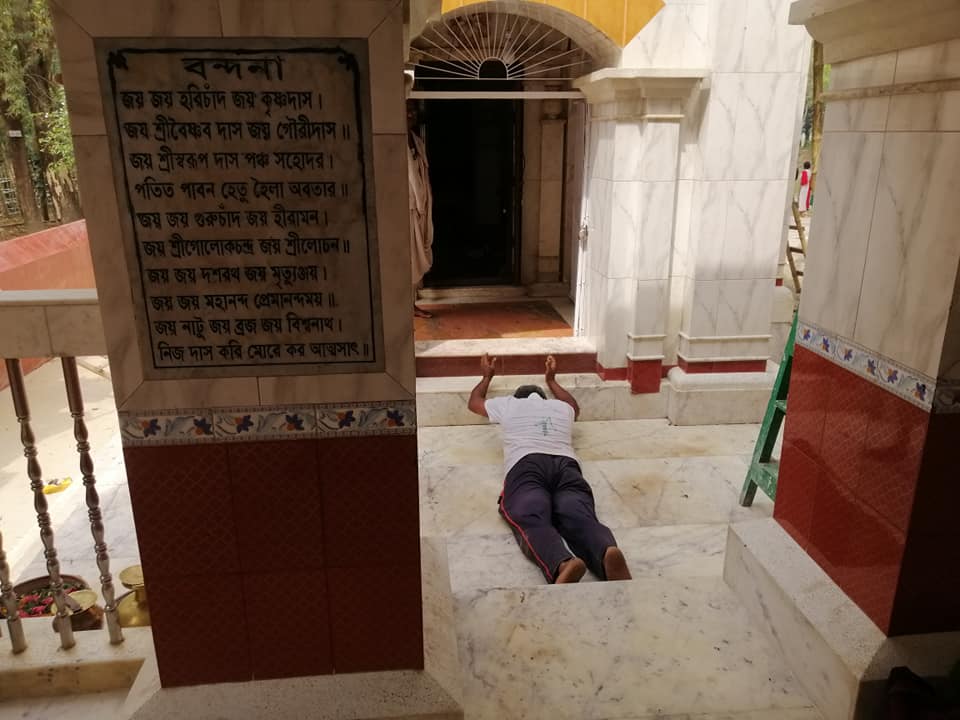 A Matua devotee praying at a temple at Orakandi. Photo: Special arrangement

Dhaka-based journalist Nazmul Ahasan said, “Bangladeshis tend to react emotionally if India is seen interfering in Bangladeshi affairs or using Bangladesh as a political punching bag. However, very few people in Bangladesh heard of Orakandi or were aware of its significance until now. So the reaction to Modi’s decision to visit the place is timid, although such a visit risks Bangladesh being used as an Indian electoral campaign stopover.”

For Modi’s visit, four helipads were constructed at four different locations – two close to the Orakandi Thakurbari, and the other two a little far from the religious sight. Police deployments were already made, confirmed a journalist from Bangladesh.

A senior journalist said Indian prime minister will pray at a temple at Orakandi Thakurbari and make a public address from there. The journalist travelled to the holy sight a couple of days back and observed that custodians of the temples are preparing for Modi’s visit.

They were highlighting Modi’s logo-like image and his time in some of the sacred Hindu pilgrimage sites in the Himalayas, added the journalist.

“Temple authorities told me Modi wanted to travel to Orakandi last time also but it did not happen for some reason. This time he is coming here and the organisers are happy about it,” the journalist said. He further said, “Temple authorities and Matuas perceive the Indian prime minister as a devout Hindu, who is visiting his sacred land. They are not as aware of the political/electoral aspect of it.” 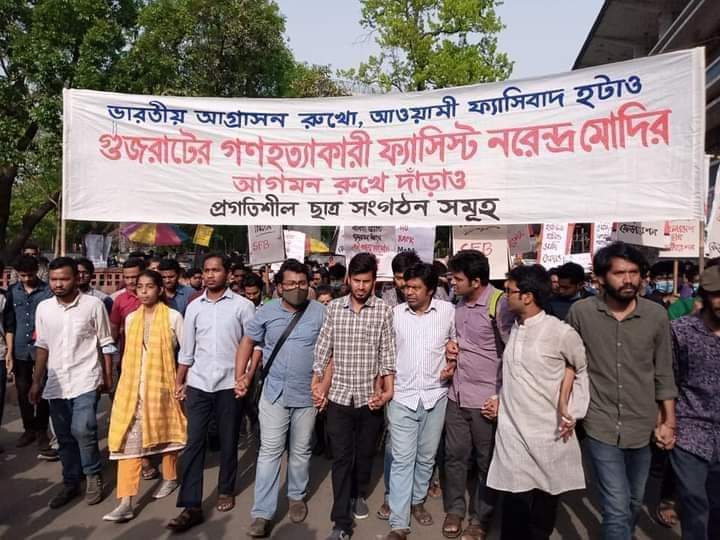 Left-leaning student groups and Islamic parties staged demonstrations and took out separate rallies in the Bangladeshi capital in the last couple of days against Modi’s visit. According to Bangladeshi media reports, protesters criticised their prime minister, Sheikh Hasina, for inviting Modi whom they accused of crimes during the Gujarat riots of 2002 and of the continued oppression of minority Muslims in India.