The Simple, and Simplistic, Messaging of Modi’s Lectures Is a Big Hit With His Audience

His ‘address to the nation’, in a kind of Hindi that is crafted to mystify a large number of Indians but sounds erudite, is designed to impress. 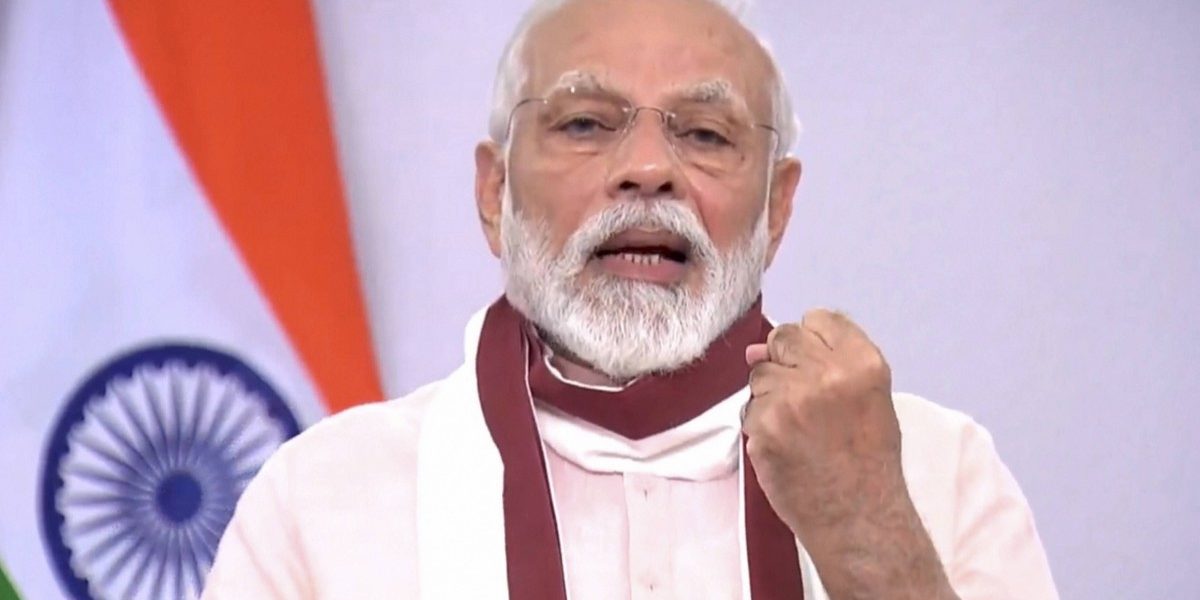 Note: This analysis, originally published on May 13, following Prime Minister Narendra Modi’s address to the nation on May 12, is being republished on May 30, on the second Modi government’s one-year anniversary.

To an India that is largely ignorant of – and perhaps uninterested in – history and more attuned to mythology, Narendra Modi’s use of the phrase ‘atma-nirbhar (self-reliant)’ will win admiration and praise. They won’t know that self-reliance was Jawaharlal Nehru’s mantra and that he invoked it at a time when India was poor and struggling. Having come out of colonial rule with its large scale exploitation of India’s resources, Nehru wanted to ensure that India would never again be in a similar position. His five-year plans were designed towards that goal.

Nehru is a forgotten and much reviled figure today, and now the phrase has been appropriated by Modi, who is the one man who has done his best to undermine Nehru’s stature. For present-day Indians, therefore, Modi is the man who not only has coined the slogan but will lead India towards greatness.

There has always been a conservative and protectionist streak in the Indian mind and the ‘foreign’ is usually perceived with suspicion, if not hostility.

Indians crave for foreign goods and foreign approval, and want to settle down in foreign countries, but remain nervous about foreign influences on their entrenched beliefs, values and most of all, on their ‘culture’. It is no use telling them that a lot of what constitutes Indian today in food, clothing and, indeed, culture, has come to us from our interaction with those from other countries, who came to this land as travellers, traders or invaders. We firmly hold on to the idea that it is India which has, for millennia, influenced the rest of the world, via religion, science, philosophy, art, morals and, most importantly, spirituality.

Also read: What the Modi Govt Could Learn From Kautilya and His Take on the Role of Experts

Narendra Modi understands this more than most. From talking about India’s pioneering role in plastic surgery (to a group of doctors!) – to promoting yoga and, as he did once again in his address on Tuesday, he never fails to list India’s “contributions” to the world.

These messages are delivered simply and in terms easy to understand. His ‘address to the nation’, mostly always at the same time, in a kind of Hindi that is crafted to mystify a large number of Indians but sounds erudite, is designed to impress.

They strike a chord with the general public that is in any case receptive and willing. The media quickly disseminates the key points in a fawning, admiring tone and WhatsApp does the rest. What chance does complex analysis the next day, of slicing and dicing of numbers or outraging about what was left unsaid, have in getting people to change their minds?

The reference, in Modi’s speech, to Rs 20 lakh crore is another example. That is mighty figure, too big for anyone to grasp. But it looks huge, and has all the keywords like lakh and crore that will impress and look good in the headlines, like the ‘$5-trillion economy in five years’ did. (The mnemonic of 20 with the year 2020 is no accident either.)

The economists will have some serious questions about it, but they will be talking to their own kind – for the layperson, it looks impressive and indicates that the government is doing something, which is all that matters. Jobs may still be lost, businesses will go under, people will lose lives and the migrants – well who cares about them anyway.

Modi’s lack of any substantive – and sensitive – reference to the migrant workers who have been walking home, jobless and hungry, has come in for comment and outrage. But Modi knows what to say and what not to say. He knows that spending time on talking about the hardships of tens of thousands or more can be a dampener to an audience that seeks reassurance and wants not to look at the warts and blemishes of this country.

Not everyone has been appalled or upset at the images of men, women and children walking on the highways to reach their villages hundreds of miles away or being run over by a train. Many of them have seen it as an irresponsible, even anti-national act, or a conspiracy by rival political parties and have blamed the migrants for demanding food, transport and free tickets.

Now it is up to the states to work out how best to contain the coronavirus. The finance minister will work out the nitty gritty details of the financial package. And every Indian will have to look out for themselves. As for the prime minister, he is here to keep our morale high and comfort us, while gently massaging our egos. India is destined for greatness, and that is all we want to know.