The BJP faces a difficult election in UP – in the wake of the farmers’ protests and concerns about the Yogi government’s brutish, chaotic ways – and has responded by stoking communal polarisation which fosters a sense of impunity among extremists. Narendra Modi is a talkative man. Day in and day out, he delivers a constant outpouring of announcements, uplifting promises and slashing denunciations of opponents. These are not chaotic ramblings of the Donald Trump variety. His speeches and tweets, obediently trumpeted by most of the mainstream media, are meticulously crafted and choreographed.

He comments on a huge range of topics, assuring people that nothing escapes his attention. But strangely, he often remains silent on certain burning issues. His silences are as carefully calculated as his words. Amid the ceaseless deluge of pronouncements, they are revealing – and deafening.

During his first term as prime minister, he remained silent for over two years about the epidemic of beatings and murders, mainly of Muslims, by Hindu ‘cow protection’ vigilantes. He complained on one occasion when seven members of a Dalit family were flogged at Una. His party, after all, seeks Dalit votes. But he said nothing about barbarities against Muslims until a scorching editorial in the New York Times condemned the mayhem in May 2017. It threatened his international image, so he offered a critical comment on the issue.

Recently, the New York Times published another searing report – a long, meticulously detailed account of the spate of attacks on Christians, which has now reached Madhya Pradesh, Assam, Haryana, Chhattisgarh, Bihar, Delhi, Karnataka, Kerala and Goa. The article appeared in Christmas week and is certain to trigger deep revulsion in the US, and not just among evangelical Christians.

Will the prime minister speak out in reply to the Times once again? It seems unlikely amid the current drive for communal polarisation as state elections approach. The main response has added insult to injury. The Union home ministry has denied Mother Teresa’s Missionaries of Charity renewal of their clearance under the Foreign Contribution Regulation Act (FCRA), thus jeopardising their finances and work.

Also Read: Narendra Modi and the Bloodthirsty Dharam Sansad Speakers Are Closer Than Most People Think

So far, we have had only silence on this issue and on the recent surge of attacks and dire threats against Muslims. Modi said nothing when speakers at Haridwar stated that “We are ready to kill” Muslims, called on activists to “update your weapons”, and urged Hindus to “get ready to kill, there is no other way”. He offered no comment when Uttar Pradesh chief minister Yogi Adityanath and no less a figure than BJP president J.P. Nadda said that nationalists are “duty bound” to defeat the “supporters of Muhammad Ali Jinnah”. He remained mum when members of the Hindu Yuva Vahini, founded by Yogi Adityanath, took an oath in Delhi to “die for and if need be, kill, to make this country a Hindu Rashtra”. 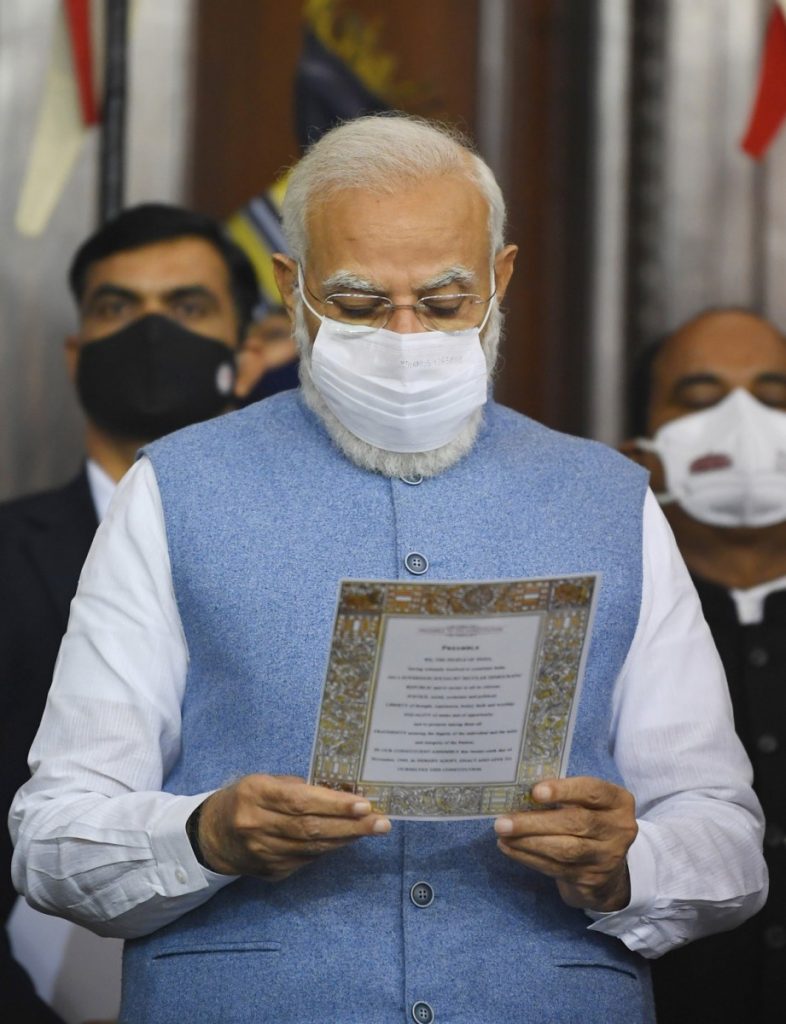 This is part of a pattern that has become familiar since 2014. Indeed, when Modi hand-picked Adityanath as Uttar Pradesh chief minister, his penchant for anti-Muslim rhetoric was well-known. At a public event in Gorakhpur around a decade ago, Adityanath had spoken of Muslims as “two legged animals” whose “production” will have to be stopped.

There was more silence from Modi when a Hindu extremist offered Rs 3 lakh to anyone who would chop the tongues off three dissenting Kashmiri students. He made no comment during the Delhi riots, when Hindu militants attacking Muslims chanted “shoot the traitors”, the same slogan ministers from his government had raised in Delhi barely weeks earlier.

Sometimes what does not happen is as important as what does. If Prime Minister Modi says nothing now, despite the searing report in the New York Times, and similar coverage elsewhere in the world, it will be a revealing signal. His party faces a difficult election in Uttar Pradesh, in the wake of the farmers’ protests and concerns about the Yogi government’s brutish, chaotic ways. The BJP has responded by stoking communal polarisation which fosters a sense of impunity among extremists. It is difficult for Modi to disown hate speech when his chief minister there specialises in it.