Disha Ravi may have got bail but the ruling coterie is now wedded to a new, unapologetic ruthlessness centred around the belief that what New India needs is "more balls, less chatter". 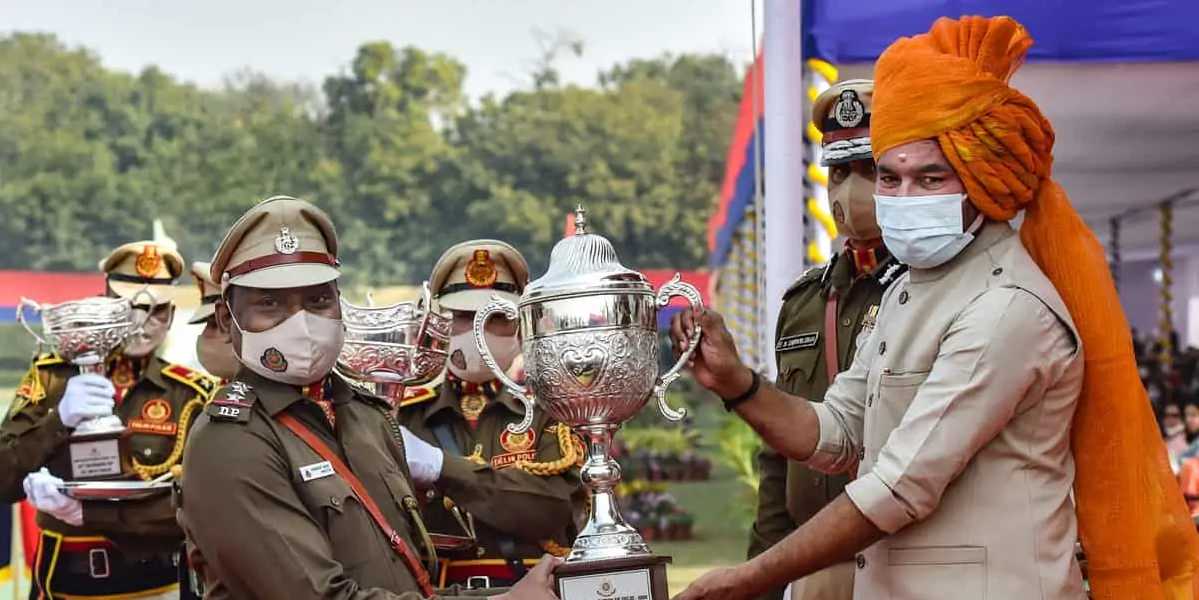 A reader may recall this evocative passage from Carlos Riaz Zafon’s iconic novel, The Shadow of the Wind, in which a Francoite fascist character named Lieutenant Durran of the Crime Squad, proclaims, “Being a policeman isn’t a job, it’s a mission… Spain needs more balls and less chatter.”

That was Spain in the Civil War days. Now, flash back to our ‘New India’.

On February 16, the Delhi Police celebrated its 74th Raising Day. The chief guest was minister of state for home affairs G. Kishan Reddy, resplendent in a colourful pugree, a la The Leader, who predictably lauded the force. As the minister put it, “intolerant forces that do not like the process of nation-building” are forever targeting the capital and it was therefore admirable that the Delhi Police had handled “with firm hands” those “violent organisations” out to instigate. Tough men, tough talk.

It can be probably argued that it is unfair to read too much into a minister of state’s remarks. Perhaps. But these days the MoS’s utterances can only reflect the collective wisdom at work in the Ministry of Home Affairs. And, if there was any doubt, a few days later the senior minister himself was issuing a certificate of good conduct to the Delhi Police in the matter of Disha Ravi.

It would seem that increasingly, our rulers are relying on the policeman’s iron hand rather than the conventional skills of a politician to deal with the regime’s detractors and dissenters. A new mindset is being forged and it is not enamoured of democratic contestation and chatter.

Admittedly, the policeman has always been behind the politician, right from the days of the legendary B.N. Mullick. Dedicated, intelligent, incorruptible police officers were glad to pit their wits against the enemies of the new Indian state; the best and the brightest of the Indian Police Service over-worked themselves to defeat the outsiders’ meddlesome designs in the Northeast, Jammu and Kashmir, etc. But the policeman has no role in the domestic political exchange; and the political leaders of yesteryears did not need the thandedar to pull their chestnuts out of the fire.

The first aberration came during the Emergency when a police officer named P.S. Bhinder injected himself into Sanjay Gandhi’s wayward inner circle. When the Congress came back to power in the early 1980s, chief ministers began keeping the home department with them, as the police information and intelligence were found handy in dealing with political rivals who, more often than not, happened to be within the ruling party.

Increasingly, the policeman became rather critical to the politician’s success. At the district level, the politician needs the policeman’s goodwill and indulgence to survive politically and prosper electorally, just as the policeman needs to keep the political crowd engaged in order not to spoil his copy-book. At the state level, the all-powerful chief minister relies more on senior officers, including the IPS brass, than on his cabinet colleagues to sort out issues of governance, delivery and control.

At the Centre, the Intelligence Bureau and the Central Bureau of Investigation are the primary instruments used by a prime minister and his/her aides to get the upper hand on the national political chess board. In the coalition era from 1996 to 2014, the precariousness of governmental structures almost mandated a crucial role for the policeman’s clandestine inputs. It was sad but inevitable that senior police officers would first get associated with, and then become entangled in, the politicians’ quarrels – even at the risk of losing their professional integrity and personal honour. Indeed, the contamination has become so corrosive and widespread that an honest and independent police officer is not the first choice of any political leader in Delhi.

Yet, all said and done, the political crowd still took pride in its own skills, acumen and experience to move the electorate and influence citizens. Statecraft was and is much more than coercion and intimidation. The political leadership took seriously its obligation to address and defuse discontent and dissent in the polity. That has changed since 2014 in our New India.

In its first term, the Modi government continued the glorious tradition of using coercive instruments against political opponents, but this period came to be characterised by an excessive reliance on the armed forces and generals to bolster The Leader’s image and to establish the ruling coterie’s rhetorical hegemony. The emotional sentiments and moral values associated with national defence, and the soldier’s sacrifice, were cynically used to enhance the visibility and prestige of the national leadership. A “surgical strike” was richly encashed electorally in Uttar Pradesh, and then on the eve of the 2019 Lok Sabha vote, Pulwama and Balakot were used to sandbag the opposition.

Now, in its second term, the Modi regime has become critically dependent upon the policeman and his toolkit of tricks, skills and cunning to defuse and douse the fires of doubt and resistance. If in the first term, the target of the state’s lethal resources was the foreign enemy, today the attention is focused on domestic dissent and dissenters.

Our rulers do probably realise that the traditional political parties are in a state of disarray and therefore disenchanted and discontented citizens are improvising new forms of resistance and are making their voice heard. Lakhs and lakhs of women and men are flocking to protest sites, under the banner of non-political outfits. For the first time since the Emergency, citizens are confronting the government directly.

And, again for the first time since the Emergency, a government has chosen to pit itself comprehensively and unsparingly against the people. It is unapologetic about its use of coercion and misuse of law against anyone – age, gender no bar – who dares to dream of disagreeing with the ruling regime and its priorities. More alarmingly, there is a new, in-your-face theology being flaunted in defence of the coercive policeman.

A few days ago, a group of retired policemen – and, ominously enough, retired judges – calling themselves the “Forum of Concerned Citizens from Judicial and Law Enforcement Professionals” boldly asserted itself in defence of the Delhi Police on the Disha Ravi arrest. This group has arrogated to itself the right to define “naturally anti-national” actions of this or that bunch of citizens. The emergence of such a group is clear evidence of the hard-wiring of ruthlessness and determination in the face of democratic arguments and assertions. Lieutenant Durran would approve.