Opposition Peddling Lies on NRC, CAA, Says Modi, Then Dishes Out His Own Untruths

While he didn't mention why Muslims were being singled out for exclusion under the CAA, his claim that there have been no discussions about a nationwide NRC yet fly in face of dozens of statements home minister Amit Shah has made. 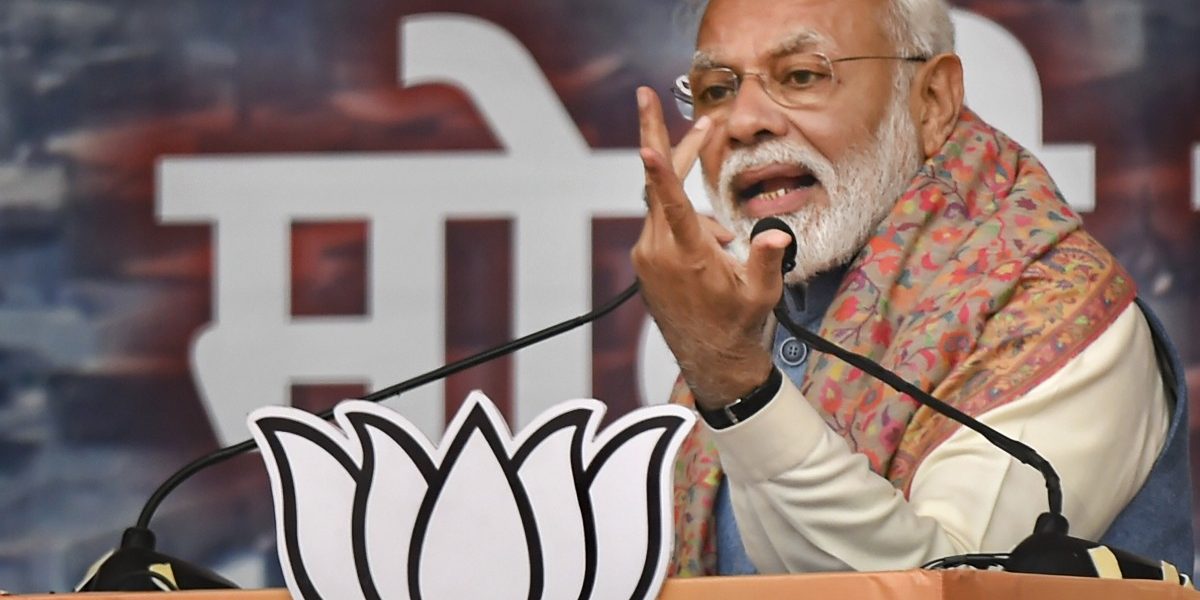 New Delhi: Prime Minister Narendra Modi on Sunday kickstarted the Delhi assembly poll campaign by taking credit for giving home ownership rights to people living in the city’s unauthorised colonies and blaming the opposition for fomenting social unrest that has spread over the Citizenship (Amendment) Act, 2019 across the country.

While slamming the opposition for “spreading lies”, he asserted that the National Register of Citizens – which his party leaders, especially Union home minister Amit Shah, have been promising to implement across the country – isn’t in the works at all.

“NRC has neither been discussed in the parliament nor any rules regarding it have been framed. There are no talks about it at all. It was only when the Supreme Court directed us to implement it in Assam, we had to do it there,” he said, spreading further confusion about what the Centre has planned.

However, only a day ago, the Union Ministry of Home Affairs released a document that gives concrete opinions about how the NRC will be implemented across the country. Shah had previously also held, in the Rajya Sabha, that an NRC would be “carried out across the country“.

The prime minister is evidently not telling the truth but his statements also suggest the Centre may have been forced to take a step back on the NRC issue, amidst widespread agitations against it. However, unlike Shah and other leaders, who kept claiming that the CAA and NRC are not associated with each other, Modi did not attempt to delink the two. Rather, he pointed out a difference between them.

“Bada seedha saadha fark hai. Ghushpaithiya apni pehchaan honey nahin deta aur sharanarthi kabhi apni pehchaan chuptata nahin hai [There is a simple difference. The undocumented immigrant (who the NRC plans to drive out of the country) never lets his identity be known, and the persecuted person who seek shelter never hides his identity as a refugee],” he said.

He slammed the Congress for opposing the CAA and asked why the “100-year-old” party did not oppose it when former Prime Minister Manmohan Singh, former chief minister of Assam Tarun Gogoi or Rajasthan chief minister Ashok Gehlot during his previous term advocated giving shelter to refugees.

However, he did not answer the question which many protesters have been asking: Why are Muslims being singled out for exclusion under the CAA?

Instead, Modi chose a tortuous route to address the problem. “When I decided to give ownership rights to around 40 lakh people (of unauthorised colonies) of Delhi, did I take into account their religion or caste? When I laid out schemes like Ujjwala Yojana, Ayushman Bharat or PM Awas, did I see people’s caste or religion? Everyone benefitted from them, be it Hindu, Muslim, Sikh or Christian. Did we ask whether you go to a temple, mosque or a church?”

Besides the fact that the CAA’s benefits are quite explicitly based on a potential beneficiary’s religion Modi’s suggestion that neither he nor his government has never taken into account peoples’ religion is belied by the speech he made in Dumka, Jharkhand earlier this month. Responding to the nationwide agitation against the CAA, he said the identity of those violently protesting the law could be established from “their clothes”.

Earlier, during the Lok Sabha election campaign, Modi had ridiculed the Muslim voters of Wayanad, Kerala by describing the constituency – which Congress leader Rahul Gandhi chose as a second seat for himself – as a place where “the minority is the majority”.

Trying to clear the fear that the NRC will put all citizens at risk of losing their citizenship, he said that the opposition was peddling such “lies” only to mislead people. “When my government launched multiple welfare schemes for the poor, did we ask for documents? In fact, we have done away with all red tapism and bureaucratic hassle.”

He said that the opposition forces were not able to digest that Modi won with a heavier margin for the second time, and that is why they were spreading lies to foment an “anarchy-like situation”.

While Modi specifically denied the government was building detention centres to hold those who fail to clear the NRC test and are branded as “illegal immigrants”, his government has repeatedly confirmed th existence of such centres and its plans to build more. In an answer to parliament on July 24, 2019, Nityanand Rai, minister of state for home affairs, said:

With a view to formalise the setting up of detention / holding centres in various States/ U.T.s for restricting the movement of illegal immigrants/ foreign nationals awaiting deportation, the Government has prepared a Model Detention Centre Manual and circulated to all State Governments/ U.T. Administrations on 09.01.2019.

In his speech, Modi also said that some opposition parties, along with “urban Naxals”, were propagating lies regarding CAA and NRC.

Hitting out at Bhim Army leader Chandrasekhar Azad, who recently led a rally in Jama Masjid against the CAA-NRC, he said, “Those who claim to do Dalit politics, why were they silent all these years? I want to tell them that most of the refugees who have come from Pakistan are persecuted Dalits.”

He added that the opposition was trying to defame the police, who work tirelessly for the safety and security of India. “As many as 33,000 policemen have been martyred since independence…should we not respect the force?” he asked the cheering crowd at Ramlila Maidan.

“The unrest and campaign against the police is a conspiracy to defame India globally. Should public property built by the taxes of an honest taxpayer’s money be destroyed like this? The police are not our enemy,” he said, adding that the opposition was dividing the nation by propagating falsehoods.

“Not even once these parties appealed for peace when there is so much unrest. It proves that they are controlling the mob through their remote-control politics. I want to ask when there was a fire recently at a market in Delhi in which many people died, did the police not rescue people? Did they see their faith before rescuing them?” he said.

He also accused the Aam Aadmi Party for delaying development in Delhi. He also attacked Delhi deputy chief minister Manish Sisodia for using “fake videos” to attack the Delhi police. He was referring to Sisodia’s press conference in which he showed a video that seemed to indicate that some policemen may have burnt down the bus that provoked violent action against students in Jamia Millia Islamia University. This conspiracy theory was later debunked.

“I won because I am attached to the country. And I am devoted to the mantra of ‘Sabka Saath, Sabka Vikaas, Sabka Vishwaas’.”

While speaking about the recently passed NCT of Delhi (Recognition of Property Rights of Residents in Unauthorised Colonies) Bill 2019 and CAA, he took a jibe at the opposition, “Both the bills were passed in the same session of parliament. Yet, they say one bill gives 40 lakh people of Delhi their legitimate right, and the other takes away their rights. How is this possible?”

It would have to tackle the formidable AAP, which launched it campaign on Friday with the slogan “Acche beetey 5 saal, lagey raho Kejriwal (It’s been a good five years, so Kejriwal should keep at it).” Delhi chief minister Arvind Kejriwal has already criticised the Centre for appropriating its agenda. The party has said that only because of the constant pressure the Delhi government put on the Centre over the last five years has the Modi government passed the Bill sanctioning ownership rights.