As CM, Narendra Modi Echoed Rahul Gandhi's Statement on India as 'Union of States' Many Times

In several tweets and speeches, Modi as chief minister of Gujarat had praised the federal structure of government, saying it was meant to strengthen India's unity. 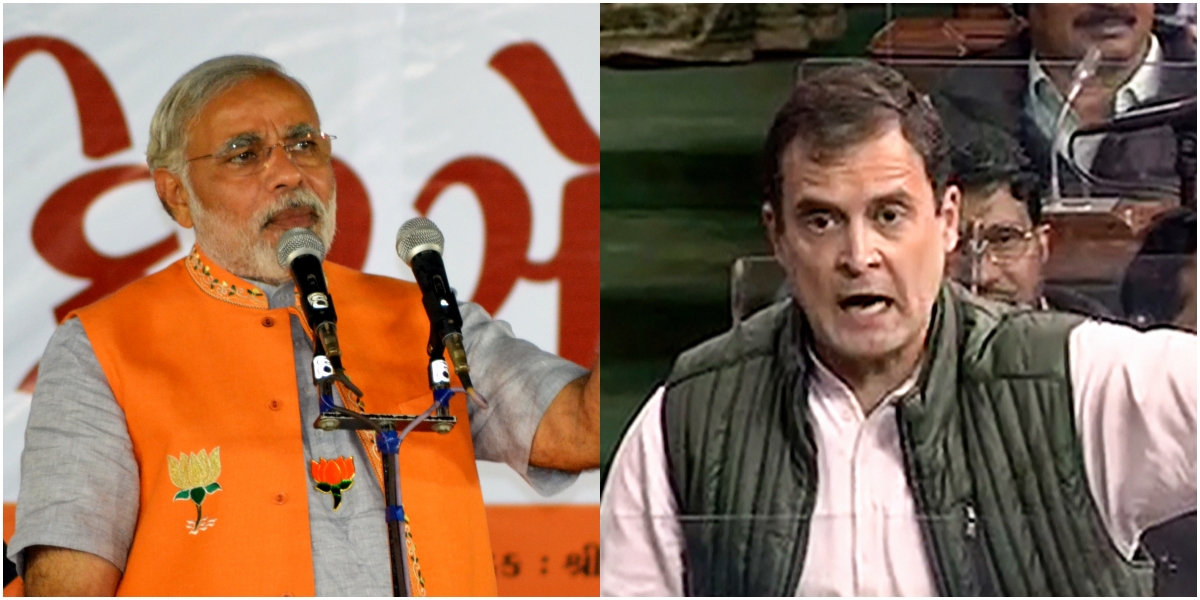 New Delhi: On February 2, Congress leader Rahul Gandhi in a 47-minute speech in parliament warned the Narendra Modi government against straining Centre-state relations. Repeating the phrase used in Article 1 of the constitution. he reminded the house that India is referred to  as a “Union of States.” This invited the ire of the right-wing. Amit Malviya, the BJP IT cell chief and Tejasvi Surya, the BJP MP from Bangalore, led the attack. Another party MP, Nishikant Dubey, has submitted a privilege violation notice against Gandhi, saying his speech is a “conspiracy to divide the country”.

While many pointed out that Rahul Gandhi had merely quoted the Indian constitution to emphasise the importance of dialogue and discussion between the Centre and the states rather than what he said was the current policy of diktat, one of the strongest proponents of the Congress leader’s ideas about federalism is Narendra Modi – albeit in his avatar as chief minister of Gujarat. Here are 10 statements made by Modi that show his support for federalism over a strong central government, incuding one where he referred to Delhi, i.e. the Centre, as a ‘Sultanate’, a phrase which Gandhi reprised when he accused Modi of behaving like a king or ‘Shahenshah’

“So you don’t want to fight against terrorism? Law and order is a state subject… This is irrefutable. The state is responsible and accountable for it. And people can ask for accountability… Through NCTC [National Counter Terrorism Centre], any IB [Intelligence Bureau] man, whether the state government knows or does not know, can search anywhere and arrest anybody. And they can run the whole world from Delhi,” he said.

He continued, “Can you imagine the consequences? And everyone was shocked [at] what was being brought through the back door. IB is one institution, which is not even accountable to the Parliament! They maintain secrecy. Some things are important in national interest but when such institutions enter the state, it can create a huge tussle between state and Centre. It is an assault on the federal structure, which gives the right to control law and order to the states.”

Again in 2012, Modi said at another event, “Sometimes there is a debate whether the [Central] government or the states should be more powerful. If the pillars (states) are not strong, then how would the building (center) be strong? If you want a strong nation, then you need to strengthen the states. This is an unnecessary debate that Delhi should be strong but the more they attempt to strengthen it the more helpless it appears,” he said.

Babasaheb gave a Constitution with a federal structure to strengthen our unity. Sadly UPA is intent on striking at the core of these ideals.

“The British rulers also believed that this country cannot be run through force, this country is a country of diversity… When our constitution was made this fundamental aspect [a federal system] was accepted. And not only this, through the Kesavananda Bharati judgment, the Supreme Court has said this with a lot of weight and emphasis that even the Indian Parliament cannot change this soul of the constitution wedded to the federal structure. Neither it can be diverted nor diluted… However, when vested interest and the lust for political power gets associated with it, then the trouble begins,” Modi said.

Federal structure is at the heart of our nation’s democracy but UPA adamant on destroying it for their vested interests http://t.co/Pow9tlbq

In 2012, Modi even penned an article in the Times of India titled ‘Co-operative, not coercive federalism for strong republic.’ Here are some excerpts from the article:

“It is not without reason that the phrase ‘Federal in Structure, Unitary in Spirit’ is used to describe the Indian state.”

“In their great wisdom, the makers of our Constitution envisioned a federal structure of Government in which the states would be treated as equal stakeholders of India’s development.”

“The Centre has become adept at passing populist schemes but there is no financial support given to the states for their execution.”

“Why is it that chief ministers cutting across party lines are expressing serious apprehensions on these repeated attacks on India’s federal structure?”

“It is high time the Centre realizes that giving to the states what rightfully belongs to them will not weaken the Centre…What we are witnessing today is the systematic disruption of our country’s federal structure both in letter and spirit. A Republic such as ours cannot be run in the form of a family run corporation – it will simply lead to chaos and destruction.”

On February 19, 2012, Modi had called for a meeting of chief ministers to implement the recommendations of the Sarkaria Commission and had demanded greater autonomy for states.

Demanded a meeting of all state CMs to discuss recommendations of Sarkaria Commission on Centre-State relations http://t.co/YU1ZMiIb

In the Indore event too, Modi reiterated that the recommendations of the Sarkaria Commission – along with the Punchhi Commission – should be implemented to strengthen Centre-state relations. He had criticised the UPA government for politicising the appointment of governors – a charge that his government now faces.

Delhi Sultanate is treating Gujarat like an enemy nation but come what may, Gujarat will never bow to their injustice http://t.co/sHy5jJgv

Even after Modi became the prime minister, he claimed to promote “cooperative federalism”.

A press release on the pmindia.gov.in website describes this in detail: “In a unique departure from the past, PM Modi has stressed on the need to leverage co-operative & competitive federalism to achieve all-round growth. For a long time, we have seen a Big Brother relationship between the Centre & States. A ‘One Size Fits All’ approach had been used for years, not taking into account the heterogeneity of different states and their local requirements.”