What Lies Behind Narendra Modi's Silence?

From the Rafale deal, to #MeToo to the recent crisis in the CBI, Prime Minister Narendra Modi has been mute. Here is an attempt to decode his silence. 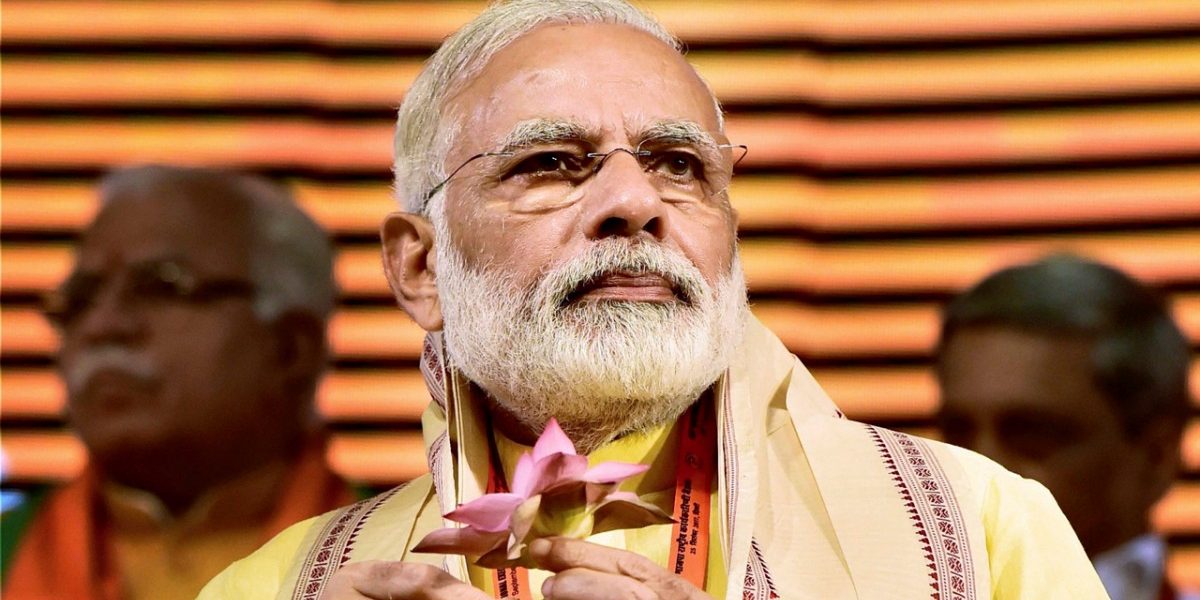 Prime Minister Narendra Modi has maintained stoic silence over the most pressing issues that have been debated in the last few weeks and this has remained his style for most part of his tenure. Most political analysts and media discussions have repeatedly made appeals and read this as Modi losing control of his government and things getting out of control. Yet, Modi continues to be silent, from Rafale deal, to #MeToo to the recent crisis in the CBI. We are inching closer to the election season but Narendra Modi is in no hurry to change his style of working. Why is it so? Is there any possibility whereby he seems to make a reading of how his silence will work not against him but in his favour?

A possible contrarian explanation of this silence could be found in somewhat a new kind of corporatisation of governance under Modi. Presenting (read elevating) himself as an elite brand that is not easily accessible. Further, he remains somewhat mystical, so do his capabilities that keep his electorate guessing rather than arrive at any clear decision. Most of the decisions of Modi during his current tenure have been geared towards either immediate electoral gain in the various elections his party faced or as a preparation for a second term. This strategy of silence is in preparation for his next term. Partially it is an attempt to draw dividends from growing cynicism of the electorate, more the pessimism and graver the sense of despondency, more the possibility of people looking towards him to resolve the crisis, bypassing social divides and institutional niceties.

There has been a systematic attempt to push all institutions to the verge of crisis, starting with the judiciary, institutions of higher education and various investigative agencies, to lending tacit consent to street violence. If one observes closely, most appointments made to higher positions have been of those who are either mediocre or under scanner for one crime or the other. Apart from these individuals remaining vulnerable, it creates a palpable crisis in institutional functioning. The pervasive sense of chaos, crisis and gloom that gripped us as a collective in the last few years, alongside growing narratives of impending dangers and fear of external and internal enemies, makes the dependence on a decisive leader all the more graver.

The opposition with divided leadership and unsure agenda looks weaker and incapable. Social crisis marked by growing street violence to institutional crisis marked by what is depicted as infighting in the judiciary and now the CBI makes Modi’s posturing all that more credible. Silence is a modality of maintaining his moral superiority, when he is above these bickering and busy in nation building the rest are sinking into the quicksand of moral degradation, corruption, infighting and senseless street violence. The political analysts seem to have missed a point or two in seeing in the emergent situation a possibility of it working exclusively against the electoral prospects of Narendra Modi and his party. More the chaos, more have been the appeals in media for Modi to rescue us from this growing crisis, but Modi has maintained epic silence that has mythological renderings tied to it.

The other end of the spectrum of this not so-coincidental rise of generic chaos is the narrative of hope. Silence of Modi also augments hope of he doing something dramatic to set things right. Demonetisation was only the first step he took to demonstrate as a test case of his ability to take such decisions and therefore the things to come. His untiring trips abroad, more than any other Prime Minister in the past, add to the mysticism of hope. The results of these trips will be there to see in times to come, in terms of global investments, India’ role in global politics and the enhanced image of India in the world. In more concrete terms, this mysticism of hope is tied to the narrative of ‘New India’ and ‘Vision 2022’. The ‘2022’ does not start with his purported new term nor does it end with it. It is sought to be made to look real and tangible and nothing to do with electoral campaign by projecting a year that lies in between. The foundation laid now will see results in the next term. Therefore, Modi has left no stone unturned in claiming he will wipe out poverty, provide housing for everyone, and more by 2022. The sanctity of that can be felt in claims of successfully electrifying all villages, including the ‘last village’ (meaning distant and remote) in Manipur. These are only the initial moments of success, even as Modis capabilities remain shrouded in mystery.

Also read: Modi Announces 100% Electrification – But That Doesn’t Mean Everyone Has Power

Further, Modi has maintained near-complete distance from the media, in spite of growing criticism of his lack of accountability. But the underlying narrative is that of Modi being directly accountable to ‘the people’ in bypassing the media. Democratic principles of accountability and neutrality have sought to be turned on their head, when on both occasions of the crisis in Judiciary and the CBI, BJP claimed non-interference in their non-responsiveness. It is also a way of then building a mass consent for Modi to more directly intervene, since the principles of non-interference disallow him to resolve the crisis; a way of setting impatience for action and laying the grounds for something more eventful and dramatic, which could be anything from waging a war to taking stern action against ‘internal enemies’ for which the dice has been cast with the narrative of ‘urban Naxal’.

Also read: Why Are So Many ‘Urban Maoists’ Surfacing All of a Sudden?

The dialectic between despair and hope, crisis and resolution, chaos and order, institutions and ‘direct action’, patience and street violence, suffocation and relief is playing itself out in Indian democracy with silence as a mediating modality that symbolises constraints on action. A silence that is inviting ‘the people’ to decode in ways they deem fit in their own ways, that is in turn played out as violence with impunity. What has been noted is the difference of this silence by choice from that of silence under compulsion of former prime minister Manmohan Singh but what we cannot afford to miss is its difference with the way Gandhi celebrated and attempted to institutionalise the practice of silence as a way of building inner resources building one’s ‘soul force’ as a precondition to pursue common good. The current silence has replaced inner self with external aggression. Gandhi had warned us and as on many occasions he proved to be ahead of his times and by the time we realise it we always seem to be behind his times.