The Unbearable Loneliness of Narendra Modi

The personality cult manufactured around Modi as the sole figurehead stands in stark contrast to the aspirations and demands of over a billion Indians.

In India, Bhakti, or what may be called the path of devotion or hero-worship, plays a part in its politics unequalled in magnitude by the part it plays in the politics of any other country in the world. Bhakti in religion may be a road to the salvation of the soul. But in politics, Bhakti or hero-worship is a sure road to degradation and to eventual dictatorship.
– B. R. Ambedkar

The statement is remarkable on many levels.

Why would a 42-year old politician, already a Union minister with cabinet rank, and with bright political prospects, sacrifice her career just because the numero uno of her party, 26 years her senior, will hang his boots eventually? This is the same Irani who had threatened to go on a fast-unto-death if Modi did not resign over Gujarat riots. From that position to the present one, there seems to have been a galactic shift.

And this shift is a metaphor for the revolting, and ultimately destructive development (for Indian democracy) in the last five years – the orchestration of an unparalleled personality cult around Narendra Modi. This is unparalleled because even Indira Gandhi did not command a cult following anywhere close to that of Modi’s.

Thus, the satirical film, Kissa Kursi Ka, mocking the Indira Gandhi regime and Sanjay Gandhi, was courageously made even while Indira was PM, but what we get now under Modi is B-grade hagiographies like the Modi biopic and NaMo TV.

While the Allahabad high court ruled that Indira Gandhi was guilty of electoral malpractice (a minor offence) and barred her from holding an elected office for six years, the Election Commission of India has very shockingly abdicated its role until now, and has not even dared to admonish PM Modi for his blatant and repeated communal campaign speeches which are in contravention of electoral regulations.

This is an illustration of how much the democratic institutions of India have been corroded under the weight of one personality in the last five years.

The personality cult around Narendra Modi

In fact, there have been three fundamental and almost irretrievable changes to our polity in the last five years: the legitimisation of communal hate by the government (seen in statements from the Prime Minister downwards), the unprecedented manufacturing and propagation of fake news by the regime and its supporters, and the personality cult of Modi itself.

The three aspects are not unrelated as well, for, the propaganda surrounding Narendra Modi is also closely linked to Modi as the “Hindu Hriday Samrat”.

Also read: Modism and Maoism Have a Lot in Common

But all personality cults, even if they are secular—as the Stalin and Mao regimes showed—are ultimately dangerous, and even more so for democracies. And when we are talking about India, the largest democracy in the world, and the oldest in the Third World, the outcomes of a personality cult and the destruction of institutions can only be catastrophic. The Emergency showed us how easy it is roll back the democratic gains achieved over decades of struggle.

What is happening now under Modi is worse than what happened under Indira Gandhi (despite the formal imposition of Emergency then) because, in the latter, there was a recognition about the dangers of her authoritarianism, and there was active opposition to it, especially by the media.

In the present times, on the contrary, significant sections of the masses and the elite are revelling under the thrall of the Modi personality cult, and almost the entire mainstream media, has completely surrendered to the whims of the one-man regime.

A case in point is the recent media coverage of Narendra Modi’s “apolitical” interview by Akshay Kumar. A media network like NDTV – considered to be very critical of the Modi government by the rightwing  – not only carried the whole propaganda exercise but also had five different snippets from it as its primary news.

If this is from a channel branded as “anti-Modi,” one can only imagine the state of those media outlets which are unapologetically tools of propaganda of Modi’s personality cult. 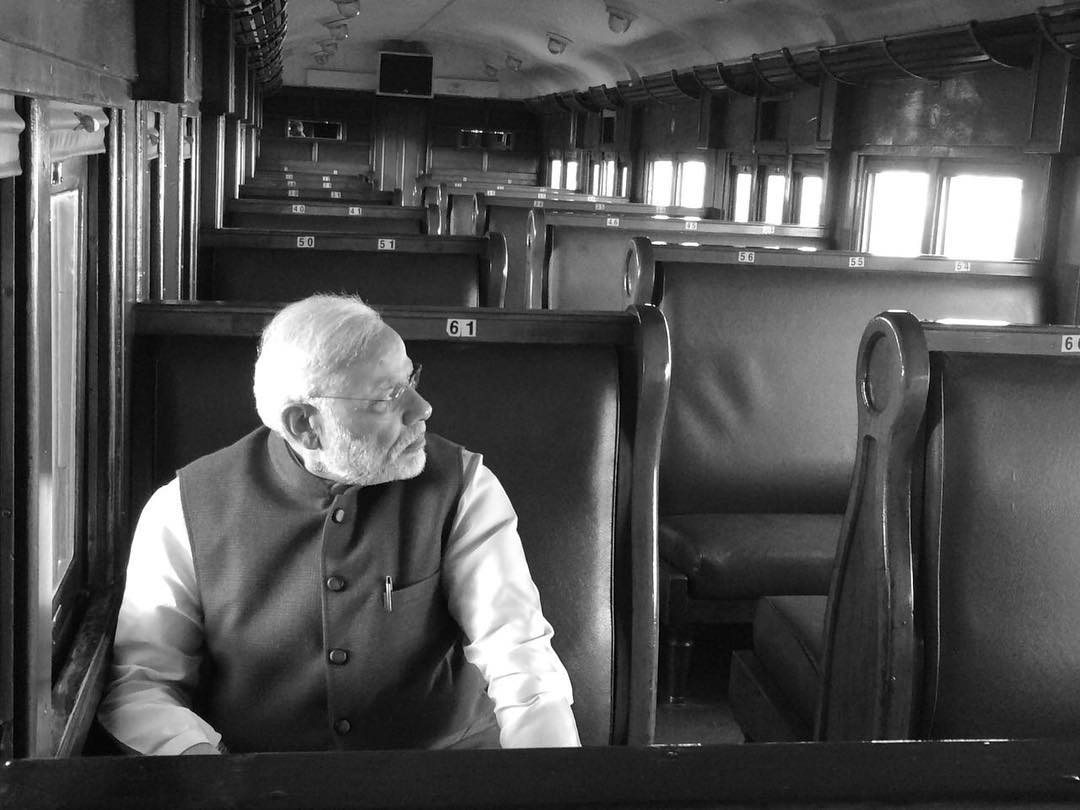 On September 5, 1977 (after the Emergency ended), Jawaharlal Nehru University students marched to Indira Gandhi’s residence, read in front of her the crimes committed by her government during the Emergency, and forced her to resign as the chancellor of JNU.

Is anything close to this conceivable with Narendra Modi?

Personality cult and authoritarian decision-making can have disastrous consequences. Demonetisation is a classic example. Or they can lead to an overriding of collective decision-making procedures, like in the case of the Rafale deal.

From a more critical perspective, the greatest damage that a personality cult does is that it reduces the people – who are the crux of a democracy – to mere recipients of doles dispensed by the “Great Leader”.

Thus, you have numerous narratives from rural India where people describe welfare schemes like Ujjwala gas cylinders or Swachh Bharat toilets as gifts from Modiji, not even from the BJP government.

Thus, public money spent by a democratically elected government seems like a largesse bestowed by a benevolent emperor on his subjects. The entire language of democracy has been drastically subverted here.

There could not be a more telling statement of the consecration of a personality cult than a comparison of the manifestos of the BJP in 2014 and 2019. If in 2014, the cover of the manifesto had images of 10 leaders besides Modi, in 2019, it just had Modi.

This transformation is what leads to the chorus sung by BJP leaders (like “Indira is India, India is Indira” slogan of the 1970s) about “Modiji ki Sena”, “Modiji’s Air Force” and so on. And it is what leads Union ministers and other BJP leaders to rush, almost with the precision of North Korean state pageantry, to tweet whatever Modi tweets or says.

It has also to be remembered that the visage of Modi that stares from every nook and cranny of the country, from an Air India boarding pass to a ‘Beti Bachao, Beti Padhao’ poster comes with a huge price tag, that too paid from the public exchequer.

But as personality cults elsewhere in the world show, they also degenerate into absurdities. Take, for example, the cult surrounding Turkmenistan President Gurbanguly Berdimuhamedov. There is nothing, according to Berdimuhamedov’s propaganda machinery, that he cannot do, from racing cars, maintaining a tough exercise regimen, to being a military action hero.

How eerily similar it is to the relentless glorification of Modi’s ’56-inch chest’ (but in a video from a few years ago, Modi actually talks about his ’46-inch chest’), his yoga videos, his photos in military fatigues, and the favourite subject of Modi’s interviewers: how little he sleeps.

It is ironic that the perpetrators of the Modi cult constantly seek to defend it by pointing towards the excesses of Indira Gandhi during the Emergency. This is such a seriously flawed comparison. Other than the fact that Indira was punished by the electorate for her crimes in 1977, the 1970s cannot be compared to the 2010s. In 1975, there were less than 50 electoral democracies in the world, whereas, in 2016, there were 130. The expectations from democracies and their leaders have significantly changed.

Ultimately, nothing can symbolise the Modi regime better than the daily photographs in which Narendra Modi is shown alone, whether it is inaugurating development projects, public monuments, riding public transport or visiting places.

In a country of 1.3 billion, with its teeming multitudes, and thronging crowds, doing things all alone is the ultimate marker of greatness. After all, what is greatness if it has to be shared among many others? The literal and metaphorical airbrushing of Modi’s colleagues is the singular achievement of the Modi regime.

And there is nothing sad about this willfully embraced loneliness of Narendra Modi, it is supposed to be a sage-like detachment, all in the cause of the nation.

Yet, the greatest contradiction that India faces now is precisely this: the exploding democratic aspirations of the poor and the oppressed on the one hand, and the increasing expectation of the fulfilment of these aspirations from one individual, on the other.

Nissim Mannathukkaren is the Chair of International Development Studies at Dalhousie University, Canada. He tweets @nmannathukkaren.