Many of his policies draw from Imperial rule and treats dissidents as a threat, just as the British did. 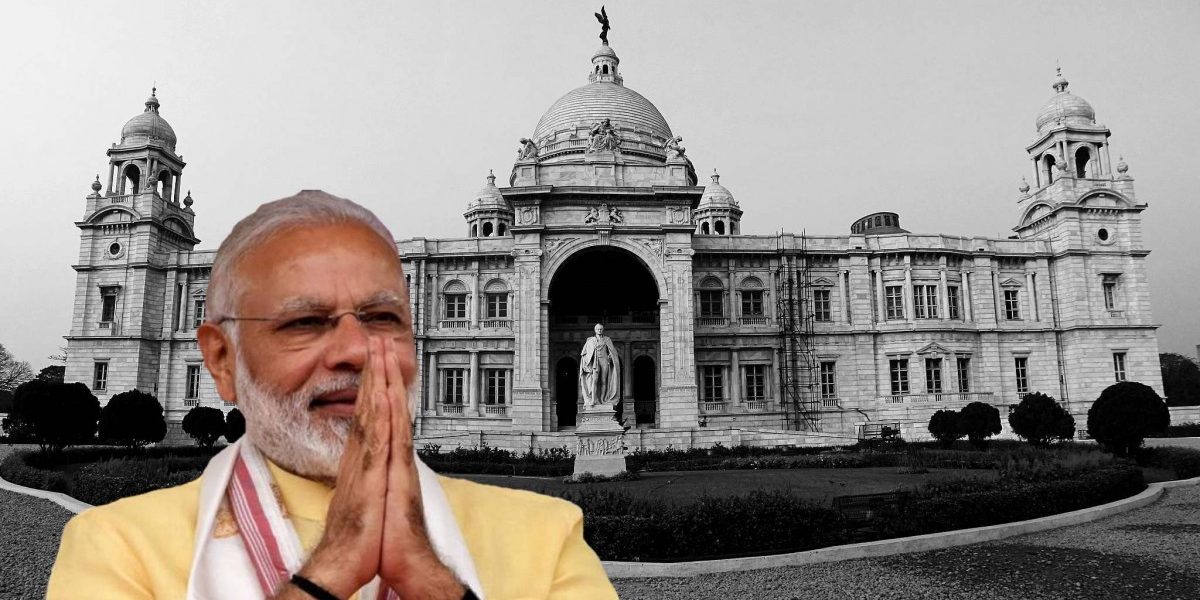 Like many commentators, I have been wondering how to understand what is happening in India. I am deeply puzzled by the descent of a fairly sturdy postcolonial democracy into a tyrannical and corrupt autocracy, sustained by Hindutva rage and high-octane xenophobia.

As always, we have a host of explanations available, whose chronology ranges from 2014, when Modi became the strongest of India’s strongmen, to 2019, when the Indian electorate renewed his regime, and backwards from 2002, when Modi showed how to decimate Muslims in Gujarat, as a prelude to his march on Delhi, to 1992, when the Babri Masjid was destroyed. Other chronologies go further back, to the wounds of Partition and to the Emergency of 1975-77, when Indira Gandhi showed how easy it was to strangle Indian democracy, even if temporarily. Other diagnoses are not chronological but tectonic and they point to a global trend towards right-wing authoritarianism.

All these chronologies have something to recommend them. I have another one to offer, which runs against the surface grain of Hindutva and is counter-intuitive to its public profile. This chronology locates the current BJP regime in the middle of the 19th century, at the crucial point where the East India Company gave way to the British Empire through the Queen’s Proclamation of 1858, which turned India into a jewel in the British Crown. In this chronology, I see the Modi regime, and all its regional satraps, as direct descendants of the high point of British rule in India, which one could place in the 1860s and the decades that followed it. The current BJP regime is the British Empire 2.0.

What justifies this analogy? First, the British worked very hard to demonise Mughal rule in India. They typically regarded India’s Muslim rulers as tyrannical, violent, corrupt and devious. They famously regarded the 18th century as chaotic, and themselves as the bringers of order to this chaotic scene. This is just the BJP view of India after Partition and under the Congress. The anti-Muslim views of the British were directly inherited by the RSS and by its child, the BJP. Of course, the British also had intense contempt for Hindus, especially for Brahmins, and saw Hindu religion as the pinnacle of superstition, idolatry and obsequiousness.

Here we need to recall that the British saw themselves as the true reformers of Hinduism, with their legal moves against sati, widow remarriage and other exhibits in the Victorian chamber of Hindu horrors. Modi is likewise a Hindu reformer, committed to purging it of its effeminate, anti-technological and tolerant elements to install a patriarchal, developmentalist and masculine version of Hinduism in its place. His regime could be seen as inventing and installing a stereotypically Islamic DNA into the flabby psyche of a soft, feminine and hyper-tolerant Nehruvian Hinduism.

Both parts of this invention are a direct mirror of British views of Hinduism and Islam starting in the 19th century. As we move into the 21st century, Modi and his cronies show contempt for the Congress in both its Nehruvian and Gandhian forms, just as the British did. The British despised Gandhi as the naked Fakir who mobilised Indians into a movement for Swaraj and they did not have much regard for Nehru either, seeing him as a turncoat Harrovian who sold his English masters to inherit Gandhi’s mantle. Modi learned his contempt for Gandhi and for Nehru from the British.

But Modi is also a child of Imperial Britain in other ways. He loves and uses (with the assistance of his ADC Amit Shah) the most draconian provisions of colonial law, in regard to sedition, free speech and the right to assemble and protest. He loves the legal structure which concentrates military and police powers in Delhi. He relishes the powers of the Executive, whether through the intelligence officialdom, the tax and enforcement authorities, the Customs or the Reserve Bank of India, since they allow him to twist and bend the policy apparatus by fiat, to suit his Imperial whims. The same is true for his strange economic policies, notably his surreal moves on demonetisation, the Goods and Services Tax (GST), or the recently repealed agriculture laws. These are all policies which make no sense at all in terms of most criteria of economic development and national well-being.

Also read: PM Modi Must Realise That a Diarchy Is As Big a Threat to Democracy as Dynastic Politics

Many analysts agree that India has slipped massively on most global economic indices in the last five years. And the ruling regime does not seem to care. If they are direct descendants of the British Empire, this makes complete sense. Modinomics is about siphoning national wealth to the Adanis and Ambanis and to their myriad regional and local counterparts, who are sucking the blood out of Indian rivers, soils, forests and fields, supported by local militias and corrupt local officials. These local elites are the counterparts of the “white ants” of the colonial period, who ate away local resources while serving the extractive interests of urban and national elites.

The final sucking noise in the British Imperial machine in India was from the Imperial Exchequer and the coffers of the British state in London. Today, the sucking noise comes from the globalised pockets and numbered accounts of a few hundred Indian oligarchs, who are happy to toss some of their black money into the BJP electoral machine. In both cases, the national economy is a piggy bank, to be primed and emptied on imperial demand. It is no more about vikas than the British Empire was.

Two final elements justify my genealogy for Moditva. Consider Ajit Doval’s recent speech about today’s strategic war being fought in the theatre of civil society. Indeed, this is a remarkable statement from any major spokesman of any, even notionally democratic society. What Doval aims to do is to drive a deep conceptual wedge between the “People”, defined as the electorate which has given full authority to the Executive, and “Civil Society”, by which he means artists, scholars, journalists, activists and critics of the regime, no longer to be smeared as “urban Naxalites” or the Khan Market crowd or the tukde-tukde gang, but more totally and abstractly as “Civil Society”.

This totalised view of all democratic dissent could only issue from the British Empire 2.0, a sort of settler colonial regime, coming to rule Delhi from its original lands in Ahmedabad, Baroda and Surat. Not since the British in the age of High Empire has the whole of “civil society” been portrayed as a threat to the stability, integrity and legitimacy of the state.  This is not the lens of homegrown xenophobia but of settler colonial contempt for the indigenous population.

How could I possibly refer to the BJP regime as a settler colonialist regime? Because their self-image and lens is that of a newly minted dominant race – defined by its radical Hindutva – which has the full right to subordinate the excluded, the heterodox and the marginal to their dominion. This settler class may not have arrived from across the mountains or over the sea but their relationship to India’s racial, religious, ecological and cultural minorities is one of superiority, biocultural difference and imperial arrogance.

Thus, the idea that India has been captured by a sort of Hindu majoritarianism is wrong. What India has been captured by is a small class of settler colonists who wish to exclude and dominate India’s true majority, which is constituted of millions of other minorities. In this sense, all settler colonialisms subvert, distort and invert existing demographic realities by claiming to be the only majority among minorities, whereas the truth is that the so-called Hindu majority is an artificial category created by the deliberate propaganda and political fabrication of an identity which has no real history before the 19th century. In this perspective, Hindutva completes the fantasy of British settler colonialism, which was constrained by the small numbers of white rulers, and can now be enacted by Indian colonists, speaking in the name of a fictional Hindu majority.

If the analogy proposed here has any merit, it also casts light on the massive, unprecedented and relentless Central Vista project, which aims to bury Lutyens’ Delhi under the weight of a wholly made-in-the-South-Block vision of renascent India, which owes as little to Gandhi and Nehru as it does to those who tried to imagine a national capital with its roots in a long imperial past. This Delhi must go, not to be replaced by some chimeric neo-Hindu iconography but by the monumentally baroque vision of Bimal Patel and his patrons. It is inconsiderate of law, history, environment, aesthetics or even a whiff of popular sovereignty. Its unacknowledged textbook is High Imperialism, and its roots lie in the decades long before Lutyens, in the “illusion of permanence” which defined the British Raj until about 1920.

Yet, every Raj has its Twilight and it is the farmers of Punjab, Haryana and Western Uttar Pradesh who have signalled the twilight of this Raj. Refusing to be displaced by the Viceroys from Gujarat, the Sikh-led farmers who have yet to go home have offered a valiant proxy for the five hundred million Indians (Dalit, Muslim and Adivasi) who have been humiliated under the settler-colonialism of the Modi regime. With much of the South dancing to its own tune, with the North-East in need of massive military force to keep it subjugated, with Rajasthan, Maharashtra and Punjab out of BJP control and with Mamta Banerjee building a new oppositional umbrella, the current regime rules only Lutyens Delhi with any security. The Central Vista Project is their monument, but it may also prove to be their mausoleum, not tomorrow – but soon. That is why it is worth Rs 25,000 crore of expenditure without accountability.

Yes, we are in 2021. Yes, the First Indian War of Independence was in 1857. Yes, we have Modi holograms, Aadhaar cards, start-up venture capital, and all the other trappings of the new. But the regime that rules us is fully as alien as the British were, and only a Second War of Independence will bring it to its knees. In this war, the farmers on the borders of Delhi are our front-line soldiers.