This exceprt from 'Furrows in a Field', the biography of former prime minister H.D. Deve Gowda, discusses the public recognition that Modi has given the JD(S) stalwart. Excerpted from Furrows in a Field by Sugata Srinivasaraju, with permission from Penguin Random House India from the chapter ‘Modi Focus and the Patel Backdrop’.

There may be many things that make Gowda unhappy about Modi, but there is one thing that makes him happy, which is the public recognition that Modi has given Gowda. ‘No prime minister took my name in public after I stepped down in 1997. Vajpayee and Manmohan Singh did not. The Congress in general tried to ignore everybody outside the dynasty. But after 2014, Modi started taking my name. He started telling people that I was a senior leader, a tall leader, a farmer’s leader, that I made it to the top, like him, on my own, and that I should be respected. He may have praised me to meet his ends and suit his election needs, but the fact is he did. Personally, he has always been very courteous. He has called me many times, received me many times at his home, and whenever we have sat down to talk, he listens. Yes, he is a good listener, but he never reacts. He will never react to anything— mounam kalaham naasti (a Sanskrit proverb that means, there will be no quarrel if one is silent). That is the one thing that he has cultivated. When I went to him in 2014 to resign, he treated me well. He was affectionate.’ 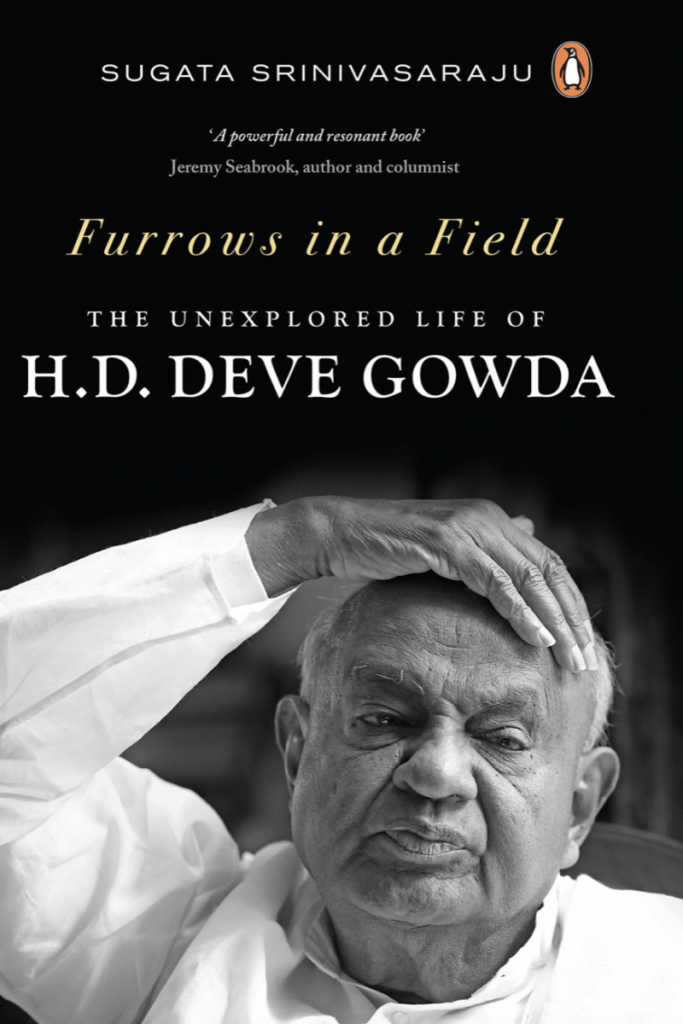 It may sound inappropriate, but Modi had mentioned the affection he showers on Gowda when he meets him, and that too in an election speech, in May 2018: ‘I meet our former prime minister, Shriman Deve Gowdaji, whenever he comes to Delhi and seeks my time. That’s not all. When he visits my home, I always go to his car to open the door to welcome him. And when he leaves, I go to the car to see him off. Politically he is our opponent, he criticizes me and votes against us in the Parliament. But Deve Gowdaji is among the greatest leaders, and I have no right to forget that. There will be differences in politics, but there are certain etiquettes in public life,’ Modi had said.

Gowda’s general observation of Modi’s deep urge to correct attitudes and history was accurate. In an interview in September 2016, Modi offered a rationale on why he had no time for the elite Lutyens’s-Delhi crowd. He may be seen narrowly appropriating a larger argument for self-aggrandizement, but it was still insightful. He said: ‘Look at history. Patel was always seen as a rural unsophisticate; nobody spoke of what Morarjibhai did but only discussed what he drank. None spoke of Deve Gowda’s achievements as a farmer’s son but only projected his slumber. They similarly made fun of Charan Singh, and in his time, Ambedkar was humiliated too.’ Modi had made a case for non-dynastic and non-Congress prime ministers and political stalwarts. It was a powerful message that he was sending across, urging people to look beyond the Congress, and beyond the dynasty.

Gowda was not aware of this interview. When he heard what Modi had said, he got into a long loop: ‘I will agree with the Modi argument. Other than the Congress dynasty, they do not want to take the names of anybody. Manmohan Singh served this country for ten years. Is his name anywhere? In the naming of all public programmes and public institutions, their imagination used to stop with a Gandhi name. Modi is trying to change all that. He has taken over the Nehru Memorial at Teen Murti and converted it into a museum for all prime ministers. That is a good thing. This is a big country, and as Thyagaraja said ‘Endaromahanubhavulu’, many great men have shaped this nation. How can modern history be built only around one surname and one family? My respect for Nehru and others from that family is there on one side, I would not deny that, but when it comes to the nation, we should acknowledge everybody’s contribution. Congress started acknowledging other leaders who served their own party and the nation only when they feared that Modi and BJP would appropriate all of them. There should be genuine regard and respect; nothing should happen out of fear. Nobody becomes a prime minister just like that. Only a fool can be convinced that it happens like magic. You may be at the top for ten days, ten months or ten years, but it is not luck alone that takes you there. There is hard work, political moves, perseverance, and decades of waiting, and of course, there is the shower of God’s grace. Getting there, I think, is the toughest, but surviving there is relatively easy. If you do not have a majority like Modi, you have to go on compromising. You will survive and float for a longer period. I chose not to do that.’ 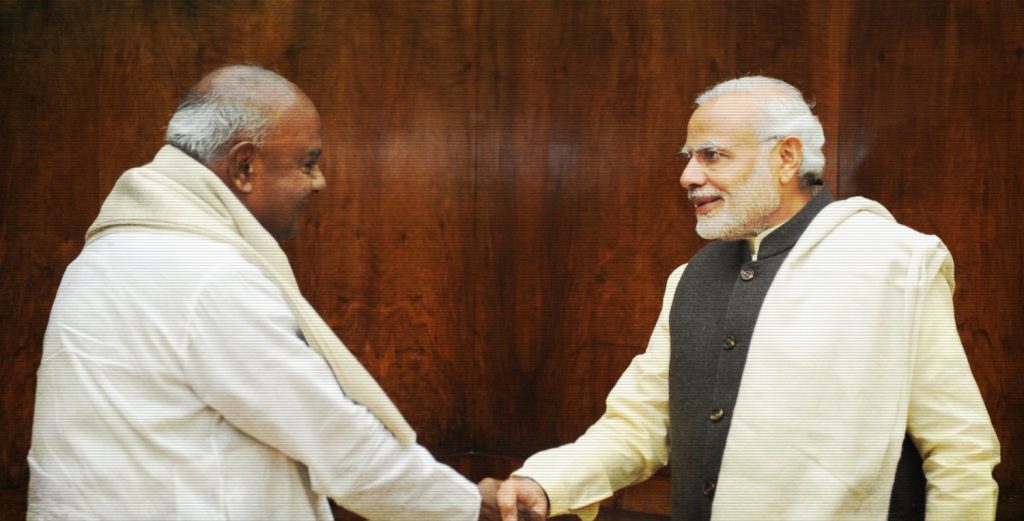 Gowda also revealed that Modi sought some kind of political alignment with him. At a NITI Aayog meeting in Delhi in early 2019, he had taken aside H.D. Kumaraswamy, Gowda’s son and sitting Karnataka chief minister, and had apparently said: ‘Your father is still addicted to Congress politics. He will not compromise with our politics. But the Congress wants to destroy you. You resign today, and you will take oath tomorrow with our support like Nitish Kumar. I will put you on the job for full five years.’ That was around the time that Congress legislators were getting ready to cross over to the BJP and destabilize the coalition government. But Kumaraswamy had politely declined this offer: ‘My son said I don’t want to hurt my father at this age. He is suffering. My government may stay or go, at his advanced age, I can’t hurt the feelings of my father.’ This was the same Kumaraswamy who had aligned with the BJP in 2006, against Gowda’s wishes, but now he was not willing to cross the line. In fact, a day before Modi had praised Gowda in an election rally in 2018, the patriarch had declared in an interview that he would ‘disown’ his son if he aligned with the BJP after the assembly polls.’