People lit diyas and burst crackers and then mingled, chanting ‘Go corona go’ and 'Bharat Mata ki Jai'. If their intent was to fight the virus, the one proven method, social distancing, was not adequately followed. 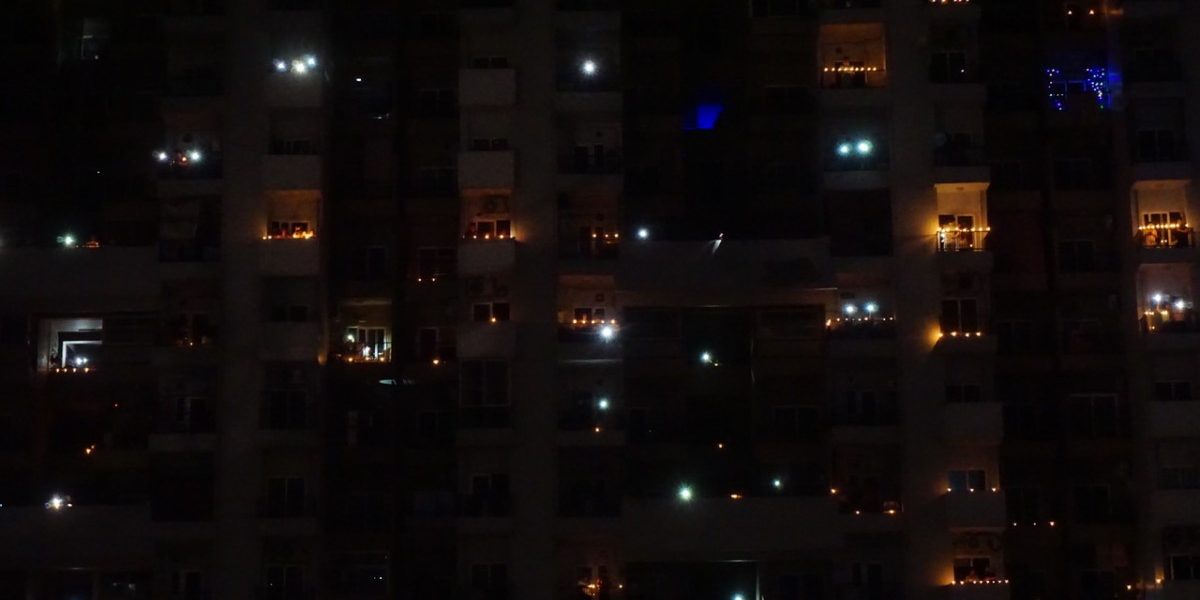 New Delhi: Responding to Prime Minister Narendra Modi’s call to fire up candles and diyas for nine minutes to ‘harness the power of light’ against the coronavirus, people in parts of the country came out onto their balconies and even the streets with candles lit but even burst crackers.

Modi had said, “On the 5th of April, at 9 pm, turn off all the lights in your homes, stand at your doors or in your balconies, and light candles or diyas, torches or mobile flashlights for 9 minutes. I repeat, light candles or diyas, torches or mobile flashlights.” This, he said, would show that each person in lockdown was not alone. In Hindu mythology, the number nine is considered auspicious and many assumed this was why the prime minister settled on that time and duration for his exercise.

Italians, who have been under lock down for about a month, have, on their own, taken to their balconies and held candles aloft to try and beat the sense of isolation. In India’s version, in some places people came together in common areas of their housing societies to light diyas, mingle, chant ‘Go corona go’ and shout ‘Bharat mata ki jai’. While their intent was to fight  the virus, the one proven method to stop its spread, social distancing, was not adequately followed as people once again congregated for the event and even hugged each other – albeit in lesser numbers than on March 22, the last time Modi demanded collective action.

Sunday’s event in many neighbouehoods went on well beyond the nine minutes that Modi had stipulated, with people using the occasion to stay outside their homes bursting crackers, chanting slogans and even mingling. 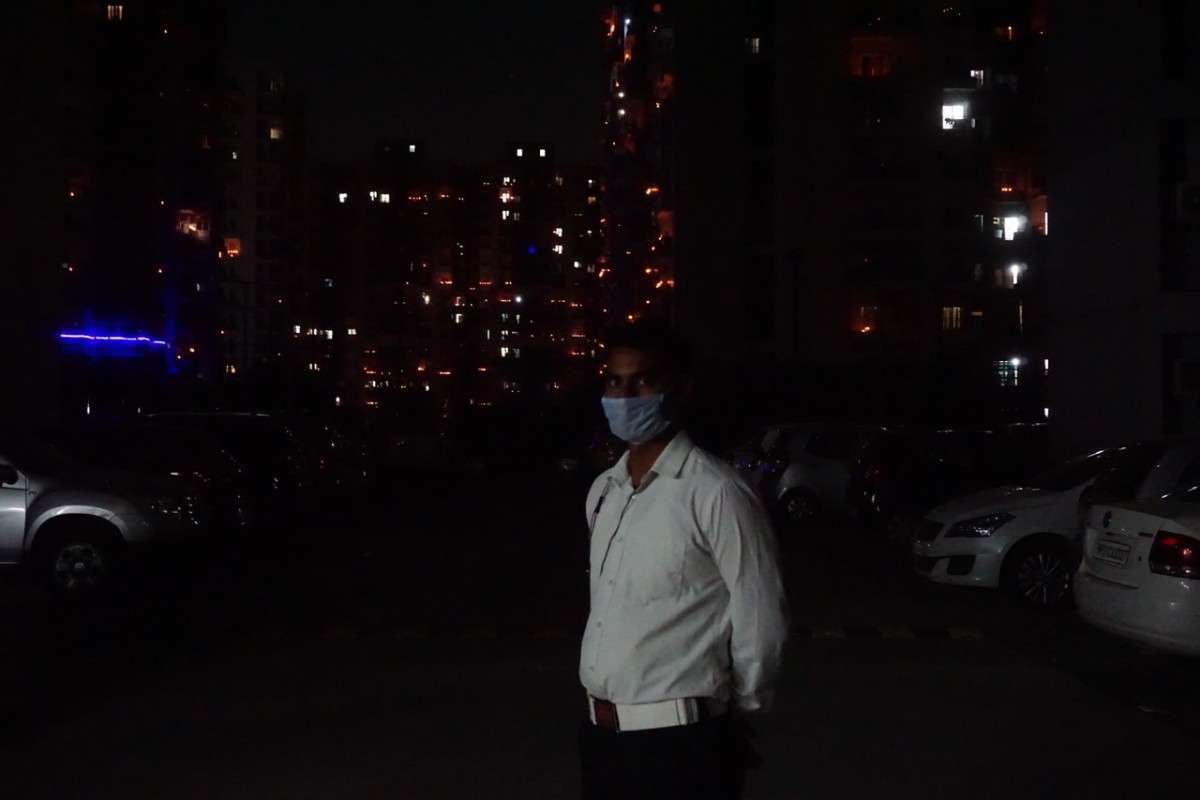 Not all the lights went off. Photo: Shome Basu

In a village near Jaipur, people climbed on the top of the roofs of their homes beating drums and chanting ‘Corona hai hai’ and ‘Modi Zindabad’.

In metropolitan cities, several housing colonies switched off their lights and people took to their balconies to light diyas and candles.

The government had said that street lights were to be kept functional during the nine minute event, but even those were switched off in a few places like Mohali, Vasant Kunj in Delhi, parts of Bengaluru, Pune and Mumbai.

People had also begun during the day to paint rangolis for them to be ready by 9 pm. One of them drew a map of India with ‘get well soon’ written on it. On another map, was written ‘Corona mukt Bharat’.

In Meerut, firecrackers continued to be burst till about 9.40 pm, after which music from speakers began to be played as people danced.

In a part of Jaipur, a building caught fire due to the fire crackers.

Massive fire in a building in my neighborhood from bursting crackers for #9baje9mintues. Fire brigade just drove in. Hope everyone's safe. pic.twitter.com/NcyDxYdeFW

Modi himself lit a tall lamp and posted several pictures of it on twitter.

With the power companies having taken precautions, the grid remained robust and no faults have so been reported. “Nine-minute lights-out event went smoothly; no impact on electricity grid functioning,” said power minister R.K. Singh according to PTI. Children with diyas in the Delhi University area. Photo: The Wire

But the decline in power demand was bigger than what the power ministry had estimated with demand dipping from 117 GW to 85 GW at 9 pm – a drop of 27% and not 12% as the ministry had anticipated. The grid, however, braved the situation.

However, despite responding to Modi’s ‘lights off’ call, many people said they still wanted the government to answer key questions about India’s strategy to mitigate the impact of the coronavirus. Among these:

1. How the government is planning to ramp up the production of personal protective equipment (PPE) and masks for doctors and hospital staff who face the threat of getting infected.

2. When and how will India increase testing so that the scale and reach of the spread of the virus is known?

3. How prepared is India with hospital beds, isolation wards and ventilators to deal with an increase in number of patients?

4. What are the steps the government is taking to mitigate the economic loss to migrant workers, land less labourers and daily wage earners?

5. What steps beyond the financial package announced on March 26 is the government going to take to deal with the massive losses to the economy that have, and will, occur due to the lockdown?

Above all, people wondered what would happen at the end of the lockdown on April 14. “I hope it is not extended”, said one young man who stood outside his door with his cellphone torch on in Delhi’s Lodhi Colony area. “But then again, what happens if it is lifted and we find the virus is still spreading?”