Congress, Left and Trinamool Congress leaders all said the prime minister had been less than truthful. 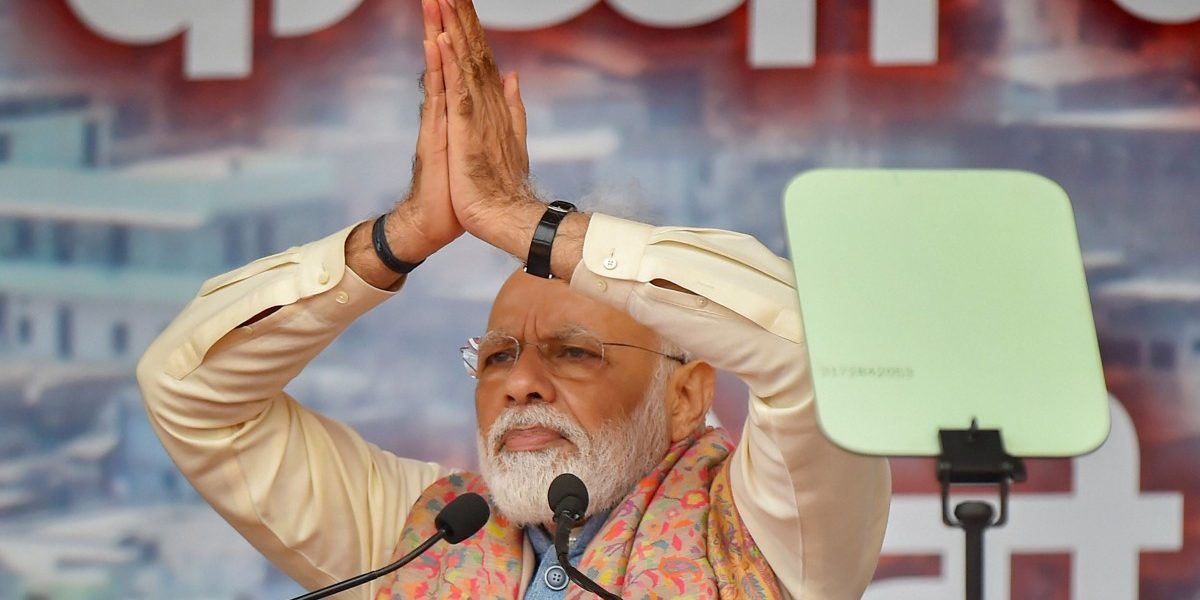 In his speech, Modi blamed the opposition for engineering social unrest and misleading the people of the country on the recently passed Citizenship (Amendment) Act, 2019 (CAA) by calling it anti-Muslim. He claimed that his government doesn’t discriminate on the basis of religion, citing the example of social welfare schemes which he said were not being implemented according to religion. He also claimed, contrary to publicly documented evidence, that there hasn’t been any discussion anywhere on a nationwide National Register of Citizens (NRC) since his party came to power in 2014.

Responding to the prime minister’s accusations, Congress leader Anand Sharma said, “Environment of fear, uncertainty created not by us, but by home minister’s statement in both houses that NRC will come.”

Congress spokesperson Manish Tewari pointed out that the BJP manifesto mentioned NRC and home minister Amit Shah has also said on various occasions that there would be a nationwide NRC.

PM’s saying no NRC. Why did they then commit it in their manifesto? Why did Amit Shah say there would be a national NRC?. PM’s speech is nothing but an Excersize in sophistry. The countrywide protests have thrown them off.

Modi named Rajasthan chief minister Ashok Gehlot in his speech, claiming that he has also demanded citizenship for refugees in the past. Gehlot responded by saying the prime minister was misleading the country using his name.

“Earlier it was Amit Shah in Parliament and today, Prime Minister Narendra Modi is misleading the country by taking my name. What do they want to say? Was it wrong to write to then home minister P Chidambaram for making facilities available to those who had come to the border areas of Rajasthan from Pakistan after facing persecution,” he said in a tweet in Hindi. Gehlot also led a “peace march” in Jaipur demanding that the government take back the CAA and announce that there would be no nationwide NRC.

Modi attacked West Bengal chief minister Mamata Banerjee for her “changed” stand. “Mamata didi reached the UN (United Nations) from Kolkata. A few years ago, she used to plead in Parliament to stop Bangladeshi infiltrators and help the persecuted refugees from there,” he said. Banerjee responded by saying that both the prime minister’s and her stand is in public for the people to judge.

Whatever I said is there in public forum, whatever you said is there for people to judge. With #PM contradicting #HomeMinister publicly on Nationwide NRC, who is dividing fundamental idea of India? People will definitely decide who is right & who is wrong #IRejectCAA #IRejectNRC

Kerala chief minister Pinarayi Vijayan hit out at the prime minister, saying “emotional outbursts” were not enough and that he needs to follow it up with concrete action. He also said Modi’s assurances sound hollow as Amit Shah has contradicted what he says.

Communist Party of India (Marxist) general secretary Sitaram Yechury has called the speech “full of untruths, half-truths and misleading statements”. He has also demanded that plans for nationwide NRC be cancelled and amendments to CAA be withdrawn. “The PM’s election campaign speech in Delhi today is full of untruths, half-truths and misleading statements. Whether it be the NRC, CAA or detention camps, the facts are to the contrary,” he said.

He also attempted to shift the focus to the state of the economy. “There is criminal neglect of people’s misery. Unemployment is at its highest, price rise is killing – onions out of reach, farm distress is leading to suicides and there is a recession. But PM doesn’t utter a word on this. Only attempts to divide people, but they see through it,” he added. His party has also released a statement on the speech titled “Modi’s Delhi Speech: A Bundle of Untruths”.

The PM’s election campaign speech in Delhi today is full of untruths, half-truths and misleading statements. Whether it be the NRC, CAA or detention camps, the facts are to the contrary.

The speech has also been criticised on social media, with many saying the prime minister was being economical with the truth.

Modi’s speech today was full of lies. In this thread, I am putting together tweets exposing all of them. RT widely. If you see other relevant tweets, tag me and I will add them to the list. #ModiLies #IndiaAgainstCAA_NRC