Modi 2.0 Must Check the Sangh's Role in Generating Politics of Fear

The prime minister should demonstrate this inward gaze in order to seek a new legacy as a leader who promotes inclusiveness by attacking all forms of polarisation in the social and political space.

All prime ministers – even re-elected ones – enjoy a period of honeymoon with the media and other critics, who normally wait a while to see how promises translate into action. In his second term, after winning an even bigger majority, Prime Minister Narendra Modi has made some highly definitive pronouncements regarding his political intent.

Firstly, he has said, “There cannot be any vindictiveness. People’s representatives have no right to think with vindictiveness. We should not only work with those who are with us but also those who will be with us in future.” This sentiment was reinforced by adding ‘Sabka Vishwas’ (win everyone’s trust) to his original slogan of ‘Sabka Saath, Sabka Vikas’ (collective efforts, inclusive growth).

Let us take PM Modi at face value and assume he is serious about the objectives he outlined in a full meeting of the NDA in parliament. Besides, he swore to protect the constitution and its values. If taken at face value, it appears Modi wants a total image makeover in his second term. He even seemed to express his desire to leave all the negativities and divisiveness of the political discourse during his previous term behind.

So how does one read these statements of intent from a prime minister who has won the biggest electoral mandate of the people since 1984? Modi may genuinely seek to build a legacy of his own in the next five years which would be remembered by the global community. He has received highly negative international press during his last term, ending with a story in TIME magazine describing him as “India’s Divider in Chief”.

Whatever spin Modi’s media managers may give, it is clear the prime minister is highly sensitive to what appears about him in the international press. Therefore, his opening remarks after his victory clearly focused on the need to win over the trust of those who are vehemently opposed to his politics.

His special emphasis on avoiding the politics of vindictiveness is also very significant. Modi possibly recognises implicitly that his previous term was marked by polarisation, divisiveness and even vindictiveness which vitiated the political discourse. Amartya Sen has pointed out that Modi may have won power but he still needs to win the battle of ideas. The battle of ideas can only be won in a persuasive manner, not by being vindictive or aggressive.

Modi possibly realises this. Witness the manner in which the BJP general secretary argued in the Indian Express after Modi’s historic 2019 mandate that the “remnants of the secular/liberal cartels need to be eliminated from the intellectual landscape”. Indeed this reeks of what Modi described as vindictiveness which spills over from his previous tenure as prime minister.

The BJP, though in power with a full majority in 2014, was seen as angry and aggressive going by the tone and tenour of its leaders and spokespersons on TV channels who often described all opposition and secular/liberals as part of “tukde tukde gang”. Why should a hugely victorious party be so angry and even play victim at times? This was a puzzling aspect of Modi’s first term. Maybe he wants to change this now and perhaps expand the middle ground.

However, Modi must demonstrate with some actions how he wants to change the nature of the polarised discourse we have seen so far. I am laying emphasis on action because even in 2014 he gave a very positive speech on August 15 from the ramparts of Red Fort when he said there should be a ten-year moratorium on all divisive issues in the nation’s politics so that there could be an uninterrupted focus on development. But within a few months, the Rashtriya Swayamsevak Sangh (RSS) chief Mohan Bhagwat personally gave a call for “ghar wapasi” (homecoming), urging all Muslims to convert back to Hinduism.

Then the RSS launched the anti-beef campaign and demanded a national law to prohibit cow slaughter – even though most states had such a law in place. This was another divisive issue which resulted in several instances of lumpen Hindu mobs inflicting violence on Muslim/Dalit cattle traders. Cattle laws were changed to make trading in cattle difficult and this has affected farmers across all communities who can’t sell cattle to recover the residual price. The stray cattle menace is hurting farmers across the Hindi belt. One hopes the BJP doesn’t interpret this mandate as favouring the irrational cattle trading laws.

The ghar wapasi campaign, beef/cow related violence created immense fear among the Muslims in the initial years of the Modi government. So when Modi talks about eliminating the politics of fear to which the minorities are subjected, is he also referring to the role of the Sangh parivar in generating this fear? It is true the opposition parties exploit such fears but then the right-wing organisations of the Sangh parivar chiefly generate such fears. 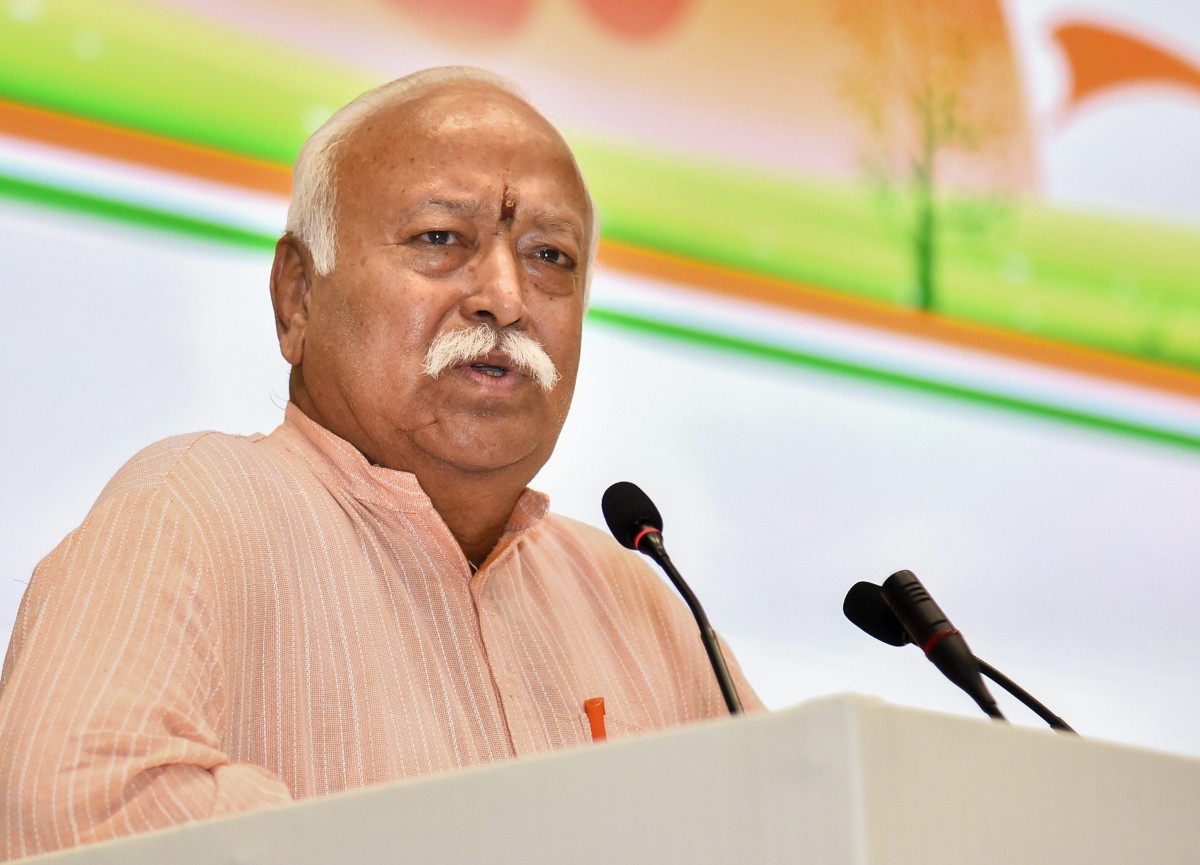 Even the RSS chief hinted at the need to change attitudes in his Vigyan Bhavan speech last year when he said the Hindu society cannot forever blame the Muslims for all the ills it has suffered. All these decades, blaming the Muslims and projecting the majority community as the victim seemed to be the leitmotif of Sangh parivar’s cultural politics. Hard wired into the BJP system, this keeps coming back in electoral campaigns regularly. It came back in the 2019 polls with a vengeance.

So is Modi suggesting he will change this in his second term by upending the politics of fear that Muslims are subjected to? If he is to seriously attempt this, shouldn’t the introspection begin in the sanctum of the Sangh parivar? Modi 2.0 must clearly demonstrate this inward gaze in order to seek a fundamentally new legacy as a leader who promotes inclusiveness by attacking all forms of polarisation in the social and political space.

To whatever extent the 2019 vote for Modi is a Hindu vote, it would be a litmus test for the prime minister to work with this constituency to erode the politics of fear played around the Muslim minority. The question is, will he take up this huge challenge because he really doesn’t need to.