The Importance of Being a Gently Spoken Prime Minister

The much reviled Pandit Nehru was known to posses a short temper, but in public life he was the epitome of dignity, as was Atal Bihari Vajpayee. It is in this context that we note how Narendra Modi appears so insensitive to his responsibility to be gentle in public communication. 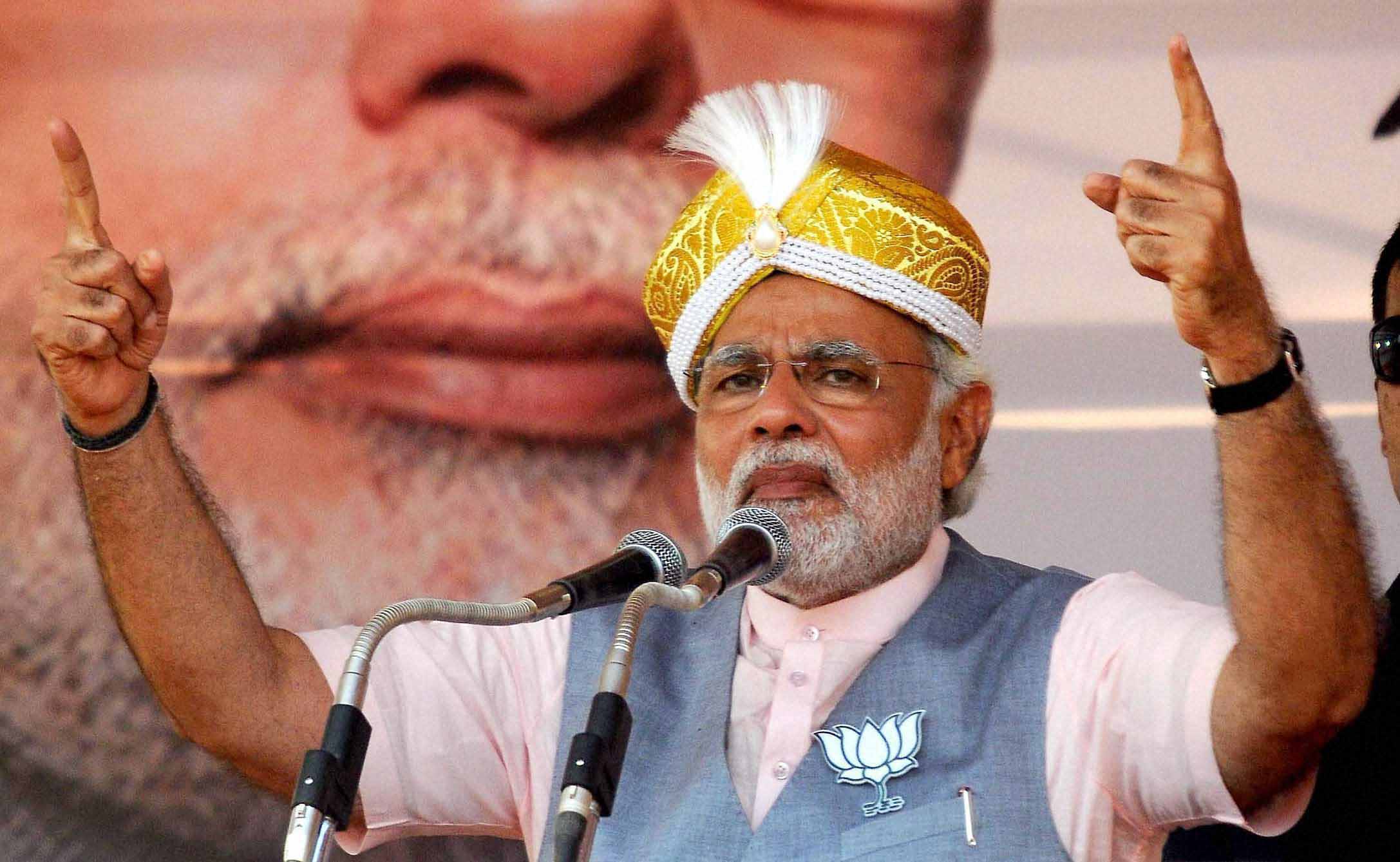 Fate, they say, leads a man to glory but hubris undoes what destiny confers. It is expected of those who are catapulted to the highest posts or even those who propel themselves to reach such historic heights to accept certain obligations. Among these, the most important is to conduct themselves in a manner befitting the post. If they cannot enhance its dignity, they are duty-bound not to devalue it. India has been lucky in this regard as every prime minister, except one, has acted his or her role in the manner expected – even when their personal inclinations appear to dictate otherwise. The much reviled Pandit Nehru was known to posses a short temper, but in public life he was the epitome of dignity. Frankly, it was he who set the benchmark and Atal Bihari Vajpayee took this decorum to new heights. It is in this context that we note with pain how the second prime minister from his party appears so insensitive to his responsibility to be gentle in public communication.

Never before has any prime minister’s statement in the Parliament been so hurting as to be expunged from its records. Though the press appears to have played it down – or was perhaps persuaded to do so – this apparently small incident will remain an indelible blot on our reasonably commendable history of parliamentary democracy. It is the same gentleman who began his parliamentary career by going to the other extreme, with his theatrical gesture of kissing the hopefully-sanitised floor of the Lok Sabha.

Cameras and practised oratory are not all that matter – people see through insincerity much more than what leaders think. On the August 9, he mocked B.K. Hariprasad, who had just lost the election as the opposition candidate for the post of deputy chairman of the Rajya Sabha. It was a wordplay on his name – which he had no business to do – and someone needs to tell him that these are considered juvenile acts. Every one of the countless government schemes that he has marketed in his regime, most of which are just repackages of old or existing ones, come in with acronyms that he then elaborates by playing on the alphabets – as if the whole nation were a kindergarten class. All of Delhi knows how his fawning advisors and his well-paid tag-line writers really sweat to keep up with his childish word games.

Someone else may have been ‘condoned’ but Narendra Modi appears to be a serial offender where insulting opponents is concerned. We can start with his long tenure in Gujarat but we would not like to remember the most tragic riots in which 790 Muslims (this is the official figure) were killed, reportedly without any support from the police or the administration. When asked about it in July 2013, Modi responded by saying that the driver or the passenger of a car cannot be blamed “if a puppy comes under the wheel”.

This terribly insensitive remark and the unfortunate comparison with the victim community created an uproar, but people soon moved on. He was a bit more cautious during his historic campaign for the 2014 elections but his numerous rallies were really tests of stamina and proof of his excellence as a mesmerising orator. Then came the Bihar elections in 2015 where he lost out to the Nitish Kumar-Lalu Yadav combine, but some BJP leaders were unhappy at Modi’s unwarranted aggression. Bhola Singh, BJP MP, openly declared that the prime minister’s “unparliamentary language” during the election campaign was one of the reasons why the BJP lost the Bihar battle.

No occasion stops those who belittle dignity, either their own or others. He did not spare the retiring vice-president of India, M. Hamid Ansari and chose his sentimental farewell function to attack one of most dignified men in public affairs. In August 2017, Ansari had dared to mention that Muslims were feeling insecure, but was he really expected to say that they are happy with constant lynching? The manner in which the prime minister sought to run down Ansari’s long and successful diplomatic career in West Asia – the same area he himself pretends to cultivate through many of his innumerable foreign visits – sadly revealed perhaps his own poor upbringing. By ‘ghettoising’ Ansari’s association with the Aligarh Muslim university, he went out of the way to insult India’s senior-most Muslim, quite intentionally.

His conduct deteriorates even further when elections approach. In December of last year, Modi made a lot of very bitter comments – even though he managed to win Gujarat by a slender margin, mainly by splitting opposition votes. On December 10, he reached the rock bottom in public indignity when he accused former Prime Minister Manmohan Singh and the former vice-president of actually conspiring with the Pakistanis to upset the Gujarat elections. Obviously, Parliament was very upset and proceedings stalled – as MPs wanted the prime minister to prove his point.

When the matter began getting out of hand, the suave finance minister – who incidentally is liked by all for his dignified behaviour and pleasing manners – had to intervene. He clarified to the House that the PM “did not question, nor meant to question the commitment to this nation of either former PM Manmohan Singh or Former VP Hamid Ansari”. Arun Jaitley apologised and stated that “we hold these leaders in high esteem, as well as their commitment to India”. This saved the day but the PM did not come out with his own version of good behaviour. It is surprising that the man whose compulsory bear-hug of every foreign leader is such a public embarrassment – as many recipients are distinctly uncomfortable with it – could not reserve a few affectionate handshakes for the aggrieved opposition leaders.

But dignity cannot be forced – not even by the highest chair – if one is structured the wrong way and enjoys street language. During the Karnataka elections, Modi was back to his belligerent behaviour and what he said at a rally in Hubli on the May 6 this year is simply unpardonable. “Congress leaders should listen to me with open ears,” he stated, “if you cross your limits, this is Modi, you will have to pay”.

The attacked party complained to the President – what else could it do? We must remember that parliamentary democracy can only be sustained through some display of courteous behaviour in public life, whatever be our views. It is also time to give a message to those who choose to destroy the grand legacy that our forefathers have bequeathed us.

This article was first published on Ananda Bazar Patrika in Bengali.