Governments that are built around one leader and a single dominant political party often begin to show signs of arrogance and hubris.

“If not Narendra Modi, then who? Rahul Gandhi? That would be a disaster.” This has been heard innumerable times. As elections grow closer, discussions centre around not which party or coalition will form the government but who the next prime minister will be. Modi has successfully transformed it into a presidential-style contest between a self-made man like him and a privileged dynast like Rahul.

There are ironies galore here, not the least that the BJP, which has long claimed to be an ideology-led party in which individuals do not matter, is now seen as secondary in importance to Narendra Modi.

Dig deeper and the narrative gets more interesting. Even those who lean towards Modi, either out of conviction or because they don’t see an alternative, tacitly agree that his administration has failed to measure up to expectations. The more blunt assessment is that the last four years have been a disaster in several ways. While it is the farmers who have come out on the streets and protested and the liberal and secular brigade has continuously focused on the rapidly deteriorating social fabric, the business community – corporate chieftains and small traders – tends to express its anger privately.

But the anger is palpable – demonetisation and the Goods and Services Tax, not to say the sluggish economy and lack of investment, have affected companies and small businesses alike.

But it is here that support for the prime minister personally is the most vehement. Modi’s government and its economic policies may have failed to boost growth and the spending on the social sector may appal them, but they have no issues with the rest of it, including Hindutva. Add to that a deep antipathy towards the Gandhi family and it becomes clear why they are inclined to vote for the BJP the next time around.

Rahul Gandhi is also shorthand for a coalition government. Even if the BJP returns with reduced numbers and has to include a sizable number of partners to form the government, Modi is seen as the undisputed leader of such an arrangement. The others are perceived as a hotchpotch grouping with no common agenda but to dislodge Modi and grab power. And who will be the prime minister? Mayawati? God forbid. Mamata Banerjee? Even worse. “Coalitions are useless – all previous experiences of such a khichdi have failed miserably,” goes the refrain.

This limited understanding displays not just ignorance of Indian politics but of India itself. A coalition best represents the diversity of the country and the different needs that each section of this vast nation has. The Congress may have dominated Indian politics for a long time, ruling at the Centre for about three decades continuously before it was dislodged in 1977, but historical reasons had a lot to do with it. Besides, the Congress itself was – and in some ways continues to be – a coalition of forces with varying and even rival social and economic ideologies, accommodating within itself every kind of ethnicity, region and caste.

The notion that coalitions have been disastrous for India also doesn’t stand scrutiny. The Narasimha Rao government is a good example – it was a minority government that not just survived for five years but also ushered in seminal economic reforms – something that the business community needs to remember and even compare with the current BJP government, which received the biggest mandate in 30 years.

Vajpayee ran a coalition and both the UPAs were coalitions too. These leaders had to face pulls and pressures from partners, but were convivial and collegial in their approach, managing to take along their allies without giving up their own core values and agendas. Vajpayee had to deal with mercurial politicians like Jayalalitha and Banerjee while Singh had the powerful CP(M) to contend with. When it became too much, they let the partner go.

It bears repetition that when the BJP led by Vajpayee was defeated in 2004 and the hollowness of the ‘India Shining’ claim was exposed, the urban supporters of the BJP were shocked. The stock markets fell below their lower circuit when it became clear that the Congress had emerged as the single-largest party but would have to tie up with several others to reach the magic number. Five years later, in 2009, when the UPA was voted in with the Congress winning a larger number of seats, the markets had to be closed within a minute of opening because the index zoomed beyond the upper circuit. 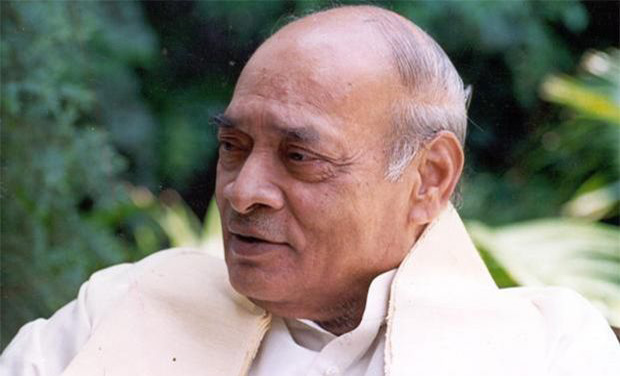 The Narasimha Rao government is a good example of a coalition ushering in seminal economic reforms. Credit: PTI

The stock market example is used to indicate that at least as far as expectations of economic policies are concerned, the investor community – and by extension, metropolitan and tier 2 and 3 town voters – were all gung-ho about Manmohan Singh, despite the presence of other partners and even though UPA I had invested in much-reviled social programmes such as NREGA. Singh saw through not just the nuclear deal but also presided over an economic boom besides steering the country’s economy through safely in the treacherous post-2008 period.

It is equally true that his second stint saw corruption cases being exposed and he was not effective enough in calling those allies to account. But corruption allegations – and its cousin crony capitalism – are the one common theme of Indian governments, single party or coalition. There was Bofors during Rajiv Gandhi’s time and Rafale now, ‘coffingate’ at the time of Vajpayee-led NDA and the 2G scam during UPA II.

Thus, there is no evidence that coalition governments are uniformly bad for the country and one party domination is far better. Under Deve Gowda – a surprise compromise candidate – we had the ‘dream budget’ presented by P. Chidambaram, even if it went sour quickly. Under Modi, budgets have not enthused businessmen and progressively the government has become more and more welfarist. At the very least, it has not come up with any imaginative economic policies that have spurred growth; instead, we have had demonetisation, the after effects of which have left millions devastated.

Also read: The Vast Difference Between What Demonetisation Achieved and How it was Perceived

That surely was a good example of how one strongman can bulldoze his way through, not even taking his own partymen and cabinet colleagues into confidence. The comparison with the Emergency, also a decision taken by a small group of people, is obvious.

The experience of the past four-and-a-half years should tell us that governments that are built around one leader and one dominant political party can and do often begin to show signs of arrogance and hubris, and get bristly about criticism. They get increasingly cut off from ground realities because there are no checks and balances, no counter forces applying the brakes or even communicating a different point of view.

Smaller parties may and do indulge in blackmail, but represent the voices of their own respective constituencies and thus can temper impetuous decision-making. Narendra Modi has not cared about his own party colleagues, forget the smaller allies, who have left the government over the years.

There is a good chance that the post-May 2019 government will be a genuine coalition, with multiple partners having a say. Who will lead it is still uncertain. But whoever it is – and this includes Modi, who has no experience in collective decision making – will have to understand that his or her government is one that best reflects India and its people and therefore must be respected.