In Modi's Speech About J&K's Past and Imagined Future, the Present Was Missing

There has been little word on what the Centre's roadmap for peace looks like. 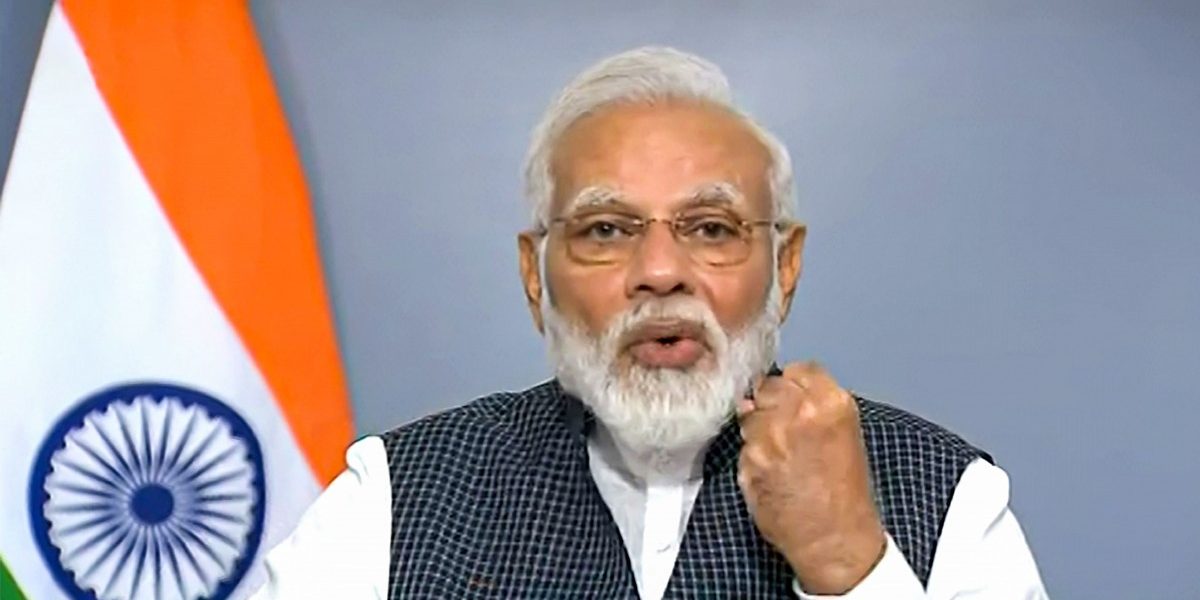 He said what he wished to say, and did not say what he did not wish to. Because this speech will be discussed at length and analysed threadbare till the next elections (make no mistake, this was a political address with little or no meat for a Kashmir watcher or security analyst to chew on) and most importantly, because this was a speech by the prime minister of the country, the positive takeaways of Narendra Modi’s 40-odd minute string of words and thoughts must be recapped at the onset.

Thankfully, triumphalism was missing, Modi did not beat his chest in the manner in which a large number of Indians did on the night of August 5, bursting crackers till late into the night. At no point did Modi suggest that the constitutional coup staged by his government was in effect a surgical strike on the soul of the people of Jammu and Kashmir. He just left the development as a fait accompli.

Yet, there was no word from him attempting to restrain those who are jubilant and forwarding social media messages expressing glee at multiple possibilities after the abrogation of Article 370 – most crassly that the move will enable elated Hindu youth to “marry fair Kashmiri girls” and “buy property in the Valley“. For a large section of people backing the government’s move, the first thought was to the historical ends of any ‘conquest’: gaining access to the vanquished people’s women and property.

The absence of jubilation in Modi’s voice will have as little impact as his periodic words amid long spells of silence since 2015. He has made it a point to speak only when public outcry and international pressure mount against selective targeting of religious minorities or others social groups living on the margins of society.

Maybe the lack of a message to his core constituency could have been somewhat alleviated if instead of merely stating that people from the rest of India must contribute to development of the now fragmented, officially termed ‘reorganised’ J&K, he had pointed out that they needed to become partners in the socio-political development and economic integration of the region’s people. He could have made clear that they must no longer be treated as aliens whose patriotism remains suspect.

According to the prime minister, people of J&K, especially in the Valley, are not just looking at their fellow citizens in other parts of the country to come and do business in the region. Modi requested the film industries of Mumbai, Hyderabad and Chennai to once again shoot films in Kashmir, like they did before separatist sentiment and terrorist activity overtook the state. This request has been made in the past too, by other political leaders, but with marginal results.

The abrogation of Article 370 and conversion of the state into a centrally-administered union territory may convey the sense that the Centre is now in command, but there has been little word on what the road map for peace looks like and what the timeline is. Given that, those considering investing will likely first assess risk factors.

Will Modi’s projection of an ‘idyllic’ Kashmir, as a wonderland of sorts, lessen the pain and suffering of the people? Are people in the troubled state looking just for economic growth and stability? Has Modi forgotten history, and how people’s alienation from Delhi began when the Centre denied them the right to choose their representatives? The bouquet of dreams being showcased for the Kashmir of the future has been juxtaposed with a uni-dimensional presentation of the ills of Article 370. It almost appears that there is only the past, of course sans the history of the three decades since the situation worsened in the early 1990s, and a future. There is no talk of the present.

In Modi’s words, the government action was historic because in one dramatic day, the regime removed all impediments to the state’s development and progress of the people. Modi depicted Article 370 as being singly responsible for everything wrong with Kashmir, including terrorism, separatism, corruption and dynasticism. The law had to thus go and now a rosy future beckons – it is time for achhe din in the region. Of course, Modi did not use the phrase for obvious reasons, but the picture he painted of the time ahead was little different.

The prime minister made his case against Article 370 by contending that benefits of many laws passed by parliament since independence were denied to the people – educational facilities for children, special schemes for the girl-child, benefits for safai karamcharis, protection for Dalits under the SC/ST Prevention of Atrocities Act, payment of minimum wages to workers and so on. However, he did not mention plusses of the scrapped constitutional provision. It’s not that there aren’t any – it’s just that Modi does not wish to mention them, because they would undermine his case.

Politically, Modi sought to make state government employees, including the local police, partners in his project of ‘New Jammu and Kashmir’ and ‘New Ladakh’. He promised to fill vacant positions, thereby dangling the carrot of ‘secure’ and permanent jobs. He promised Central benefits as part of a strategy to increase the number of stakeholders in the scrapping of Article 370. Modi’s speech did not camouflage the finality of Ladakh’s separation from the other two regions, but held out the promise of statehood for  J&K in the future provided the situation improves, possible only if people isolate groups who do not ‘behave’.

Modi pledged that people will continue electing their MLAs, have ministers and even a chief minister. He did not, however, say that the chief minister shall have reduced powers than before and that will essentially remain a political instrument of the Centre, much like the chief ministers of Delhi and Puducherry. For the past several months, the government has been rediscovering the virtues of local governance because it enables it to bypass state governments.

Modi’s recipe for development and progress, and capacity to shake off sluggish growth, has dangerous portends for India’s federal character. The message to citizens across the country is simple – progress will come under the chatrachaaya of a strong Centre. From being a federation of states, India will become a conglomeration of union territories. Once this is done, people will have access to all that others have in different parts of the country, most importantly improvement in their ease of living.

From the beginning, tourism has been a mainstay of Kashmir’s economy. In the Modi blueprint for the future, presented in his speech, it remains so, although he asked PSUs and the private sector to invest and obliquely suggested tax waivers or other benefits in return.

Modi’s speech was underwhelming. He reiterated and paraphrased what Amit Shah has stated in parliament on two occasions. It was a political speech, offering little explanation for abrogating Article 370 in the manner his government chose. He offered no explanation for why the reorganisation of the state had to be done without consulting or taking into confidence either the state’s people or their representatives. The speech betrayed an action which had little justification, save that it was a tactic to try and extend the period of control.