The Narendra Modi Interview That Should Have Been

Modi's interview with ANI was bereft of any diligent and persistent cross-questioning where vital questions remained unasked and, therefore, unanswered. 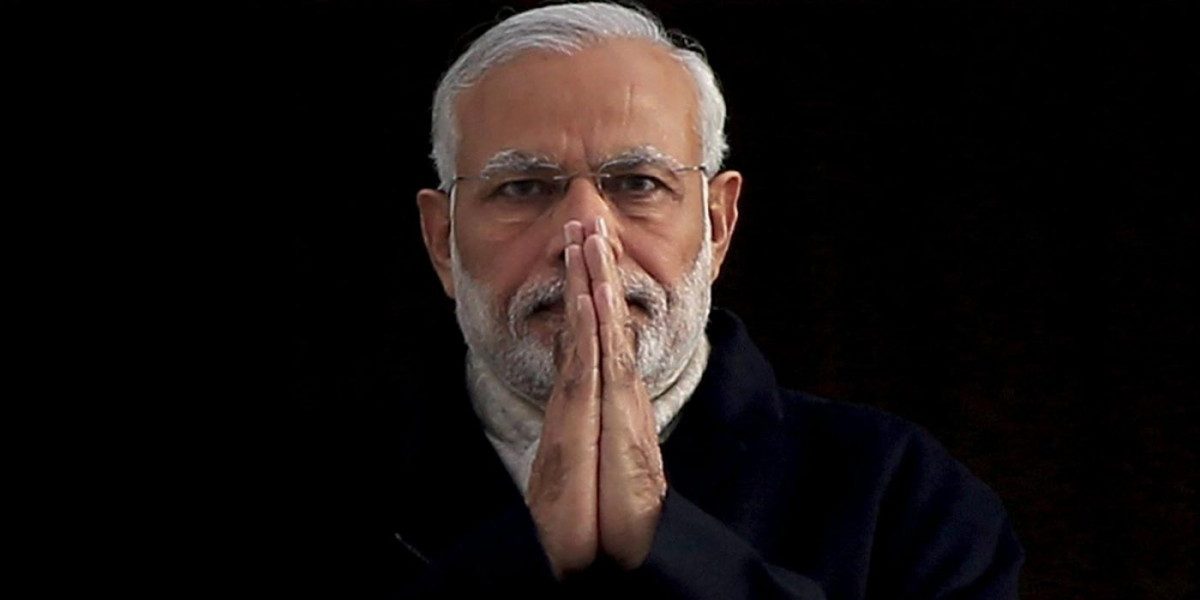 Indian democracy has unique ways to yank larger-than-life political leaders to the ground.

Indira Gandhi was handed a comprehensive defeat after she unleashed the Emergency on the Indian public. Later, again, her son Rajiv – trapped in the Bofors scandal – brought the Congress tally to a mere 197 in 1989 after having won a whopping 414 seats out of 545 in the previous general election.

One of the most popular leaders of India, the Bharatiya Janata Party’s Atal Bihari Vajpayee, mounted a never-seen-before “India Shining” campaign in 2004, only to come a cropper.

Cut to the present day, and Prime Minister Narendra Modi has promised a “New India”. Until recently, Modi and the BJP had been riding a wave of multiple electoral victories till the loss of three of the most-crucial Hindi heartland states – Madhya Pradesh, Rajasthan and Chhattisgarh. This came after it failed to form a government in Karnataka and had struggled to retain Modi’s own home state, Gujarat.

Also read: PM Modi Interview: Will Act on Ram Temple Only After Judicial Process Gets Over

On the first day of 2019, the prime minister, who has avoided open press conferences until now, chose to address the perception that he is on the back foot by giving an interview – a one-to-one interaction with ANI’s editor Smita Prakash. In it, he sought to address the slew of criticisms that have been levelled against his government.

But much like all his previous interviews over the last four years, this too turned out to be bereft of any diligent and persistent cross-questioning.

The interview was yet another exercise when Modi was given a platform to attack the Congress, and lead the audience towards believing that the Indian political system is only a contest between him and the opposition – or more like a Modi versus Rahul Gandhi cricket match.

It also became a platform for Modi to give indirect and unclear replies to accusations against his government. In the process, the question and answer session appeared more like a part of the  BJP’s campaign strategy than an interview in which the country’s prime minister could be held accountable for his decisions.

Over the past few years, Modi has only given interviews to fawning media channels or those who have agreed to let their questions pass through the PMO’s strict vetting process in advance. In multiple instances, it was alleged that the PMO either asked the media houses to completely remove some of their critical questions, or phrase them in a way to suit the prime minister’s replies.

Also read: Why Modi Walked Out in 2007 and the BJP Now Shuns Me

In other cases, when the prime minister did not have to face the camera, the PMO has insisted on an email interview. A case in point would be when the French newspaper Le Monde was offered an email interview with Modi in 2015, even though it did not eventually publish it.

ANI’s interview  comes at a juncture when the government is being attacked for its failure to contain rural distress and urban unemployment. Analysts say that the twin debacles of demonetisation and a flawed GST have impacted the Indian economy so disastrously that large parts of the country have failed to recover from it even after two years of their implementation.

On the social front, the number of mob lynchings of Muslims has increased, the press freedom index shows India going down multiple levels, and the impunity that Hindutva activists enjoy has increased to such an extent that they did not hesitate in killing a policeman too, as was seen in Bulandshahr recently.

Also read: Here are 15 Questions for Prime Minister Narendra Modi, If He Will Ever Face Them

The government is also caught in a tight corner with allegations of corruption coming to the fore. From charges over the controversial Rafale deal to the lack of proper action against corporate loan defaulters, the opposition has fired one salvo after another.

While such issues are doing the rounds, the Modi government has also been blamed for compromising the autonomy of state institutions and pushing a majoritarian political agenda.

In this context, the prime minister’s interview came out as a dampener: criticisms were posed but without any follow-ups, allowing the prime minister to turn every accusation into an opportunity to bash the opposition and project himself.

In a different world, where the media takes the role of being a watchdog more seriously, this interview could have been different.

To a question on the negative impact of demonetisation, the prime minister said that “ab safaai ho gayi hai (now cleaning has been done)” and the economy will revive. He also said that there is less cash in the system, tax net has expanded, and that the black money has now been incorporated into formal banking system.

Any journalist who would have done her homework would have naturally asked these four straight questions.

On this issue, the prime minister condemned elements that are polarising the society on issues like cow protection. However, yet again, he was given a free-hand when he effectively blamed those who were murdered by the mob by saying that people should respect each other’s sentiments. “If you honour those sentiments, your sentiments are also respected,” he said.

Instead, he could have been asked the following:

Also read: The ‘Unholy Alliance’ Against Modi, and the Election He Wants Us to Forget

The prime minister said that while triple talaq was a matter of women’s rights, the BJP campaign against the entry of women in Sabarimala shrine in Kerala was a matter of faith. Though his logic was questionable, no effort was made to draw him out on its obvious contradictions. Obvious follow-ups like the following were never asked:

Modi claimed that it was because of his efforts that India had a bumper harvest this year. He said that his government has taken steps to facilitate a better business climate for farmers, including marking a minimum support price for at least 22 crops.

He questioned the logic of loan waivers that the new Congress state government have made a big deal over and said that agriculture should be reformed in a structural way. Fair enough, but, again, many questions remain.

Again, the prime minister was not probed when he got out by merely invoking the Supreme Court’s rejection of pleas seeking a probe on the deal.

Here are a set of issues which the prime minister could have easily been asked to explain:

The prime minister condemned the fact that BJP workers are getting beaten up by the opposition in states like Kerala, Assam, Tamil Nadu, and West Bengal – which is a fair remark to make.

However, the audience would also have liked to know his views about the persistent accusations by the opposition of similar violent incidents against non-BJP activists in the BJP-ruled states like Uttar Pradesh, Bihar and Tripura.

These are only a few instances where the prime minister could have been probed. But that did not happen as Modi went on to do what he does best – advertise his welfare schemes while avoiding concrete answers about current political debates.

The only concrete answer he gave was that his government would not pass an ordinance on the construction of the Ram Mandir until the apex court delivers its judgement.

Also read: Five Reasons I am Grateful for the Reign of Narendra Modi

In the one-and-a half hour interaction, the rest remained unasked. Most of his welfare schemes remain severely under-funded. The smart cities mission did not take off at all nor did his much-touted Skill India programme. The IT sector is in decline and start-ups are reeling under a poor investment climate.

What the impact of the much-publicised Mudra loans has been remains unknown except that it may add to the ever-expanding NPAs of the Indian banks.

While the government claims to have encouraged transparency in governance, it has also moved forward to dilute the RTI Act and failed to appoint a Lokpal – again an election promise.

Also read: The Promise and the Reality of the National Skills Qualification Framework

Throughout the interview, the prime minister projected himself as if he was working without the assistance of his cabinet. This has been his style since 2014. The press hardly comes to know about what different ministries have done in the past four years.

Even in his comment on surgical strikes, he spoke about how he had been monitoring every moment when the operation was taking place. The army briefed the cabinet committee on security only after it was successful. What was the role of the defence minister here, we do not know.

Political observers have pointed out that there has been a deliberate subversion of parliamentary norms under Modi. While in the interview he spoke about the need to have in-depth discussions in parliament, he was not asked why his attendance there remains really poor. The number of parliamentary sittings has only declined under Modi. With only 57 sittings, 2017 recorded one of the poorest figures.

More than anything, the interview appeared to be BJP’s effort to reclaim the political narrative in its favour, nothing more – a ploy it has been using for years.

But a vital question remains unasked and, therefore, unanswered: There is a big gap between what Modi promised during his prime ministerial campaign and what got done in the last four years. Many think most of those promises were unrealistic.

But will Modi concur?