With Vague Talk of 'Winning Wars', Modi-Shah Attempt to Regain the Narrative

The prime minister's radio programme and home minister's interview to ANI both seemed to have the same agenda – turn up the hyper-nationalist heat, without answering any pressing questions. 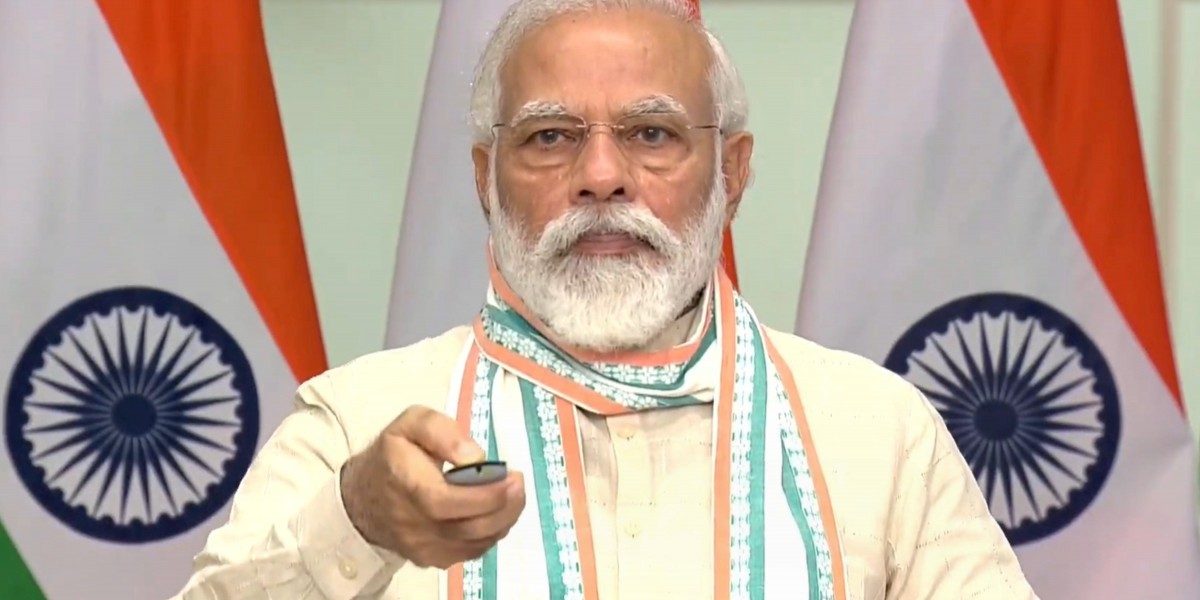 As the monsoon session of parliament is likely to begin soon, the Bharatiya Janata Party-led Union government, which is battling criticism regarding its handling of the COVID-19 pandemic and dodgy statements about the recent Indo-China face off, launched a concerted effort to drive the political narrative in its favour on Sunday.

Cornered over the alleged Chinese incursion in the Galwan valley, Prime Minister Narendra Modi, in his monthly Mann ki Baat radio address, attempted to cement his nationalist posturing again. He said that India has always been a friendly nation but also has the ability to “look the enemy in the eye” and retaliate if the need arises. He added that Indian soldiers had already given a “befitting reply” to those trying to eye its territory.

He went on to commend a section of Indian people who, in the aftermath of the India-China skirmish, have decided to boycott Chinese goods in the Indian markets, and added that the economic backlash against China would help the government’s mission of an ‘Atmanirbhar Bharat’ (self-reliant India) – a motto that the prime minister had declared a month ago as a measure for economic revival to deal with the distress during the coronavirus epidemic.

Crucially, Modi’s statement that indicated India could still respond militarily to China came days after he had controversially claimed that no one had intruded Indian territory. “Na koi wahan hamari seema mein ghus aaya hai aur nahi koi ghusa hua hai, na hi hamari koi post kisi dusre ke kabze mein hain (No one has intruded and nor is anyone intruding, nor has any post been captured by someone),” he had said in closing remarks at the all-party meeting on the national security matter.

His remark had landed him in a controversy as it contradicted multiple reports, the Indian Army’s narration of the border conflict, and China’s claim of sovereignty over the Galwan valley. Instead of clarifying what had actually conspired at the border, the prime minister’s remark had further muddied the waters, leading to opposition backlash against the Union government. Since then, the opposition, especially the Congress, has been raising multiple questions on the issue.

The Union government, on the other hand, has been deflecting on the crucial questions, and instead raised its hyper-nationalist pitch to attack the opposition for doubting it on such a sensitive issue.

Modi’s Mann Ki Baat on Sunday was in line with the Union government’s political strategy, and clearly appeared to be  an attempt to reclaim the political narrative that it had successfully steered over the last six years.

That domestic political considerations were on the top of the prime minister’s agenda also reflected in Union home minister Amit Shah’s statements on Sunday. Shah gave an interview to the news agency ANI, which over the last six years has built a reputation as a promoter of the Union government’s point of view. The interview was aired almost simultaneously with Modi’s Mann Ki Baat – a clear hook to launch a concerted campaign on the two most pressing issues that have had the government cornered by the opposition.

While Modi spoke about the India-China face off, Shah focused more on the government’s handling of the pandemic.

ANI gave full play to the home minister, who had been conspicuous by his absence during the lockdown. His presence was noticed only when the lockdown was eased, and he conducted back-to-back virtual political rallies in poll-bound states like Bihar and West Bengal. The interviewer barely asked critical questions, and framed them in such a way that Shah had it easy to attack the opposition on the issues it had raised.

The home minister attacked Congress leader Rahul Gandhi’s “Surrender Modi” comment, which trended on Twitter last Sunday. He accused Gandhi of “just playing into the hands of China and Pakistan” and asked him to stop playing “ochhi rajniti (shallow-minded politics)”.

Shah then went on to list out the Union government’s actions to contain the pandemic. He also used the opportunity to blame migrant workers for losing their patience and violating the lockdown.

Some saddening incidents happened…when ppl lost patience & started travelling on foot, we were also pained by it. PM had told all CMs to run buses to ferry migrants travelling on foot to nearest railway stations. Till now, 1cr 20 lakh people ferried across the nation: Amit Shah pic.twitter.com/aP7avGSD1h

Crucial questions like “are you saying that the distressed migrant workers were the reason that the lockdown failed to contain the pandemic” or “why did the government not foresee the economic distress that the lockdown could entail in a country like India” or “what concrete steps is the Union government taking to help Indian companies become atmanirbhar” or even “what is the long-term government strategy to make healthcare accessible to meet such emergencies” were missing in the interview.

Rather, the interviewer played into the hands of the government’s campaign by asking the home minister about the twin threats posed by China, one of the virus and the other of the military transgression. Shah, as expected, replied that under Modi’s leadership, India will win both the “jangs” or wars.

An obvious follow up should have been: “Thank you for your assurance, but what went wrong with the prime minister’s leadership in the last few months?” But that was not the case. Although the interview’s focus was on the government’s efforts to contain the pandemic, ANI chose to advertise Shah’s statement on wars.

This quote by @AmitShah declares war on China. Why has ace editor deleted this tweet. Do observe how “professional” ANI is pic.twitter.com/LPDifR4xJP

Curiously, however, it soon deleted the tweet to replace it with a less-loaded word. “Wars” was removed in favour of “battles”.

#WATCH Let me make it clear. Under PM Modi’s leadership, India is going to win both the battles: Home Minister Amit Shah to ANI on the fight against #COVID19 and the tensions on the Line of Actual Control in Eastern Ladakh pic.twitter.com/FBvkXZ9olZ

What was clearly a public relations exercise of the Union government, ably aided by the biggest video news agency in India, has come after it showed a stark non-transparent attitude towards both the COVID-19 pandemic and the India-China face-off. Modi’s Mann ki Baat address and Shah’s interview to ANI can only be seen as a political ploy, as the two leaders continued to sidestep pertinent questions surrounding the two issues.

Even on Sunday morning, hours before the prime minister’s address, the Congress posed some more questions, which the government ignored. Rahul Gandhi asked in a tweet, “When will there be talk of the nation’s defence and security?” His party’s chief spokesperson Randeep Surjewala also took a dig at the government, alleging that even Nepal has for the first time deployed its army along the border with India.

“Now, Nepal has for the first time deployed its army at the border. Modi hai to mumkin hai (If Modi is there, even this is possible)…,” he tweeted his comment in Hindi while posting a news report.

Neither of these questions were answered by Modi and Shah. Until the monsoon session of parliament commences, the struggle to obtain answers from the government will likely continue.