Even outrightly transactional politics needs some basic level of goodwill and trust. 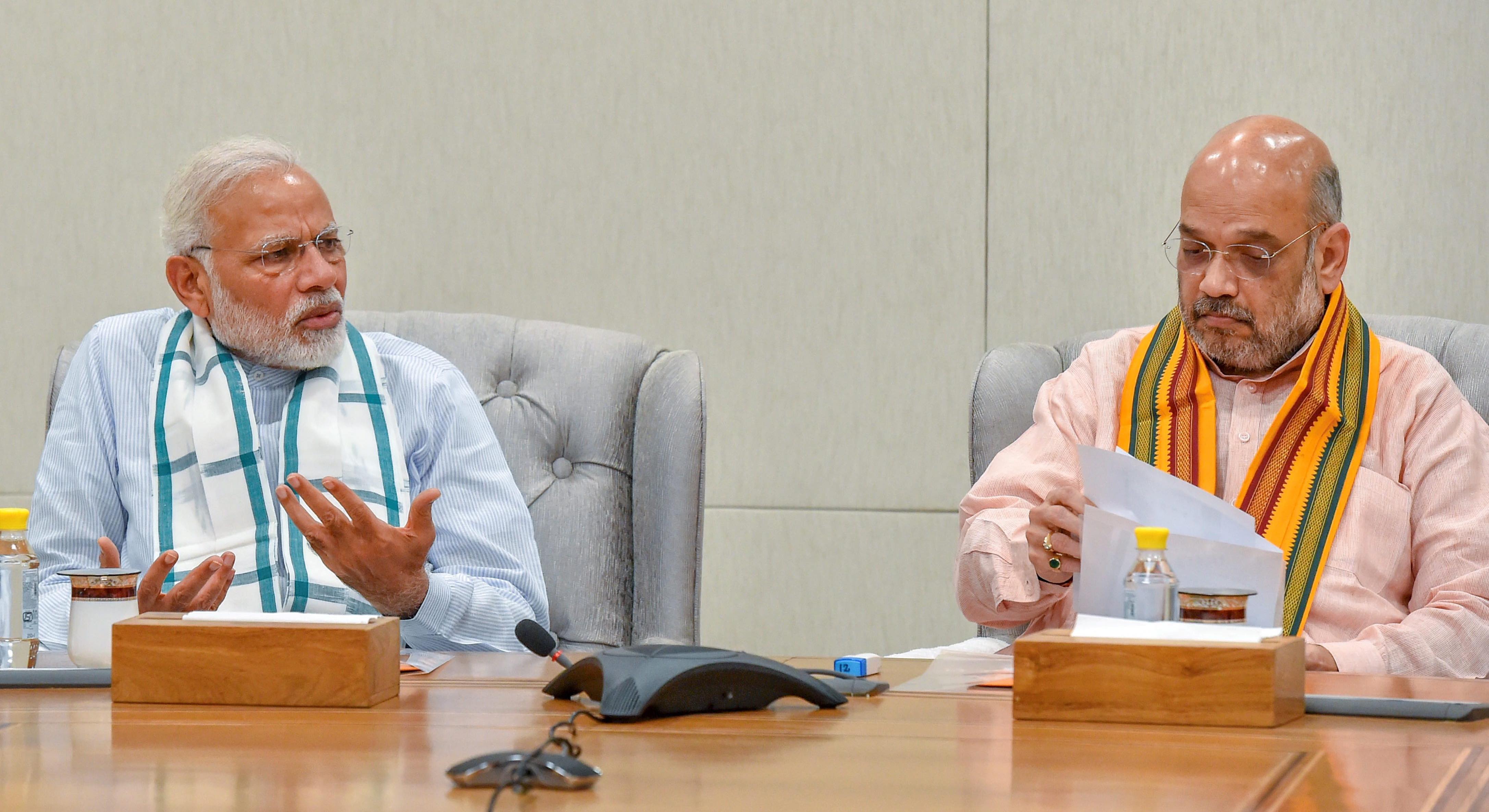 The Karnataka elections may reinforce certain underlying tendencies in India’s multi-party electoral politics in the run-up to the 2019 Lok Sabha elections.

This is as much the science of electoral politics as it is the art. The art of politics is characterised by how you build relationships and communicate with other leaders, as well as your constituents. The science of politics is all about micro-managing voter groups and working percentage shifts into them through micro-management, with the help of empirical surveys.

The Karnataka election result and its sordid aftermath show that Modi and Shah may be seriously falling short on the level of trust they enjoy with various regional leaders in the run-up to the 2019 Lok Sabha polls. There is a reason for this growing trust deficit. Even outrightly transactional politics needs some basic level of goodwill and trust.

After coming to power in June 2014, both Modi and Shah, without any immediate provocation, started activating cases against legislators and advisors close to regional leaders like Mamata Banerjee, Naveen Patnaik and others. Political analysts then were quite puzzled that the BJP should indulge in such vindictive politics against regional leaders, and so soon after coming to power with a full majority. It was expected that Modi and Shah would focus more on economic governance, at least for the first half of the government’s tenure. But that was not to be, as Shah had already planned and launched his “mission to capture eastern India”, we were told. Central Bureau of Investigation cases were pursued vigorously against regional party leaders. No ruling regime has used the CBI, Enforcement Directorate and income tax authorities so cleverly and ruthlessly as the current one.

Recently, one witnessed the manner in which targeted tax raids were conducted at the premises of Karnataka Congress leader D.K. Shivakumar during the election campaign. The reasons were evident, as Shivakumar later emerged as the main troubleshooter for the Congress and is said to have strategised to keep B.S. Yeddyurappa and the Reddy brothers at bay before the crucial floor test. And the world witnessed how the CBI and ED gradually let off the Reddy brothers in the illegal mining export scam. This one case alone knocks the very bottom out of Modi’s “anti-corruption plank”.

Modi and Shah have made a fine art of the politics of selectively targeting opponents, while simultaneously offering protection if they switched over to the BJP. A classic example of this is the manner in which the CBI and ED pursued vigorously cases against important leaders like Narayan Rane in Maharashtra and Mukul Roy in West Bengal, the latter a close confidante of Banerjee, until they switched over to the BJP. There are numerous examples like this. 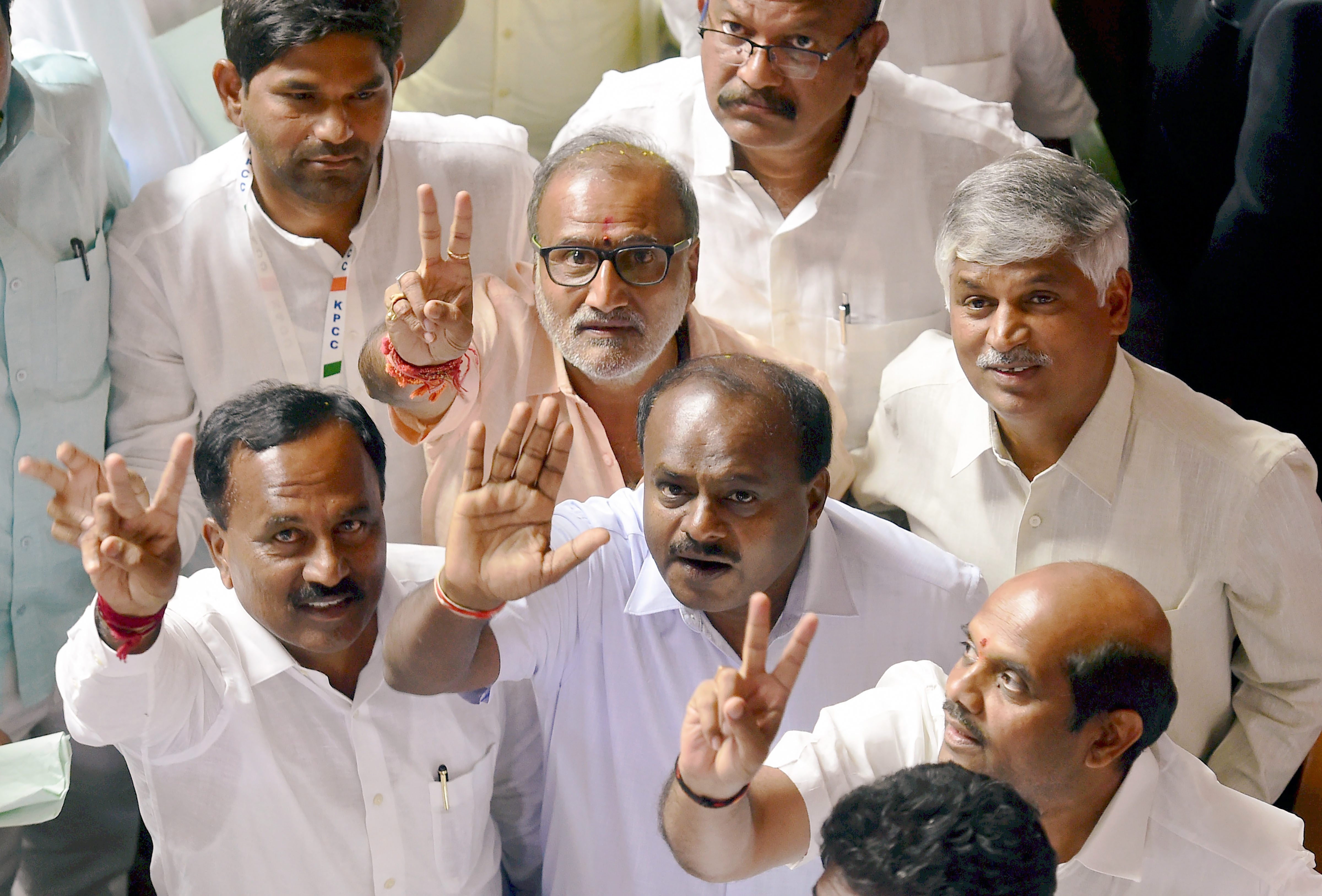 What Modi and Shah do not realise is that anything done in excess starts yielding diminishing returns. The politics of blackmail through investigative agencies has been overused and it has started yielding diminishing returns. Worse, the duo has reached a point where they are fast losing the trust of other parties on a lasting basis. One only has to examine recent statements of Shiv Sena supremo Uddhav Thackeray and Telugu Desam Party chief Chandrababu Naidu to understand this phenomenon. Sometimes mutual suspicion is so much that even negotiation becomes difficult in politics. This is the big trust deficit that the BJP faces today, largely because of the excessive use of the coercive instruments of the state.

With the index of opposition unity rising in 2019, the vote to seat conversion ratio itself is likely to come down from its peak – which means the BJP will win fewer seats on the same vote share (31%) as last time. Further, if anti-incumbency reduces BJP’s vote percentage by a couple of percentage points, then Modi could be staring at a tally below 200 seats. This possibility becomes very real with the psychological fallout of the Karnataka elections and the coming together of the fragmented opposition in Uttar Pradesh.

The opposition now just has to stay the course and build on its combined strengths, as the political economy flounders with growing unemployment and agrarian crises, making the BJP more and more troubled by 2019. BJP will be even more troubled in the Hindi heartland, where it is sure to raise the communal temperature closer to the 2019 Lok Sabha polls. A point may be reached when the excess use of the communal card will also start yielding diminishing returns, especially with the opposition consolidation on the other side.

All that the opposition needs to do is create an issue-based narrative and avoid a personality-driven contest. Politically, it seems a no-brainer. Karnataka may have brought total clarity on this.