DCP Cyber Crime said a case has been registered against the comedy troupe on charges of "defamation" and "publishing/transmitting obscene material in electronic form". 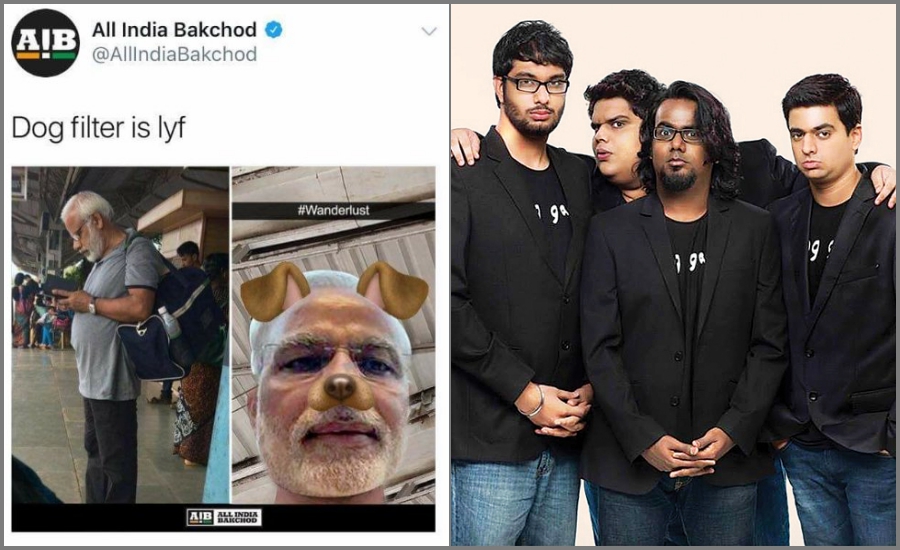 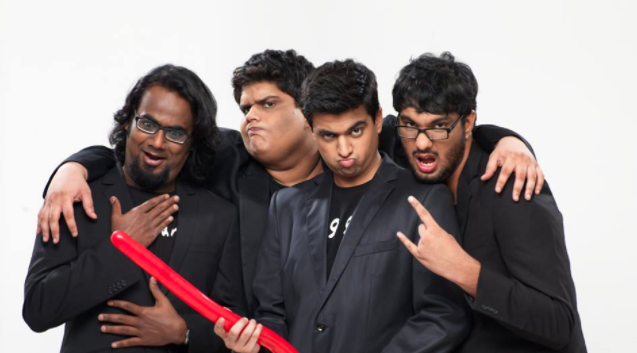 Mumbai/New Delhi: A criminal defamation and obscenity case was registered by the Mumbai police on Friday against comedy group All India Bakchod (AIB) for posting a supposedly “lascivious” picture of Prime Minister Narendra Modi on Twitter.

AIB had on Thursday tweeted a photograph of a Modi look-alike peering into his mobile phone at a railway station alongside an actual photograph of the PM, with props superimposed with the help of Snapchat’s ‘dog filter’.

The dog filter is a special effect app that allows users to add a dogs nose, ears and tongue over their faces while taking a selfie or on other photographs. The post had a hashtag – “#wanderlust” – that apparently referred to Modi’s frequent foreign visits. 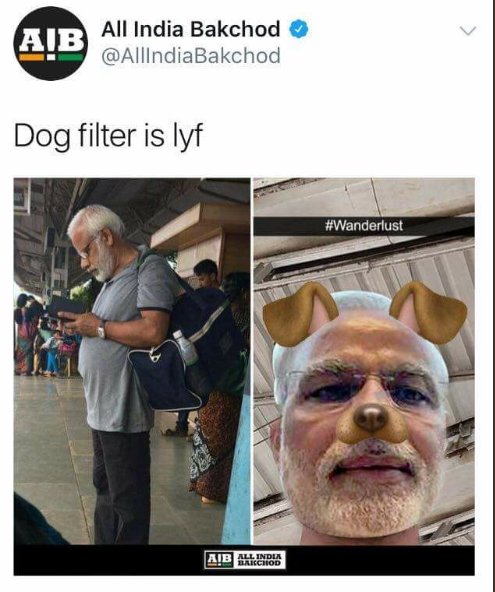 A Twitter user, Reetesh Maheshwari, drew the Mumbai police’s attention towards it and demanded action. The police forwarded his tweet to the cyber police station, which registered an FIR.

“After legal consultations, an offence was registered against AIB and a further probe is on,” said Mumbai police spokesperson DCP Rashmi Karandikar.

DCP Cyber Crime Akbar Pathan said a case has been registered against AIB on charges of “defamation” and “publishing/transmitting obscene material in electronic form”.

Text messages and phone calls to AIB co-founder Tanmay Bhat and Rohan Joshi, who is a key member of the group, went unanswered.

Lawyers say that the Mumbai police’s action has no legal basis as the meme can hardly be considered ‘obscene’ under section 67 of the Information Technology Act:

How an image of Modi with dog ears and a nose can be considered “prurient” or “lascivious” – i.e. “feeling or revealing an overt sexual interest or desire” is something the Mumbai police will need to explain. Or perhaps Maharashtra’s keystone cops mistook the hashtag #wanderlust which AIB used with the meme for actual lust and concluded the post must be obscene.

Indian cartoonists have long taken liberties with political leaders without the long arm of the law interfering with their drawings. If AIB gave Modi dog ears, then Morarji Desai too has been shown as a rooster, Rajaji as a cobra, Maulana Azad and Syama Prasad Mookerjee as goats, and Sheikh Abdullah as a lion:

AIB, known for its comedy sketches broadcast through online platforms, had in 2015 landed in trouble over a “roast” programme featuring some Bollywood celebrities, and over Snapchat filter pictures of Lata Mangeshkar and Sachin Tendulkar last year.

After the latest post came under fire from right-wing trolls on Twitter, Bhat on Thursday posted a screenshot of  an old tweet by Modi from March 2017 which said “we surely need more humour in public life”.

Modi had said something similar in January 2017 too but either he didn’t mean it, didn’t pass the word down, or the Indian Police Service never got the memo:

I think we need more satire and humour. Humour brings happiness in our lives. Humour is the best healer: PM @narendramodi