He alleged that he had time and again raised certain issues with the prime minister, but they were ignored. 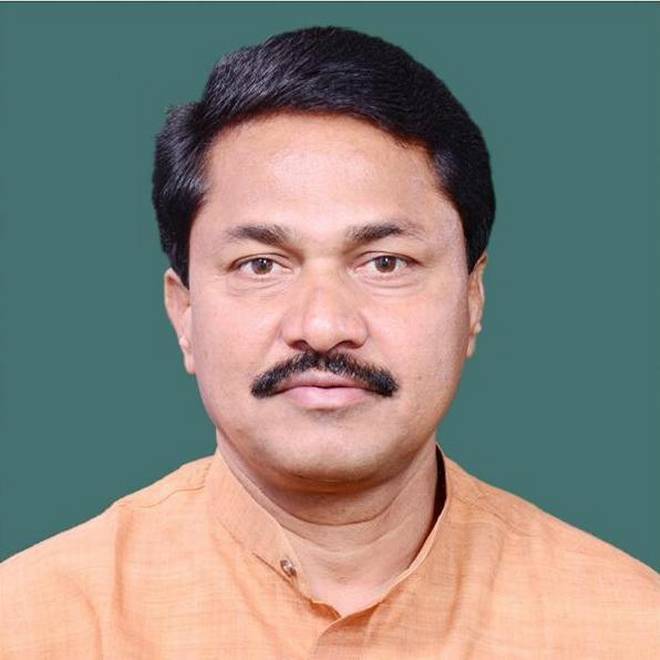 Mumbai: Rebel BJP MP from Maharashtra’s Bhandara- Gondiya constituency, Nana Patole, on Friday announced his resignation from the Lok Sabha and the party.

Fifty-four-year-old Patole, one of the most vocal critics of the party, has cited 14 reasons including the increasing number of farmer suicides, demonetisation and GST for his resignation. “The incidents of farmer suicide have increased by 435 as compared to the previous year. Farmers have been incurring heavy loss. The state had promised to pay them one and a half times more than the actual price to the farmer. But that never happened,” Patole wrote as one of the reasons for his resignation. “I have tried to raise this issue with the senior leadership on several occassions. I did not  receive any acknowledgement, leave alone a response from them,” he claimed in the letter that was submitted to Lok Sabha Speaker Sumitra Mahajan’s office on Friday.

Patole’s resignation, although sudden, does not come as a surprise. He has been critical of the state government and has also taken potshots at Prime Minister Narendra Modi in the past. In August, Patole had alleged that Modi did not like to be asked questions. That time, Patole had claimed he would not resign from the party. But on Friday Patole said, “ I have been contemplating resignation for a long time. It is just a matter of time and more and more MPs and MLAs will speak out against the party leadership.”

Patole, who joined the BJP in 2014, has been with several political parties including the Congress in the past. It is speculated that Patole might want to return to Congress. Refuting this theory, Patole said, “I have not thought about it at this moment. I have no such plans for now.”

In an interview to the Indian Express, however, he has claimed that he has been approached by senior Congress leader Ashok Chavan. “As of now, I am not joining any party ,although Ashok Chavan has given me an offer to join the Congress. And it is not necessary that I rejoin any other party. I may even float my own.” 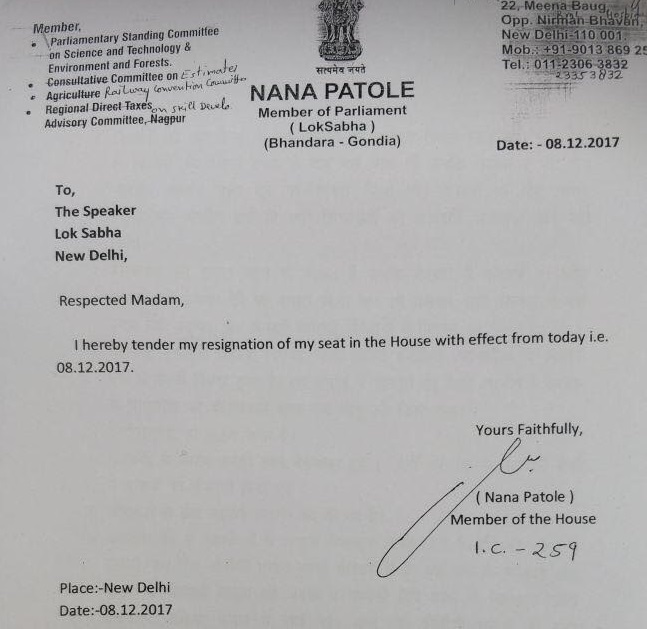 In his three decade-long political career, Patole has closely associated himself with issues concerning farmers’ and welfare policies for the OBCs. In his letter, he has hit out at the BJP for not conducting a caste census to ascertain the actual population of the backward classes in the country. “The government has failed in providing reservation, which has caused distress to the SC/ST and OBC communities. The government has gone back on its promise of conducting a caste census to know the exact population of the OBC community. Till date, the actual OBC population is not known,” Patole wrote in his resignation letter.

He has also pointed out the terrible socio- economic conditions of the denotified tribes (DNT) in the state. “The DNTs in the state have been living in an abysmal condition. The Renke commission report is yet to be implemented,” he wrote. The Balkrishna Renke commission, set up to look in to the conditions of nomadic and denotified tribes in the country, had submitted its list of recommendations to the Ministry of Social Justice and Empowerment in 2015.

While leaders from other parties are flocking towards BJP, political analysts feel Patole’s resignation is peculiar on several levels. Patole’s issue-based politics appeals  to the masses of Vidharbha, feels Prakash Bal, senior journalist and political analyst.

Bhandara along with other districts in the Vidharba region of Maharashtra witnesses the maximum number of farmer suicides in the state. According to the state revenue department, this region has reported as many as 917 farmer suicides till the end of August this year. This accounts for over 44% of the 2,053 cases reported across the state from January to August. “It is a burning issue, especially in Vidharbha. And when Patole says he is dismayed by the party’s approach towards farmers’ issues, it ought to appeal the masses here. His decision to step out of the party is a well thought one and he is aware of the farmers’ support base that he has in the region,” said Bal. He added that even before Patole had joined the BJP, he was actively advocating loan waivers and better agricultural prices for the farmers. “He might not even want to join any political party. His support base is quite strong in his region. He might even want to contest as an independent candidate,” Bal added.

In 2014, Patole had made a dramatic entry into the party, winning against NCP heavyweight Praful Patel from the Bhandara-Gondiya constituency. Patole defeated the former union minister by 1,49,254 votes. But the growing camaraderie between the chief minister and Patel is believed to have brought Patole’s insecurities to the fore.