R.N. Ravi has been working in a 'deceptive manner', the organisation said. 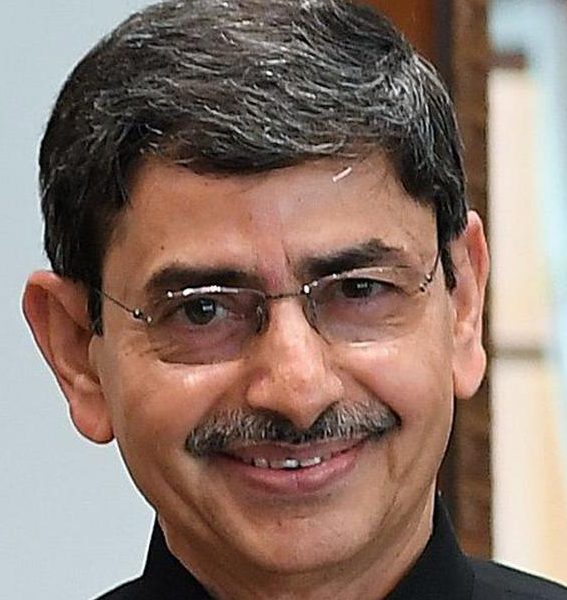 New Delhi: On August 3, 2015, under Prime Minister Narendra Modi’s watch in New Delhi, the Ministry of Home Affairs (MHA) had signed a Framework Agreement (FA) with the Nationalist Socialist Council of Nagalim (Isak-Muivah) to arrive at a political solution to the vexed Naga issue.

While Th. Muivah signed on the dotted line as the general secretary of the NSCN (I-M), the government of India’s interlocutor, picked to take the agreement to a Naga peace accord, was then chairman of the joint intelligence committee R.N. Ravi. Ravi has gone on to become the state’s governor.

Five years later, not everything seems to be going the way it was envisaged. Rather, it seems that the main signatory, NSCN (I-M), may be aiming for a change of interlocutor for the accord. According to a state government source, Muivah is presently in Delhi.

On August 3, in a press statement issued to mark five years of the FA, the NSCN (I-M) put the blame on the interlocutor’s “deceptive manner” for the Accord not being finalised yet.

The group, which has been over ground in Nagaland based on a ceasefire agreement with the Central government since 1997, stated, “Ironically, after five years while the FA has been put in cold storage, something unthinkable emanating from the Raj Bhawan in Kohima has taken over the scene.”

Squarely blaming Ravi for the delay in the Accord, the statement said, “What has driven the Naga people far away from Ravi is his deceptive manner of handling the FA as he deceitfully went beyond the call of interlocutor to indulge himself in playing divisive game among the Nagas to dismantle the very foundation of FA.”

It said when the “historic framework agreement was signed under the dynamic leadership of Indian Prime Minister Narendra Modi”, there was “much hype and anticipation in the political circle”, adding that Modi also spoke to leaders of other parties stating that “he has solved the longest political issue of Southeast Asia”.

“But five years down the line, the scourge of manipulation, misinterpretation and insincerity has kept the pot boiling.”

In January this year, Ravi had said at the state assembly that the negotiations between the Central government and Naga political groups were successfully concluded. In other words, a peace accord was in the offing.

In October 2019 though, he had said in a statement that NSCN (I-M) had “adopted a procrastinating attitude to delay the settlement raising the contentious symbolic issues of separate Naga national flag and constitution on which they are fully aware of the Government of India’s position”.

Lately, going by statements issued by both NSCN (I-M) and the governor-cum-interlocutor, the unease between the two seem to have come out in the open. On June 16, Ravi had written a three-and-a-half-page letter to chief minister Neiphu Rio asserting his powers under Article 371A of the constitution, “proposing” that henceforth “important law and order decisions like the transfer and posting of officials entrusted with maintenance of law and order… of and above the district level will be after the approval of the governor.”

The reason cited for that suggestion was the “unrestrained depredations by over half a dozen organised armed gangs, brazenly running their respective so-called ‘governments’, challenging the legitimacy of the state government without any resistance from the state law and order machinery” and “creating a crisis of confidence in the system”.

The governor was referring to taxation of residents in the state levied by the NSCN (I-M) and some other groups on a monthly basis.

Aside from NSCN, the governor’s statement received opposition from the seven Naga National Political Groups (NNPGs) too. The NNPGs have also been made a part of the peace process by Ravi to possibly make the accord acceptable to all stakeholders. This had, however, somewhat taken away the significance of NSCN (I-M) as the sole voice of the Naga people.

Acting on the governor’s note, the state government, in a first-of-a-kind move, also issued a circular in early July asking all government employees to file a written declaration if any of their family members or relatives is a member of the armed outfits.

In response to it, the NSCN’s August 2 statement said, “…We put on record that there are no Naga families who are not connected with the Naga political groups in one way or the other.”

Underlining “shared sovereignty” as the base for the talks, the press note clearly kept the interlocutor and the Central government separate, and has urged it to “undo the environment of mistrust being built over time” and take forward the talks based on what had been “mutually agreed upon should be honoured in letter and spirit”.

The governor’s office has not responded to it yet. The Wire has sent an email to Raj Bhawan for a response, and it will be added to the story when received.