Muslims Must Refuse to Be Killed

Muslims must say that they are here to stay, that nobody has a right to tell them to leave the country, that they will live here with their Muslim-ness just as Hindus live with their Hindu-ness and think that it is the only Indian way. 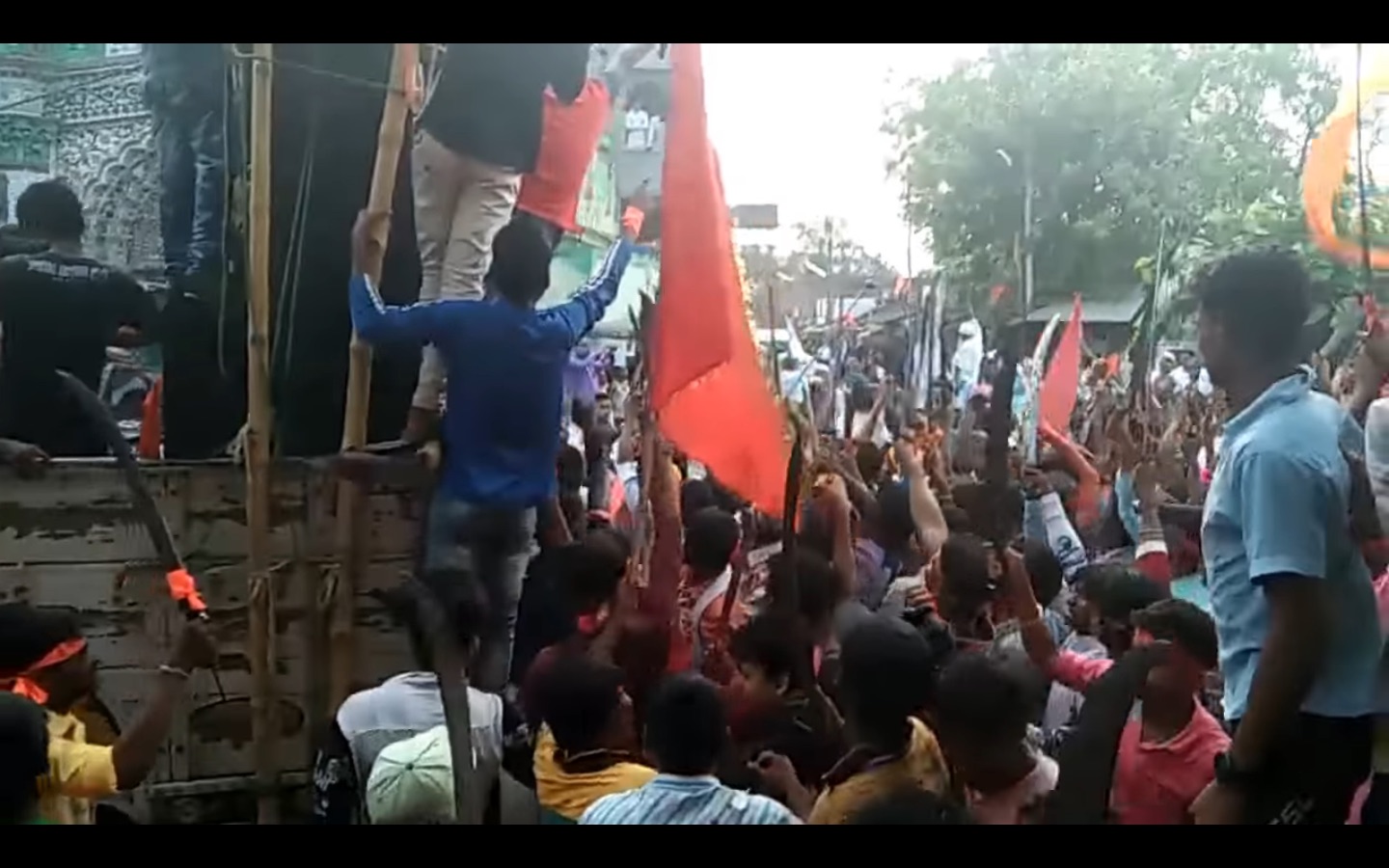 Muslims must refuse to be killed. I know what I am saying sounds bizarre but this is exactly what needs to be done. The police and the civil administration no longer seem interested in preventing their murder but, on the contrary, busy themselves in making such murders look like a two-way affair. While they cannot ignore the fact that there is a mutilated body before them and they are forced to register FIRs, they immediately balance it by filing a counter FIR which implicates the murdered in the act of his own killing.

In cases where the murder has yet not been accomplished, they act as a stand by. If the target has somehow escaped, they use their lawful coercive power to force the game to come back to the hunters. We have seen it just now in Jaipur, where a hotel worker was brought back to the hotel to be beaten up collectively.

Lower courts don’t look interested in their side of the story and if not dead then they could well end up in police or judicial custody for the crime of possessing a particular type of meat – even though no law may actually exist to that effect.

The doors of the Supreme Court have just been knocked but it is doubtful if the judges there would be able to appreciate the urgency of the life and death situation Muslims in India are facing.

That is why I believe Muslims will have to stand up and declare collectively that they are no longer going to give the right to decide their fate to others – that they refuse to die like Pahlu Khan and Abdul Ghaffar Qureshi in Rajasthan, Zahid Ahmed in Jammu, Majloom Ansari and Imtiyaz Khan in Jharkhand, Mohammed Akhlaq in Uttar Pradesh, Mustain Abbas in Haryana.

Muslims have no other option since the violence against them has not stirred the kind of collective social and political response that one would expect in a society that is meant to be governed by the rule of law. No political party in India, not eve those who swear by secularism, has the courage any longer to call the murders by their name, to say that Muslims are being killed because they are Muslims.

Various kinds of intellectual detours are being taken by politicians and, regrettably, by a section of the media in their nightly ‘debates’. It is said that mobs are ‘spontaneously’ attacking Muslims, or that the violence was a case of ‘mistaken identity’, that the violence was an expression of ‘legitimate historical anger’ that took an ‘unfortunate’ turn. But no political party has the guts and honesty to say that these killings and assaults are not spontaneous, that a long, well-planned, cynical hate campaign is behind the formation of these lynch mobs. Nobody asks how is it that cutting across the linguistic and cultural diversity of India, it is a Muslim who gets identified and attacked everywhere.

The harsh fact is that India’s legislators and parliamentarians seem to have deserted the country’s Muslims. The killing and brutalisation of Muslims fails to interrupt the routine business of our legislatures.

Muslims have invested heavily in Indian democracy. They are used to speaking like Indians and not as Muslims, for whenever they say that they are being denied resources or security or representation or justice because of their religion they are accused of speaking in communal and divisive language.

Muslims are the only community in India who have to bear the indignity of their newborn being seen as a potential threat to the culture and even security of this country.

After each census, even well meaning analysts and demographers rush to assure Hindus that they will not be overtaken by Muslims. What kind of a country is this in which a Muslim birth is not celebrated, is always seen with suspicion?

Since these days India’s Muslim citizens seem to have developed the habit of being regularly targeted by mobs, they would very soon lose the interest of the media because proprietors and editors will say it is very boring to keep reporting deaths which are of the same kind.

So, Muslims will need to say that we live here not by the mercy of anyone but because this land belongs to them as much as it does to India’s Hindus or Christians, Sikhs, Buddhists, Jains and others.

They will have to declare that nobody – and no state – has a right to tell them what to eat and how to worship, nobody has the right to insult and humiliate them. They will have to say that it was a solemn promise made to them through the constitution that they would be accorded all rights which make a life human. To break this promise is criminal.

Muslims will have to tell the Hindus – the ordinary followers of the religion, and the politicians who say Hindus are benevolent ‘elder brothers’ to the minorities – that when attacked under one pretext or another, they expected them to extend their hands in support and solidarity and not to turn their face away.

Muslims must say that they are here to stay, that nobody has a right to tell them to leave the country, that they will live here with their Muslim-ness just as Hindus live with their Hindu-ness and think that it is the only Indian way, that they are not at all ashamed of their Holy place not being in this land. All this they’ll have to do. But to begin with, they will have to say that they refuse to be murdered and ask the parliament and the judiciary to take note of this resolve.