Mulayam Singh Yadav: The Man Whose Forte Was to Battle Against the Odds

Each time it seemed that the Samajwadi Party founder was down and out, he surprised all and sundry by springing back up with renewed gusto and vigour. 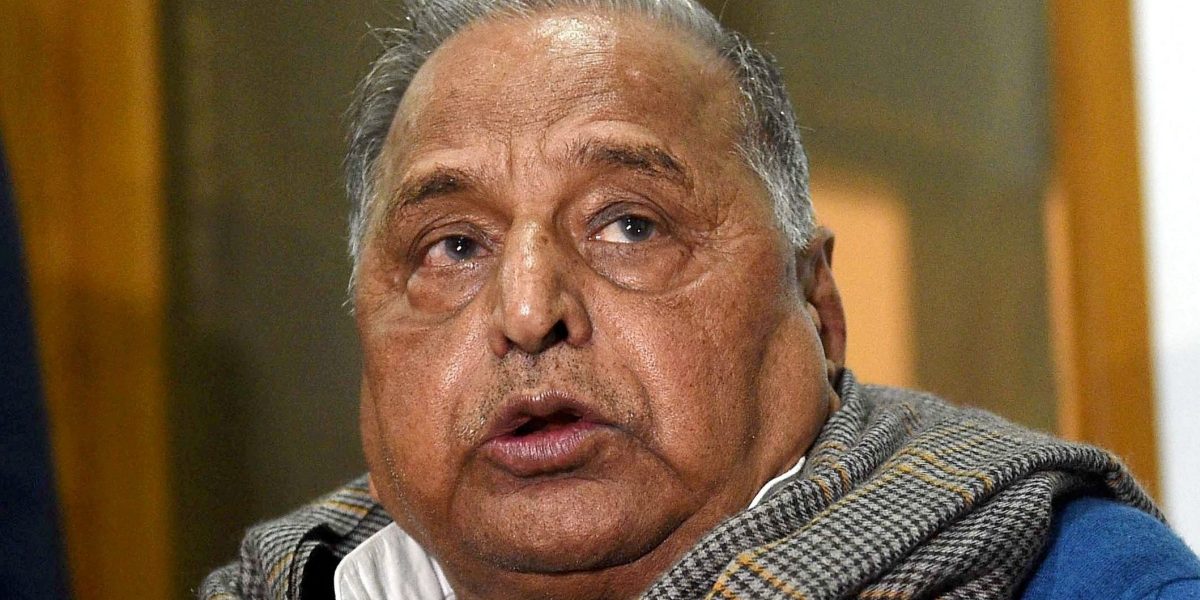 Lucknow: Mulayam Singh Yadav was barely eight years old when India became an independent nation. Born in a humble Yadav family in a remote, under-developed village called Saifai in central Uttar Pradesh’s Etawah district, his family named him “Mulayam” in the hope that he would grow up to be a “soft” and simple man, at best a schoolmaster.

Teacher, he became to start a livelihood. But Mulayam began nurturing dreams right from his early days. And he dreamt big. No wonder, far from turning soft or docile, he chose the rough and tough path on which he rode to reach unexpected heights.

Battling against the odds became his forte, perhaps because of the skills he had initially acquired as a wrestler in the village kushti akhara (wrestling ring). And each time it seemed that he was down and out, he surprised all and sundry by springing back up with renewed gusto and vigour. Be it his long-drawn arrest during the Emergency, his defiance of Vishwanath Pratap Singh’s preference for Ajit Singh over him to head Uttar Pradesh in 1989, or the brutally critical onslaught he faced for protecting the Babri masjid when violent karsevaks stormed the mosque in 1990 – Mulayam never seemed to get cowed down by adversities.

What was unique about him was that he never disconnected himself from his roots, from where he drew his strength. Having risen in politics largely out of the JP movement, Mulayam looked up to Ram Manohar Lohia as his ideologue. And even when he was under fire for deviating from the staunch socialist ideals of Lohia by allowing significant space to a businessman-turned-politician like Amar Singh, he did not hesitate to give Singh such unparalleled prominence that he invited the envy and displeasure of many old-timers within the SP fold.

Yet, when the realisation dawned that Amar Singh was becoming “extra-baggage” and an “eyesore” for his family, Mulayam did not bat an eyelid in sidelining him, bringing an end to Singh’s meteoric rise.

He was absolutely open about his likes and dislikes, which were, more often than not, quite strong. No wonder, amidst much speculation and debate over the selection of his political heir, he chose his son Akhilesh over the brother Shivpal, whom he always hailed as a “hard-working” and “grounded” leader. However, at the same time, he never desisted from even publicly chastising his son for actions he did not approve of.

Yet, there was no one dearer to him than Akhilesh, whom he large-heartedly forgave even after he was divested of the party president’s position that was assumed by the son in a coup. While the political legacy was preserved for Akhilesh, he gave all his material legacy to Prateek, the son from his second wedlock with Sadhana Gupta, who passed away barely a few months before him. 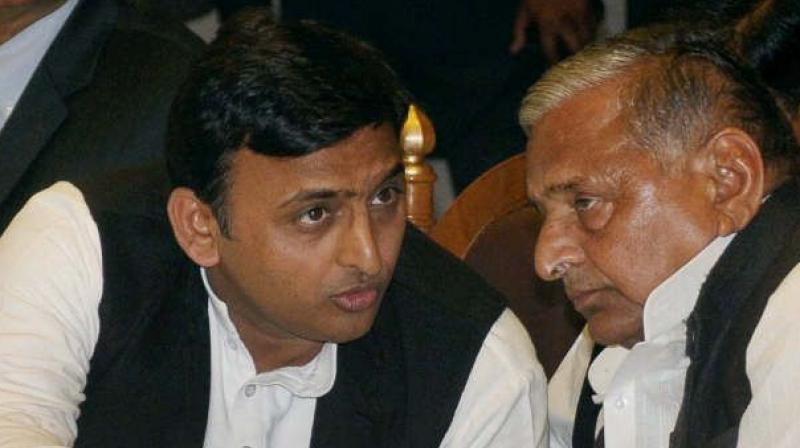 Always open to building new relationships, he used this knack to strike alliances with different parties whenever it was the political need of the day. And that made it easy for him to expand his political base, initially limited to just Yadavs. The manner in which he successfully stitched alliances with not just the powerful OBC block of Kurmis, but also smaller backward caste groups was remarkable.

What made him the most potent force against the much taller Congress as well as Bharatiya Janata Party (BJP) was the sudden surge of Muslim support that he received after his all-out effort to protect the Babri Masjid in 1990. He was not to be cowed down by continued right-wing lashing for resorting to firing on karsevaks, which he vociferously defended as his “duty” to uphold India’s constitution. He took it in stride when his critics labelled him with the title of “Maulana”.

It goes without saying that it was his unflinching and open support of the cause of the country’s 20% minorities that propelled him to the forefront of national politics. That also marked the turning point in the Congress party’s fortunes which plummeted after large sections of Muslims shifted their political loyalty en bloc from the grand old party to the Samajwadi Party. Ironically, today many of those who have inherited his legacy shy away from giving even a feeble voice to serious issues about targeting of the minority community.

Once he was able to enlist the support of Muslims, Mulayam was quick in striking a chord with the Bahujan Samaj Party founder and Dalit icon Kanshi Ram. The latter was convinced that an alliance with Mulayam’s SP, enjoying the support of a chunk of OBCs and Muslims, could bring a political windfall for the duo. And when the two parties contested the state election in the mid-90s, it was a warning bell for both the Congress and BJP.

Sadly, it was the indiscretion of some of his own partymen that resulted in the premature snapping of these ties – the infamous ‘Lucknow State Guest House’ incident, where SP workers unleashed an attack on BSP legislators in reaction to Kanshi Ram’s decision to withdraw support to the Mulayam government. In fact, it was this incident that propelled Mayawati to the fore as Kanshi Ram accepted the BJP’s offer to support a BSP-led government. Instead of donning the mantle himself, Kanshi Ram chose to anoint his closest protégé. With Congress veteran Motilal Vora in place as the state governor, things became much easier for an instant transition of power from Mulayam to Mayawati. The rattled BJP and Congress saw it as an opportune moment to bury the possibility of an SP-BSP combine.

Perhaps no other politician could have reemerged into the mainstream after earning so much disrepute on account of the Guest House incident. But Mulayam’s firm support base did not allow his fate to dwindle. And more than that, he managed to turn the political battle in Uttar Pradesh from one that was four-cornered or three-cornered into a direct contest between the SP and BSP. That led to more than a decade-long phase of power shuttling between these two parties in the country’s most populous state.

His shrewd and mature political moves often invited the displeasure and even wrath of his opponents, yet none could ignore him. No wonder, Mulayam could cast space for his relevance at the centre stage of national politics right until his departure from this world.

Today, it is no surprise that political personalities of different hues – including his sworn political adversaries – were showering rich tributes on him. Sure enough, it was not just his rise from the streets to the skies that gave him a unique place in India’s politics, but what took him beyond was that he was a man of all seasons and for all seasons.