Mohan Delkar's son says that since the fiasco broke in Mumbai police, he is afraid that the case will be impacted. 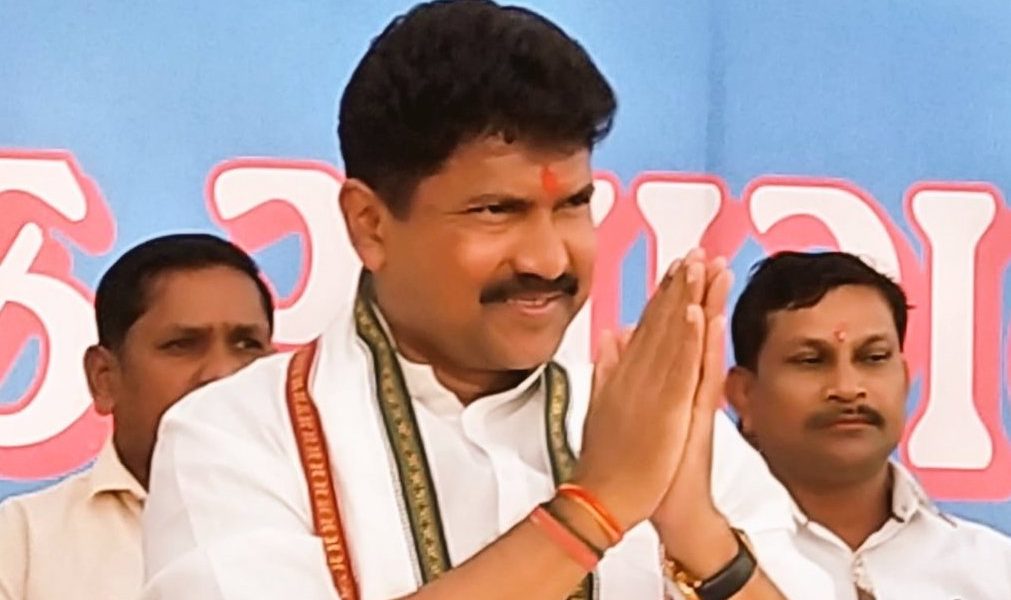 Mumbai: “It is only in Mumbai that I hope to get justice. If I ever were to try this in my hometown, even my suicide note won’t be recovered,” wrote 59-year-old Mohan Delkar – a seven-time MP from Dadra and Nagar Haveli (DNH) – in his 15-page suicide note written in Gujarati, before ending his life in a South Mumbai hotel on February 22.

Delkar, who had been in and out of Bharatiya Janata Party and Congress several times in his political career, last contested as an independent candidate.

His 30-year-old son, Abhinav Delkar, who is now spearheading the “Justice for Late MP Mohan Delkar” movement in the union territory, says the recent chaos in the Mumbai police has made him worried if the Mumbai police will be able to do justice and conduct a fair investigation into his father’s death by suicide.

“The suicide note clearly states his apprehension. He knew if the BJP gets involved in any way, he would not get justice. And that is exactly what seems to be happening now in Maharashtra,” Abhinav told The Wire. Mohan Delkar had checked into the Green Sea Hotel on Marine Drive in Mumbai and hung himself.

Abhinav, since his father’s death, has visited Mumbai on several occasions to meet state chief minister Uddhav Thackeray, home minister Anil Deshmukh and even former Mumbai police chief Parambir Singh. “Each one of them had assured me that my father’s case would be handled with utmost sincerity and I have been hopeful too. The home minister (Deshmukh) even announced a Special Investigation Team (SIT) to look into my father’s death. Within days, things changed in the state,” Abhinav says.

The suicide note, which Abhinav says he was given to read at the police station in Mumbai, mentioned several names. Of them, the administrator of the UT – Praful Khoda Patel – is named as a prime accused. Patel, considered to be a close confidante of Prime Minister Narendra Modi and Union home minister Amit Shah, had allegedly harassed Delkar, pushing him to take this drastic step.

Delkar, a mass leader and an important tribal voice in the region, allegedly ended his life following pressure from Patel and others to cough up Rs 25 crore and also hand over the administration of the educational trust that Delkar’s family had been running for several years. The FIR mentions several sections of the Indian Penal Code and the Prevention of Atrocities (Scheduled Castes and Scheduled Tribes) Act.

Delkar died on February 22. On February 25, an explosives-laden Scorpio car was found parked a few metres away from billionaire businessman Mukesh Ambani’s house “Antilia’ in South Mumbai. The furore that was building up against Delkar’s death soon diffused. The focus had in no time moved towards the bomb scare incident. Eventually, Mumbai police’s assistant police inspector Sachin Waze was arrested by the National Investigation Agency (NIA) for his alleged link in the bomb scare case.

The NIA arrest caused major embarrassment to the Maha Vikas Aghadi government – a tri-party alliance of the Shiv Sena, Nationalist Congress Party and Congress. As a response, city commissioner Parambir Singh was shunted to a less important post, Home Guards. And on March 20, Singh made an explosive claim – that Deshmukh had been pressurising him and his subordinate officers, including Waze, to collect Rs 100 crore every month from hoteliers in the city.

As Singh’s letter to chief minister Thackeray was made public, Abhinav closely followed the news. “It is worrying. I have not been able to follow up with the Mumbai police and the (state) government since then.” The most obvious impact of the turn of events, Abhinav points out, is “the delay in setting up the SIT in the case”. “It has already been over a month since my father died. Before his death, he had written to Modi, Shah and speaker Om Birla on the treatment meted out to him by Patel and some ministers, but his letter was completely ignored.

The Wire has accessed these letters. In them, written between December 2020 and January 2021, Delkar has pointed to the humiliation he had to suffer during the DNH visit of Union minister of state for home affairs, Nityanand Rai. In the letter, Delkar says, despite protocol, he was kept away from government activities in the UT. He was not intimated about any visits by dignitaries, and even when he was not present at government events, his name was displayed on the board. “This has not only become a hot topic for the general public of the territory but also caused me huge embarrassment and humiliation,” he wrote. These letters, Abhinav says, went unaddressed.

Abhinav, a commerce graduate, had been handling the educational trust ‘Swargeeya Sanjibhai Rupjibhai Memorial Trust’ (named after Delkar’s father). Abhinav says his family had already handed over a large chunk of the land and two tall buildings for the NAMO Medical Education and Research Institute, to be built in the UT. NAMO (named after Modi) is a government initiative. “My father stayed loyal to the party till the end. When he was asked for land, he gave it without thinking twice. It was given on Re 1 lease to the government. But the (BJP) party let him down,” Abhinav said.