The BJP's consolidation of power in many states has given activities driven by the RSS ideology – represented by issues like cow protection and the Ram Temple – a fillip. 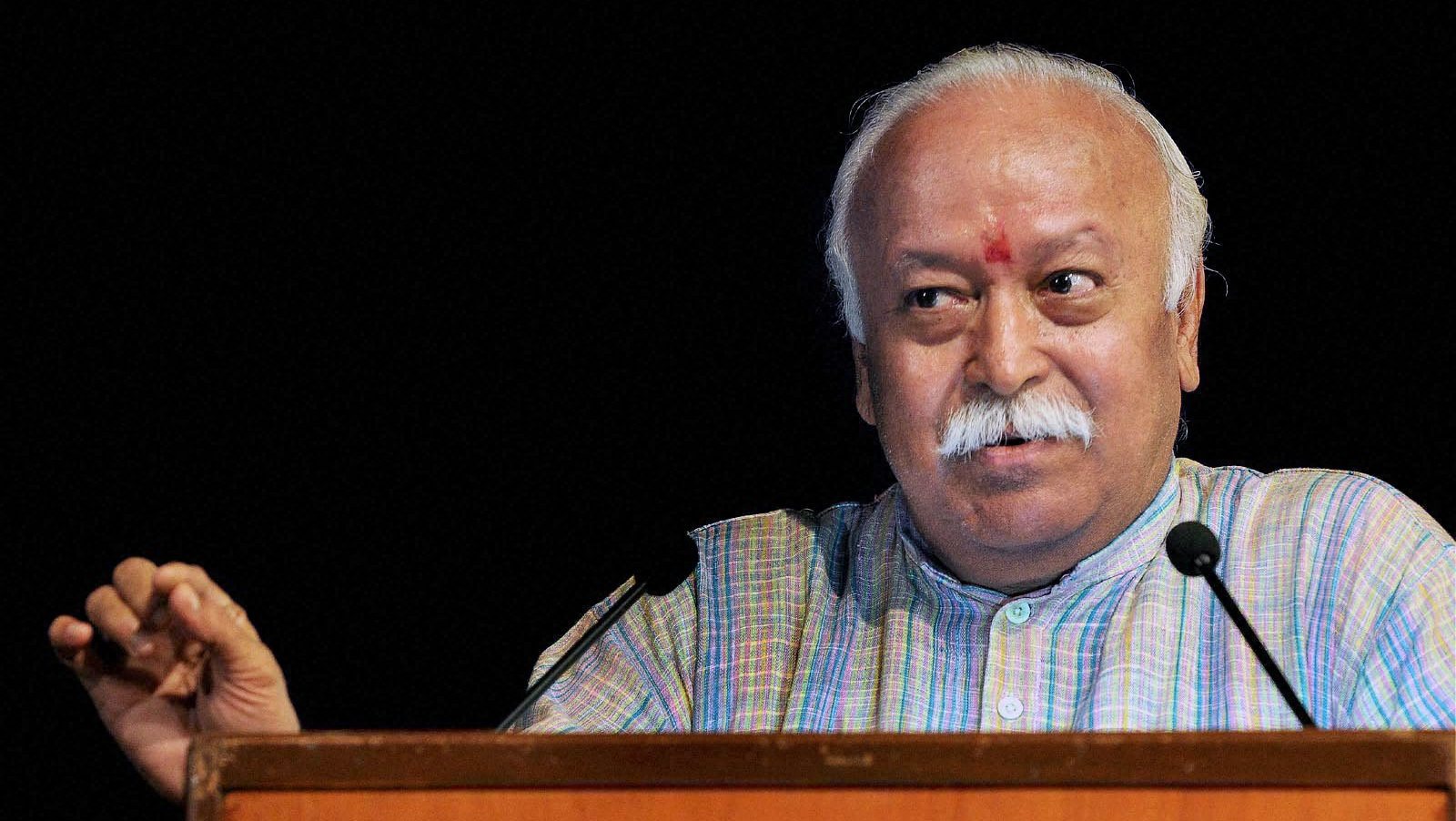 RSS chief Mohan Bhagwat has called for a national legislation on cow protection. The timing of the call is eerie, to say the very least. It comes against the backdrop of the wanton violence wreaked by cow vigilantes in Rajasthan, killing an innocent Muslim dairy farmer, Pehlu Khan. Bhagwat’s call came even as Rajasthan’s home minister refused to call it murder, laying blame on “both sides”, and the central government told the Rajya Sabha that the act of violence needed to be confirmed even as media outlets had pictures and videos of the incident. One didn’t realise the scope of alternative facts could extend to the Upper House so easily. Initially, Mukhtar Abbas Naqvi, the BJP’s Muslim shield in the Rajya Sabha, said nothing had happened. After 24 hours, Naqvi admitted some incident did occur and the home ministry would give a full report to the House. Prime Minister Narendra Modi, of course, has kept a studied silence.

Given this unseemly prevarication by the Centre and the Rajasthan government, the timing of Bhagwat’s demand may appear both insensitive and inappropriate. After a token condemnation of cow vigilantism, the RSS chief moved to the main ideological issue and demanded a national legislation against cow slaughter. A large number of states have already enacted a law in this regard and Gujarat recently made cow slaughter punishable with life imprisonment.

The timing of Bhagwat’s demand also seems to suggest that the Sangh parivar would up the ante on cow protection to pitch it at a national level on a sustained basis. The BJP’s stunning victory in UP is clearly being interpreted by the RSS as a green signal to throw afresh the ideological gauntlet represented by age old issues like cow protection and the Ram Temple in Ayodhya. The broader political class will have to respond to this.

Cow protection and the sacredness of the cow has been a core issue for invoking Hindutva nationalism even before the RSS was formed in 1925. Mahatma Gandhi tried to reason with the leaders of this movement in the 1920s by arguing he too was an orthodox Hindu and felt strongly about protecting cows but the worthy principle could never be served by attacking Muslims. Gandhi said the cow protection campaign should only be done through love and persuasion. Of course, Gandhi was trying to persuade extremist Hindu elements so that their focus could turn to the fight against the British by joining the non cooperation movement. To mainstream the Hindutva right, Gandhi even attended the inauguration of the Hindu Mahasabha in 1915 in Hardwar.

Of course, Gandhi’s efforts at mainstreaming the aggressive Hindu right came apart after his arrest in 1922, following which, many Hindutva leaders decided to chart their own course using Gandhi’s support for Khilafatist Muslim leaders as a pretext. This was partly the basis for the founding of the RSS by K.B. Hegdewar in 1925. Subsequently, the issue of cow protection and its link to nationalism got a big push.

So it should surprise no one that Bhagwat has demanded a national law on cow protection. The Sangh parivar is known to stay with its core issues for decades on end. There is also a pattern in which the structured Hindutva right – the RSS and BJP – interfaces with the loose society-based outfits like various sadhu samaj bodies. There is always some broad understanding in regard to tactics between the structured and unstructured outfits of the Hindutva right. It is worth recalling that last year, on the eve of winter session of parliament, thousands of sadhus had gathered in the capital with the specific objective of gheraoing parliament with the demand for a national legislation against cow slaughter. They were all set to move in on parliament but it was prevented at the very last minute. The question is how?

It seems reasonable to assume they were persuaded to withdraw their plans after some firm assurances were given. Obviously, their act of violent mass protest outside parliament would have embarrassed the Modi government no end. Remember, the the Sadhu Samaj had similarly gheraoed parliament in 1966, within months of Indira Gandhi taking charge as prime minister. The agitation had turned violent and the government had to summon the army to push the hordes of sadhus back. Many died in the subsequent firing and the protestors even burned down the house of the Congress president K. Kamaraj.

One can be sure that a 1966-type violent mass aggression by Hindutva forces will not happen as long as the BJP rules at the Centre, precisely because there is a loose understanding between the structured right and the not-so-structured extremist Hindutva elements. This could be seen in the recent convictions of ex-RSS pracharaks in the Ajmer train blast case. Sporadic violence against individuals or groups in the name of cow protection will continue simply as a means to keep the pot boiling and energise the cadres. What we are seeing now can be described as controlled violence by the loose extremist elements, with the structured outfits retaining some deniability. BJP-led state governments have openly displayed softness of late – whether in the case of Mohammed Akhlaq’s killing in Dadri or Pehlu Khan in Rajasthan – towards the violence associated with the Sangh’s core ideological movements. It is clear the prime minister also implicitly shows his softness through silence. It is impossible for him to cut the umbilical chord. And why should he when the same apparatus has put him where he is. It is here that some of the regime sympathisers among the commentariat lose clarity – consciously or otherwise – when they argue that “Adityanath must be given a chance”. Of course, like Modi had done in the past, Adityanath too is trying to rebrand himself as a “vikas purush” but the broader tendency – call it the Sangh system – won’t change. Adityanath, within a week of becoming UP chief minister, graced a big event in Gorakhpur where his close associate and the head of Digambar Akhara in Ayodhya demanded a national legislation for building the Ram Temple. Adityanath kept silent, implicitly endorsing the call. This is too obvious for any commonsensical observer to miss. Of course, you can still ” give them a chance”.

One really doesn’t know where the national legislative priorities are headed as the BJP consolidates power in a large number of states. The vikas purush may yet get transformed into some other entity. Or did he ever change at all?

After all, the original call for a halt to India’s pink revolution was given by the prime minister during the 2014 Lok Sabha campaign, with Amit Shah later telling us that Hindutva and development are one and the same. QED.