Modi’s Raid Raj: ‘Janampatri’ Has Emerged as Key Instrument of Power Against the Opposition

Allegations of disproportionate assets and PMLA violations are among the most common charges slapped on opposition politicians. But those who defect to the BJP get to sleep soundly. “Hold your tongue, I have your entire janampatri,” Prime Minister Narendra Modi had warned the Congress in a 2017 election rally, using a Hindi word that refers to both a person’s horoscope and to his past.

Modi’s blunt threat came during the assembly elections in February 2017, months before his Israel visit which reportedly led to India acquiring the spyware Pegasus. Three months later, on May 15, 2017, the Central Bureau of Investigation (CBI) filed a first information report in the INX Media case involving Congress leader P. Chidambaram.

The handling of dossiers of political opponents directly by trusted officials has been one of Modi’s most potent instruments of power ever since he took over as Gujarat chief minister in 2001. Like other charismatic, strong leaders the world over, he gave top priority to setting up an effective surveillance system  to tire out his political rivals. The word ‘janampatri’ is an accurate euphemism for this system.

Political scientists view the misuse of government surveillance against domestic political opponents and the politicisation of the civil service, military and security services as a sign of creeping authoritarianism.

No other prime minister in India has ever maintained such an elaborate machinery with dossiers ready to strike at any political adversary at short notice. Since 2014, agencies like the Enforcement Directorate (ED), Central Bureau of Investigation (CBI), income tax department, National Investigation Agency (NIA) and Narcotics Control Bureau (NCB) have substantially strengthened their political wings. They have added more staff and upgraded their facilities. This is in addition to constant instructions from the political bosses as to whom to strike at and when.

Trusted men with proven political loyalty are placed at crucial positions in all these agencies. When they do not act as desired, they can be peremptorily (and illegally) removed, as Alok Verma discovered when he was ousted from the CBI in a ‘midnight coup’ in 2018. In this broad process, seniority is violated, new posts are created and rules are tweaked. For instance, in November 2020, current ED director Sanjay Kumar Mishra, the establishment’s valued war horse, was given a special extension of service.

In November last year, the rules were again changed through a presidential ordinance to give the same officer another extension. This was done to circumvent an earlier Supreme Court order, and was rushed through barely 72 hours before Mishra’s term was to expire. The ordinance also provides the government ample levers to retain or sack the chiefs of other agencies like RAW and CBI, as also the defence and home secretaries.

In 2016, the Modi regime brought Gujarat cadre police officer Rakesh Asthana as additional director of the CBI. He had investigated several politically sensitive cases in Gujarat, including the Ahmedabad bomb blasts. To facilitate this, the government had to transfer special CBI director R.K. Dutta to the Union home ministry leading to internal bickering and a series of Supreme Court interventions.

In July last year, service rules were again tweaked to appoint Asthana as Delhi police commissioner. This too was rushed through hours before his superannuation. Such is the kind of patronage and protection extended to those officers handling sensitive political operations. Prime Minister Modi has the distinction of having conducted a record number of raids and launched prosecutions against the opposition politicians. Every opposition party in India has its own stories to tell of vindictive treatment at the hands of the enforcement agencies. But developments in the past two months signal two disturbing portents.

The first is that the Modi regime is all set to unleash its sleuths on political rivals with increased ferocity.

The second is a wake-up call to those individual leaders, like Maharashtra minister Nawab Malik, who dare to ‘cross the limits’ set by the prime minister way back in 2017. They should now be prepared to face harsher cloak and dagger methods. Taking up the second first, the Modi establishment has every reason to be furious about the outspoken Nationalist Congress Party (NCP) minister. He came into national limelight when he countered the NCB version of the allegations against Aryan Khan.

Since then, he went on mount attacks on the ruling party and its senior functionaries. He released photographs of former Bharatiya Janata Party (BJP) chief minister Devendra Fadnavis with drug peddler Jaydeep Rana. His daily diatribes had infuriated the establishment leaders. The result has been his sudden arrest and prosecution for a deal that supposedly happened over 20 years ago. The case has all the attributes of political persecutions under illiberal regimes. The simultaneous raids, seizure of his assets, the way he was arrested and the unusually harsh behaviour of the investigators — all resemble textbook practices under authoritarian regimes.

Look at the prosecution’s vocabulary. The ED told the special court that Malik, a five-time MLA and NCP spokesman for a decade, ‘funded the terror network of underworld don Dawood Ibrahim’, ‘usurped property with the connivance of D-gang members’ and amassed wealth ‘through the proceeds of crime generated from acts of extortion or other illegal activities’. Then there were charges like violations under PMLA .

There is also talk of Nawab Malik being entangled in longer litigation by asking other agencies like the NIA to separately probe the terrorism and security aspects. Allegations of disproportionate assets and PMLA violations are among the most common charges slapped on opposition politicians. These can tie them down for longer periods even though convictions have been as low as nine out of 1,569 cases during the decade.

Also read: How ‘Neutral’ Are the IT Raids Conducted Over the Past Six Months?

‘A sound sleep and no raids’: Benefits of defecting to BJP

Pre-election raids on political opponents and their donors have been the Modi-Shah regime’s signal contribution to electoral engineering. The process began with the 2016 assembly elections, originally intended to choke the flow of election funds for opposition campaigns. Since then, raids against political leaders became a regular election eve exercise.

Such casual remarks aside, the ruling establishment in the past seven years has never been apologetic about the systematic misuse of agencies to silence political rivals. Rather, such reprisals are intended to be exemplary and as a warning to all those who dare to ‘cross the limits’.

The Modi regime has also been adept at using midnight knock to induce defection. Look at the case of Assam chief minister Himanta Biswas Sarma who was alleged to have been involved in the Saradha scam. After his defection to the BJP, the case against him was promptly buried. 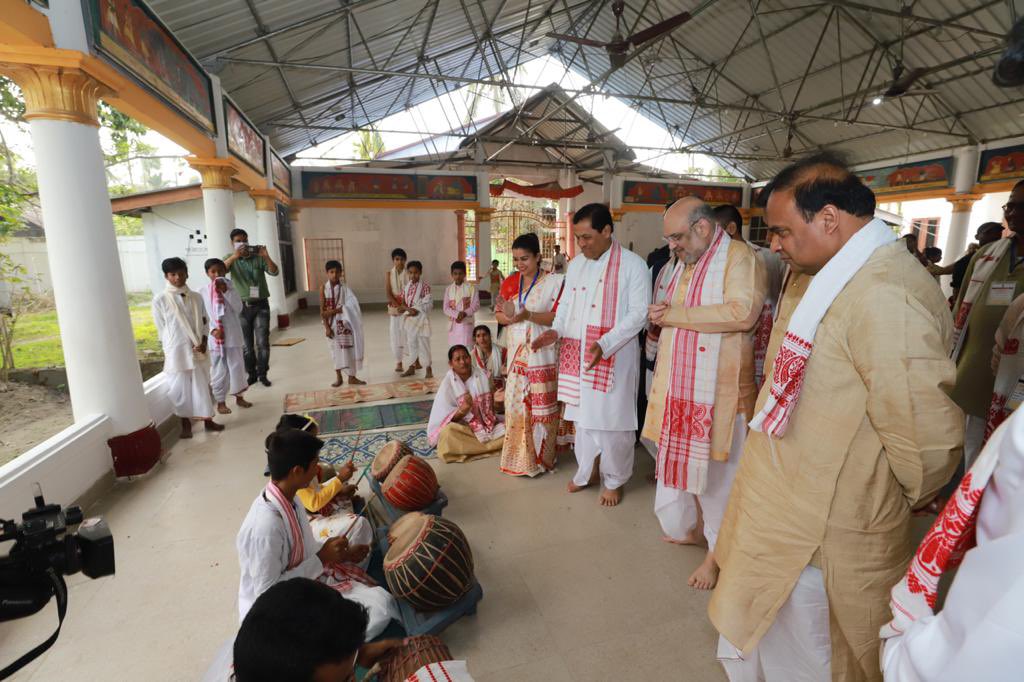 Worse has been the kind of quid pro quo that happened in the case of Ajit Pawar. Within 48 hours of defecting to the saffron camp to form a NCP-BJP government in November 2019, charges against him in an irrigation scam were withdrawn.

Last month, Shiv Sena spokesman Sanjay Raut revealed he was offered attractive lures for quitting the Maharashtra Vikas Aghadi (MVA) and forming an alternative BJP coalition. “The day I refused, ED raids began at my friends and relatives,” Raut said, claiming that similar plots were being hatched for Jharkhand.

He raised another pertinent question: When opposition leaders were being persecuted in large numbers, why was no BJP leader raided?  However, at least two mid-level BJP leaders – Sanjaykaka Patil and Harshvardhan Patil – had the courage to utter the widely held but never admitted political truth of the time.

“The Enforcement Directorate will not touch me,” Sanjaykaka boasted at a recent function. “Because I am a BJP MP.” Harshvardhan, who had left the Congress and joined the BJP, also shared similar views. He said there were no inquiries by the Central agencies after he joined the BJP. And hence he now got sound sleep.

BJP leader Suvendu Adhikari went to the extent of threatening party rebels with raids if they defected to the TMC. He did so right on the floor of the House. The speaker has referred a privilege motion to the privilege committee.

Soon after Samajwadi Party chief Akhilesh Yadav and Bahujan Samaj Party (BSP) chief Mayawati began negotiations for a formidable alliance against the BJP in the 2019 Lok Sabha polls in UP, the Union government’s agencies moved against both leaders. The CBI on January 5, 2019 announced investigation into the role of Yadav in an alleged mining scam, which was in the cold storage for years.

Here is a brief resume of Big Brother operations carried out on behalf of Modi:

Since then every state election brought its own midnight knocks and clampdowns.

The list of raids, arrests, FIRs and summons served in old cases against political rivals is rather long. Here are some of the recorded cases of misuse of probe agencies for political gains. 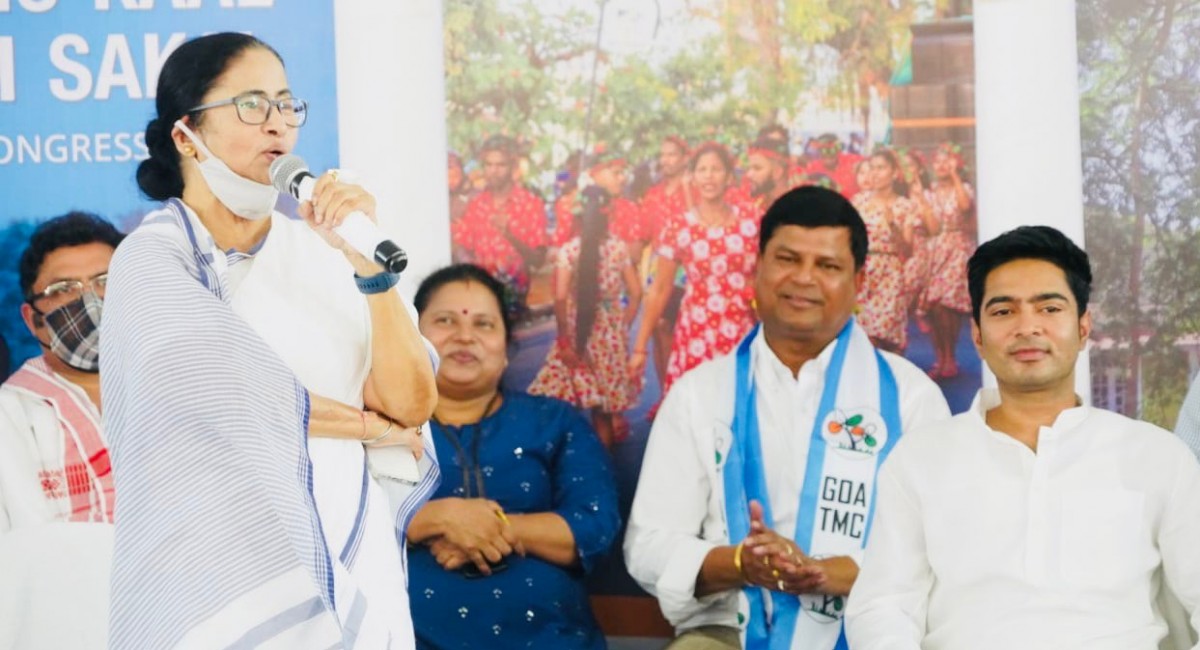 In Maharashtra, the probe agencies had to devise ingenious cloak and dagger methods from 2019-end to topple the Shiv Sena-led government.

In Kerala, the agencies targeted state CPM general secretary’s son, Bineesh Kodiyeri, in an alleged money laundering case, four months before the assembly elections. However, the probe agency could not procure any evidence against him and the Left Front romped back to power with an increased majority. In a counter move, the state police filed an FIR against ED officials for forcing the prime accused to implicate the chief minister in the smuggling case. Though the high court quashed the FIR, the police have filed an appeal.