Modi's Trusted Aide A.K. Sharma Joins BJP in UP, May Become a Minister in Adityanath's Cabinet

Reports suggest that Sharma would be among the ruling party’s top nominees for the forthcoming state legislative council polls on January 28. 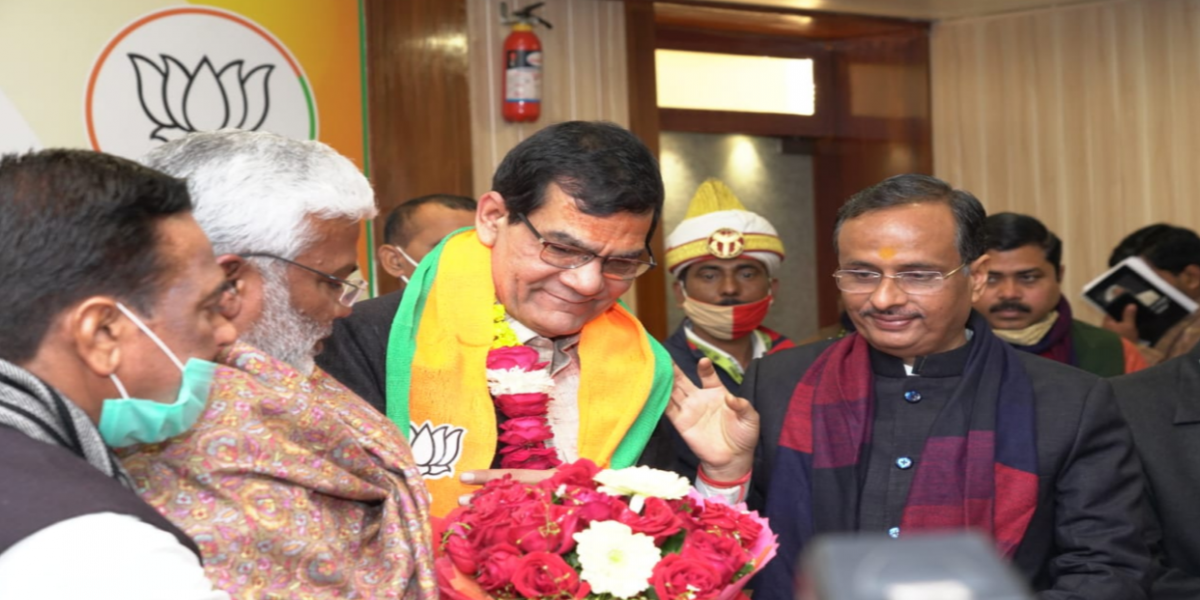 Lucknow: Is Uttar Pradesh now going to be administered by a remote control of Prime Minister Narendra Modi? The question has been doing rounds ever since news broke out about Modi’s most trusted bureaucrat opting for voluntary retirement and being formally inducted into the ruling party in UP.

After a long stint under Modi, he was entrusted with the charge of micro, small and medium enterprises (MSME) ministry, from where he opted for voluntary retirement – two years before his term was to end, and took a plunge into active politics from Uttar Pradesh. Sharma belongs to a nondescript village of Mau district in the state’s most backward eastern belt.

Reports suggest that Sharma would be among the ruling party’s top nominees for the forthcoming state legislative council polls on January 28. If the ongoing rumours in the corridors of power were to be believed, Sharma would also be accorded a key slot in Yogi Adityanath’s cabinet, entitling him to steer the affairs of governance.

Both political and bureaucratic circles were agog with rumours about this bureaucrat-turned-politician’s likelihood of replacing one of the two deputy chief ministers, who were currently assisting Yogi Adityanath .

While no official confirmation was available on these issues, it was amply evident from the turn of events that Sharma was in for a significant role to oversee the working of the Yogi government during its last year in office. Yogi would be completing his five-year term in March 2022, when the country’s most populous state would go for the next Vidhan Sabha election.

It is, therefore, believed that if a space was being created for a nominee of the prime minister, the person would not remain limited to being a mere member of the upper house of state legislature. Soon after being formally inducted into the party in the presence of state Bharatiya Janata Party (BJP) chief Swatantra Dev Singh and deputy chief minister Dinesh Sharma on Thursday afternoon, the former bureaucrat from Gujarat made it a point to express his gratitude to the prime minister for giving him this opportunity.

“If I am being given a place in politics without any background of a political family or any past experience in politics, it could not have been possible without the blessings of Narendra Modi saheb”, he told a gathering at the UP BJP headquarters in Lucknow on Thursday.

That Sharma already enjoyed sufficient clout in the affairs of UP had become visible when he was found to be instrumental in getting an IAS batchmate of the UP cadre back in the mainstream after the officer had remained dumped in innocuous positions during the first three years of the Yogi regime.

Significantly, ever since that bureaucrat has been back in the reckoning, he was proving himself as a major asset for the UP chief minister. His entire focus was on re-casting Yogi’s image – from a religious rabble-rouser to a development-oriented leader, desperately trying to don the mantle of the country’s top Hindutva icon after Modi.

Time will tell what role Sharma is finally assigned in the new scheme of things. However, it goes without saying that in days to come, he is going to be Modi’s man Friday, calling the shots in the Yogi government.