Modi Needs to Be Rescued from his Cheerleaders

In his 18 interactions with the Chinese president, did Modi misjudge and misunderstand him or did Xi Jinping correctly size up our Supreme Leader? 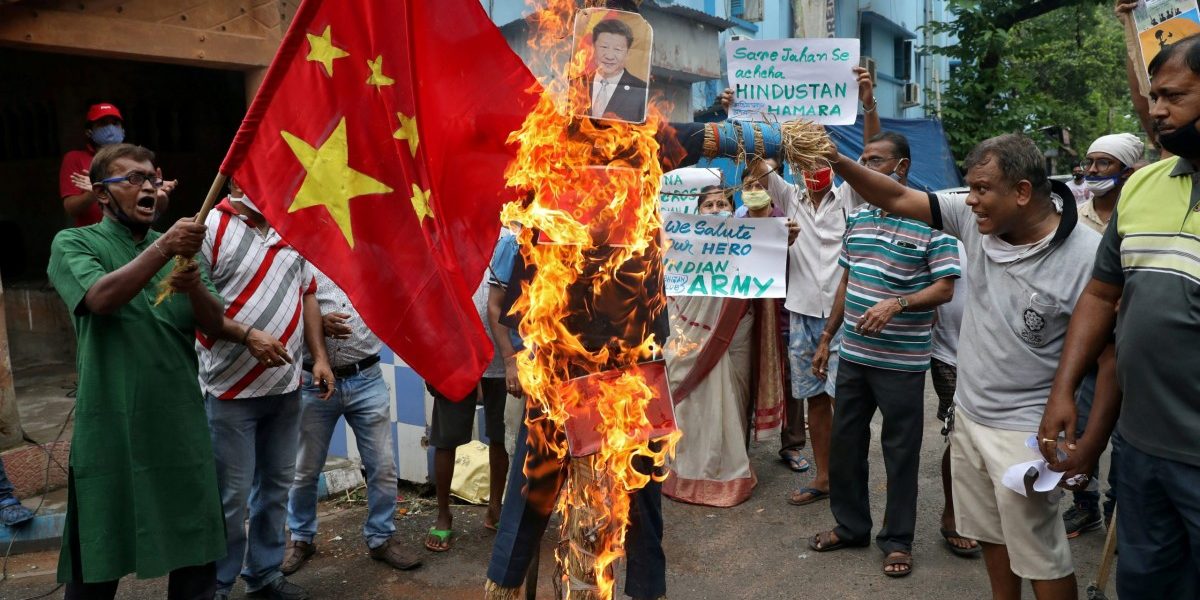 The final report of the National Commission on Terrorist Attacks Upon the United States, constituted after the 9/11 catastrophe, invoked the concept of  “failure of imagination.” After painstaking investigations, the commission concluded that no one in the extensive and expensive American security establishment was able to imagine that a domestic hijacked aircraft could be used as a weapon. Because of this failure of imagination, the United States paid a terrible price – and, the  global order still suffers from the consequences of Washington’s response to that failure.

History, of course, records very many instances of nations and leaders failing to imagine an unthinkable strategic initiative by an adversary. The US could not imagine Japan’s audacious assault at Pearl Harbour. In our own case, our imagination failed us at Kargil – despite all our cunning insight into Pakistan’s designs on India. And, of course, we know all about Jawaharlal Nehru’s failure to imagine China could use force to impose on India its understanding of the border. It was a dejected Nehru who, in October 1962,  admitted to a sense of betrayal.

Now, 60 years later, we again find ourselves talking of a “Chinese betrayal.” How have we allowed our imagination to get so blunted that we found ourselves in a situation where Indian soldiers got bludgeoned to death?

In particular, retired generals and military analysts have wondered why the Indian defence establishment failed to imagine what the People’s Liberation Army was up to in the Galwan River Valley. We are fond of reminding ourselves that the India of 2020 is not the India of 1962. Damn right. Today, we have the very best of tools of analysis; the cherry on the cake is our Defence Image Processing and Analysis Centre (DIPAC) that must have been providing satellite-derived evidence of the PLA foraying into our territory.

And, then, pray, why did we misread the evidence? That too, when we have the institutional blessing  of a new chief of defence staff, with a much touted promise of taking our national security to a higher level of efficient planning and preparedness. However, we also do know that evaluating “agencies” – from the Enforcement Directorate to RAW to Military Intelligence – have an incurable habit of rigging their assessments, inferences, conclusions to suit the political masters’ expressed or divined preferences. The result has been a humiliating loss of face.

Nonetheless, it is being suggested, rather insincerely, that the nation needs to close ranks behind the government and its Supreme Leader in this moment of ‘crisis’. But national interest also demands we  recognise that if we find ourselves in a tight spot today, it is because the system has croaked under the weight of a prime ministerial overload. Unless we are willing to concede this debilitating burden, the country may find itself saddled with another crisis, with unforeseen consequences.

The Galwan Valley disaster is only the latest manifestation of an entire government becoming hostage to a prime ministerial over-lordship. Here is a prime minister who had even claimed to have micro-managed the Balakot operation, giving the Air Force pilots the confidence on how to trick the weather and enemy radars.

At home, the country has already paid a terrible price for prime ministerial waywardness on almost every front but a blunted political opposition is unable to exact any democratic retribution while he goes on copiously issuing himself certificates of excellent conduct.

Unfortunately, our global adversaries, especially the Chinese,  do not find themselves under any obligation to give the prime minister as much as an inch. In fact, it should be taken as a given that after as many as 18 interactions between the two ‘strong’ leaders, Beijing must have formed an unsentimental assessment of Prime Minister Modi, his strengths and weaknesses, flaws and frailties— and has now moved in for the kill.

An inherent risk in international diplomacy at the summit level is that the two interlocutors expose themselves to a mutual personalised assessment. Leaders size up their counterparts, their vanity, intractability, dormant megalomania, obsessions and passions. During those 18 meetings, the Chinese leadership must have seen through our man. To begin with, the Chinese, who take a long view of history, were probably puzzled by his desire to rubbish his predecessors.

Also Read: There is a Global Dimension to the India-China Confrontation in Ladakh

At the beginning of the Modi era, national security adviser Ajit Doval had theorised that the India-China relationship was in for an “orbital jump” because Delhi and Beijing were now presided over by two ‘strong leaders.’ This ‘strong leader’ obsession became Indian foreign policy’s operative albatross.

A thoroughbred foreign service professional like Vijay Gokhale came to subscribe to the wisdom of the Leadership principle. In the last week of May this year, the former foreign secretary was telling an audience in Chennai: “Whenever leaders talk, the chances of mishaps are minimised. I believe that after 2017, the two summits have created a certain degree of understanding and trust. It does not mean we have solved every problem. Two leaders together can’t solve every problem in two meetings, but I believe the trust they have created will prevent a mishap from happening.”

The Chinese perceptively understood and played along with Prime Minister Modi’s need to branch out as a strident, strong leader, zealously vigilant in defence of New Delhi’s interests. And they must have figured out his penchant for event management – his desire to use the diplomatic stage for domestic political consumption. This is a common weakness among leaders in democratic systems, but, in our case, we seem to have made an elaborate fetish of it – even confusing sartorialism with statesmanship.

Well-versed as they are in the dynamics of personality cult and its implicit requirements, the Chinese could not have had any moral reservations about Modi’s pre-occupation with his image. But, they were not going to allow themselves to be impressed with pretentious strutting. The Chinese leadership must be intrigued as to why the prime minister is squandering his second-term mandate in lighting up fires of civil unrest across India. The very political stability that should have been a source of national strength has been reduced to a drag on national power.

History will judge Prime Minister Modi as guilty of misjudging President Xi Jinping, just as Nehru  misread Chou En-lai. Now it is necessary that Modi does not make the same mistake that Nehru made: allowing his critics to railroad him into a war with China. Today, Prime Minister Modi needs to be rescued from his own cheerleaders, who are bellicosely egging him into an intractable conflict.