In Speech to NDA MPs, Narendra Modi Says Minorities Have Been 'Deceived' 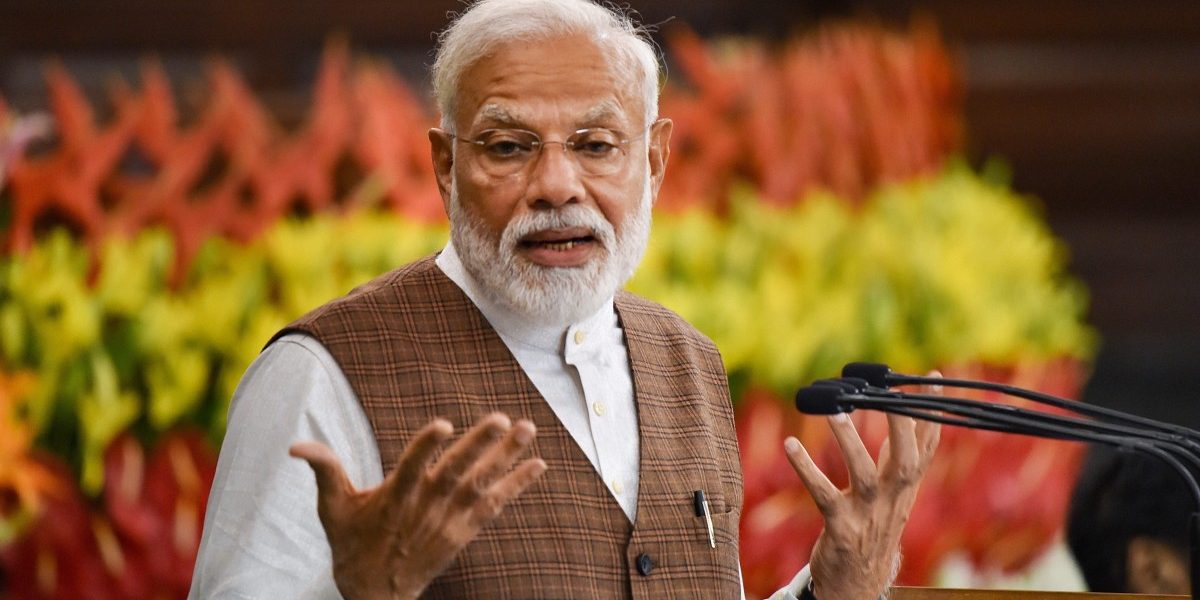 New Delhi: Acknowledging that the BJP and its legislators need to win the trust of Muslims, Prime Minister Narendra Modi on Saturday blamed “vote bank politics” for “deceiving” the country’s “minority” into being fearful about their situation and not addressing the educational and health needs of the community.

While he remained silent about the fact that a major source of fear among Muslims across the country is the manner in which the community has been physically targeted by Hindutva activists and demonised by various BJP politicians, Modi invoked the spirit of 1857, when Indians “of all communities fought shoulder to shoulder for independence”. The fight against poverty would require a similar approach, he said.

During his over-75-minute address after being elected the leader of the BJP-led National Democratic Alliance, Modi said:

But vote bank politics created this imagined fear, this imagined atmosphere and this environment of dread was created – thereby keeping them aside, keeping them repressed, and only using them during elections. In 2019, I am coming to you responsibly with a certain expectation; I am standing in front of the constitution with my head bowed and making this plea to you. We need to break this myth.”

Modi also repeated an earlier warning he had given to MPs, telling them not to make statements to the media “merely for publicity” and shun the “VIP culture”.

With speculation rife over who will join his council of ministers, Modi said he was yet to go through details of all the NDA MPs and asked them to not trust media reports in this regard, adding they are aimed at creating confusion and often put out with “bad intentions”.

While many had accused the prime minister of running a divisive campaign, Modi said elections often divide and create gulf, but the 2019 polls united people and society.

There was a pro-incumbency sentiment in this election and its result was a positive mandate, he said, adding that there is no better path than serving people when in power.

He also called for the NDA to work with cohesion for the country’s development and said his “naara” (slogan) for the alliance is “national ambition and regional aspirations”.