Modi May Have Repackaged 23 UPA Schemes, But Most Are Working Better Now

The Narendra Modi government has addressed systemic issues that have traditionally plagued development schemes in India. 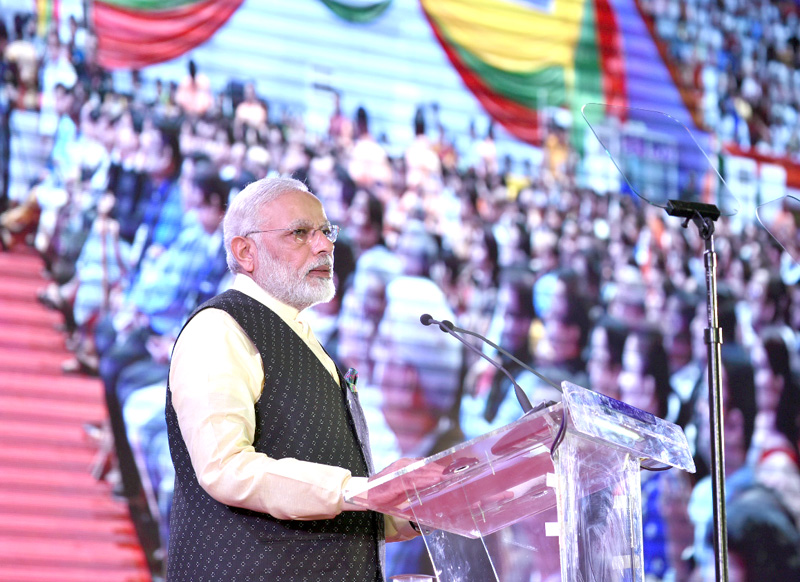 The Narendra Modi government has addressed systemic issues that have traditionally plagued development schemes in India.

Mohitkumar Daga and Parag Mohanty have been engaged by the Bharatiya Janata Party to consult on election campaigns. However, the views expressed by them in this article are their personal views.

As the Narendra Modi government enters the fourth year of its mandate, the opposition has accused it of usurping as many as 23 legacy schemes of the UPA and rebranding them as its own. However, there is more to government schemes than names. It is probably simplistic to say that some of these schemes have been copied when they have undergone changes in key features and have, in many cases, seen a holistic refashioning of the ecosystem in which they operate.

In a departure from the policymaking of earlier years, the Modi government has addressed systemic issues that have traditionally plagued development schemes in India. The shift to a sector-wide approach as opposed to creating schemes in silos, uniting similar schemes and a greater role for states in implementation has enhanced the efficacy of schemes. Bottlenecks in delivery have also been addressed with the increased use of technology in monitoring (Garv and Swacchh Bharat dashboards), fixing accountability (PRAGATI) and broadening public interaction (MyGov). Similarly, proactive communication, including the prime minister’s involvement through social media and his radio programme, has increased awareness about and participation in many welfare schemes.

In addition to improvements of the ecosystem, each of these 23 schemes have undergone major changes in at least one of their key elements – goal, design and delivery. Changes in some of these schemes have signalled a major shift in the policy priorities of the government.

The launch of the Jan Dhan Yojana signalled a shift to household-level financial inclusion from the earlier habitation-level financial access policy. Similarly, Sagarmala was conceptualised to drive economic infrastructure around ports as opposed to the erstwhile National Maritime Development Programme, which focused merely on ports development. To end the diversion of subsidised urea, the government mandated 100% production of neem-coated urea instead of imposing an arbitrary 35% cap on production as under UPA. Similarly, the Modi government introduced the Paramparagat Krishi Vikas Yojana to improve farmer incomes by leveraging the premium on organic farm products. With the launch of the Atal Mission for Rejuvenation and Urban Transformation and a host of complementary schemes like Smart Cities, Heritage City Development and Augmentation Yojana, Pradhan Mantri Awas Yojana (PMAY) for holistic urban development, the Modi government is set to revive the stagnating urban sector which had floundered under the Jawaharlal Nehru National Urban Renewal Mission of the UPA.

Many schemes have been expanded to cover a broader base of beneficiaries. The soil health card scheme was envisaged to provide soil health cards for all 11.8 crore landholdings to improve the inconsistent issue of cards under state programmes. Similarly, the Pratyaksh Hanstantrit Labh (PAHAL) scheme doubled the coverage of direct transfer of LPG subsidies from 9.22 crore consumers in 291 districts to 18.22 crore in all districts. Similarly, the Pradhan Mantri Matru Vandana Yojana expanded maternity benefits coverage to all districts compared to the Indira Gandhi Matritva Sahyog Yojana, which covered only 53 districts in the country.

Schemes like Pradhan Mantri Fasal Bima Yojana (PMFBY) have been redesigned to improve their utility and adoption. In contrast to earlier crop insurance schemes, the PMFBY set the crop insurance premium to a fixed percentage of the amount insured and redefined the loss assessment area to the village level, leading to a renewed demand for crop insurance. Similarly, by introducing a fixed pension under the Atal Pension Yojana, the government managed to turn around the lukewarm response to it’s predecessor Swavalamban scheme, which had unpredictable returns. The government redesigned the Jan Aushadhi Yojana by creating a strategic action plan and addressing deficiencies which had prevented the scheme from taking off. Effective financial and behavioural incentives have also been integrated into Swacchh Bharat and the PMAY to correct the failures of previous schemes.

The government has also revamped delivery mechanisms under many schemes. The initiatives being undertaken for e-governance and digital interface with citizenry were divided across ministries, but have now been brought under one umbrella of Digital India, leading to mission-mode implementation. Similarly, Beti Bachao Beti Padhao combines many scattered interventions with dedicated funds allotted to a nodal ministry accountable for results. The Skill India mission too introduced a coherent framework and streamlined processes for over 70 different skilling schemes run by 21 ministries. The Mission Indradhanush scheme was initiated to intensify universal immunisation in priority districts with low health indicators, as opposed to earlier programmes which did not have specific focus. Continuous monitoring of delivery has also been introduced in schemes which were suffering from poor implementation. The Deen Dayal Upadhyaya Gram Jyoti Yojana has quickened the pace of electrification through real-time monitoring with the GARV dashboard and is a distinct improvement over its predecessor Rajiv Gandhi Grameen Vidyutikaran Yojana.

This approach of combining systemic changes and better features has resulted in more impactful schemes. These schemes, alleged to be copies of erstwhile programmes, are better in both form and substance. The performance data on these 23 schemes speaks for itself.

Mohitkumar Daga and Parag Mohanty have been engaged by the Bharatiya Janata Party to consult on election campaigns. However, the views expressed by them in this article are their personal views.