Reality Check: Is Modi Turning Into a Caricature of Himself?

Prime Minister Narendra Modi’s Independence Day speech from the ramparts of the Red Fort was both tedious and tiring. 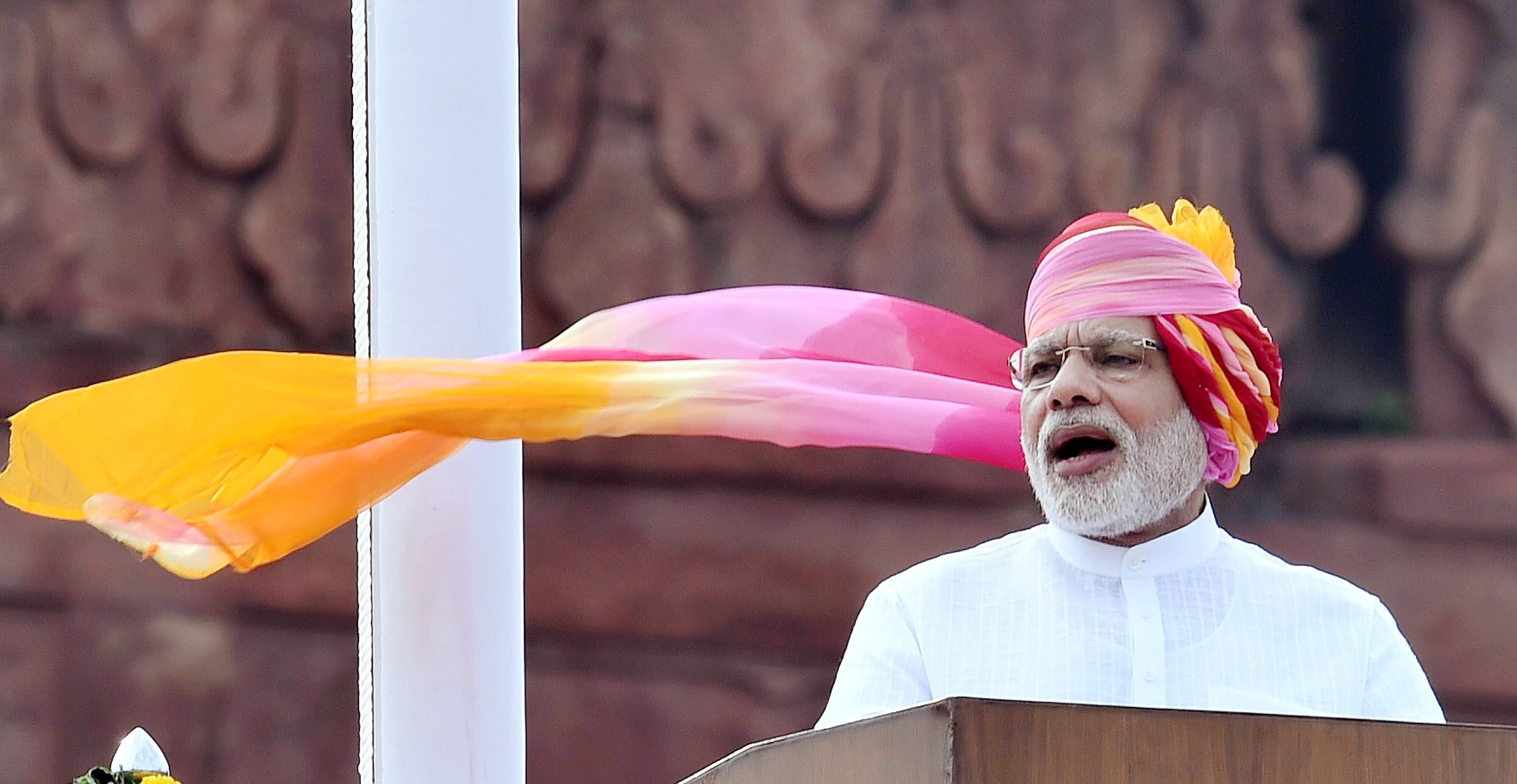 Prime Minister Narendra Modi’s speech from the ramparts of the Red Fort on Independence Day was both tedious and tiring. It repeated for the umpteenth time many of his pet developmental themes which have travelled little beyond being smart slogans. But then they must be repeated ad nauseam in the absence of any concrete progress on the ground in critical areas such as jobs and rural incomes.

Modi knows things are far from satisfactory when you look at employment growth and rural incomes. Rural wage growth is down to zero percent and organised sector employment growth is down by 60% in 2015. He recently ducked this question in a Times Now interview and said jobs were actually getting created in the unorganised sector and simply cited the number of loan accounts created by the Mudra Bank for self-employed entrepreneurs as conclusive proof. Only he seemed to ignore a small detail – that a large chunk of the Mudra Bank small loans to individuals are the ones transferred from the existing books of financial institutions like SBI, SIDBI, NABARD etc.

Nevertheless, on the 70th anniversary of India’s independence, the prime minister chose to coin another slogan to cap all previous slogans – “Reform, Perform and Transform”. And then he proceeded to describe the performance of his government on various fronts. He seemed so anxious to list achievements that he chose to talk about such micro issues as Air India having come into operational profits and BSNL turning the corner. He said these were signs that public sector companies were becoming robust for the first time. Ask any PSU sector veteran  and she would tell you how many times in the past Air India had come into operational profits and then slipped back into losses later. The Air India story is too well known to be recounted. As for BSNL, the public sector giant of yesteryear has been virtually run to the ground as its market share progressively got eaten into gradually by the private sector due to long term neglect. Ruchir Sharma has described this process as “privatisation by malign neglect” in his latest book The Rise and Fall of Nations, which deals with the forces of change in the post 2008 crises world. India’s public sector banks are also going through a similar process of privatisation by malign neglect.

Modi always prided himself on being an optimist. On many occasions he has publicly proclaimed his essential nature of being an aashawadi (optimist). However, of late, this self-advertised character trait seems to have taken an extreme form of not seeing reality on the ground at all. For instance, the prime minister said his government had done a lot for the farmers. The farmer today can sell his produce anywhere in the country and get the best price through an electronic trading platform, he declared from the Red Fort. This is simply not true. Well known agriculture economist Ashok Gulati says the implementation of a seamless national agriculture market for farmers through electronic trading is 10 years away! Modi declared that the government was doing enough to reduce input costs so that farmers’ income would be doubled in four years. Farmers’ associations across India complain that cost of inputs such as fertilisers, seeds and electricity are going up gradually. And needless to say, the minimum support price increases are not even keeping pace with inflation.

Often, Modi’s undying optimism degenerates into a tendency to avoid grave questions facing his government. In his speech he just about hinted at the growing incidence of violence against the weaker sections and said social unity must be maintained at all costs. The previous day, President Pranab Mukherjee had lamented in his Independence Day message that the weaker sections of society were under attack. The prime minister did not say much on what the government was actually doing on the ground to quell vigilante violence against the Dalits and minorities. Lest it be taken as an insult by the Sangh parivar outfits like the VHP, Modi chose not to repeat the term “anti socials”.

In a taunt to Pakistan, the prime minister said he was overwhelmed by the greetings he had received from the people of Balochistan, and Pakistan-occupied Kashmir, including Gilgit. Some government officials later clarified that he was talking about messages received by him on Twitter! But Modi chose to remain silent on what messages he had received from Kashmir, engulfed by the worst violence in recent years.

Unfortunately, Modi’s famed communication skills are falling into a pattern which can only be described as a caricature of the riveting speaker who aroused the masses during and after the 2014 general elections. All forms of good caricature end up producing a grotesque and comic effect. Modi must think hard over how to avoid this trap.