Why the Modi Voter Has Fallen Silent

Unlike 2014, there is no dream for the voter's eyes to rest on. He wants to free himself from the clutches of falsehood and propaganda.

The BJP’s 2019 election drive has shaken off every association with the 2014 poll campaign. To put it baldly, 2019 is all about an excision of the memory of 2014. Seeing the party’s campaign posters, one gets an unerring feeling that the very mention of the last Lok Sabha campaign has it running scared.

The BJP has stuck new posters over those of five years ago – new issues are being marketed and the forced taglines are glaringly obvious. The analogy that comes to mind is of a schoolboy who fails his exams and comes home saying that many students have failed, because their answer sheets had not been properly evaluated. Similarly, in Modi’s case, his residual political success comes from the fact that opposition politicians and their parties too have nothing to show except failure.

There is one more thing – at home the schoolboy might dress up his failure by saying that other students have also failed, but in the neighbourhood he tells everyone that he has cleared his exams. Of course, he is careful not to show his report card to anybody. This is the story of more than 50% of the students in the Indian education system – and this is the story of Narendra Modi as well.

It is astonishing that the BJPs campaign posters have no mention whatsoever of the slogans of 2014; one wonders where they have vanished. Moreover, in the previous Lok Sabha election, people took it upon themselves to promote the party’s campaign, make the slogans their own. This time around, if not for playing politics over the army or the anti-satellite weapon programme led by the Defence Research and Development Organisation and the Indian Space Research Organisation, Modi would not have had a single issue to put up on his election poster.

As the man who has ostensibly hounded terrorism out, he stares out from the posters with a stern gaze. In Hajipur, on the way to the Digha Bridge, one comes across a poster lauding him for the successful anti-satellite missile test. The image that springs to mind is of a student who comes home and shows his mother not his bare exercise book but the full notebook of a classmate.

In 2014, Modi sold the people a dream. In 2019, he is hawking his failure.  In their election encounters with people on the ground, journalists travelling from Delhi are straining their ears for the slightest reverberation that can be passed off as the ‘Modi-Modi’ chant. Five years ago, there was no such problem. The moment the mikes were out, the slogan would be heard. Now, no matter how often the mikes are thrust towards the public, there is no such echo to be heard. The journalists are in a state of shock.

The media itself may be one of the reasons why people are not heard chanting Modi’s name. When TV channels are animated by the incessant thrum of “Modi-Modi” day and night, what is left for the people? Everybody may not have grasped that the media is sold out, has buckled under, but it is a fact that in every crowd, one comes across many people, young and old, who say that the lapdog media shows only Modi and no one else.

When the media’s credibility is finished, can the shoots of Modi’s dream growing on its ruins be all that green? This is the reality weighing on his supporters and they feel somewhat ashamed. It is no more possible for them to chant his name with the same sense of pride as they did five years ago.

I hope readers don’t infer from this piece that I am talking about Modi’s defeat in the context of elections; far from it. I never ask people this question, it does not interest me. The burden of my argument is simply that Modi, the triumphant victor of 2014, is losing to himself.

At this juncture, it is instructive to read the faces of those who want to vote for him. In hushed voices they ask, has he not done even one good thing? The question, ‘tell us one good thing he has done’, was meant for Modi’s critics, but, ironically, it is his followers who are stuck with it. In contrast to 2014, they are not making a frenetic dash for Modi’s rallies, nor are they rapturously celebrating his speeches.

Five years ago, Modi’s critics routinely lost arguments. Now they have more questions to ask and they are putting his supporters on the back foot. Their votes may or may not result in Modi’s defeat, but what is clear is that their questions are resulting in the defeat of his followers in every argument. That is why Modi’s supporters have fallen silent. One can well imagine the pain of those who find that the mood which swayed them once is absent, but what of the agony of the man who is responsible for creating that mood? 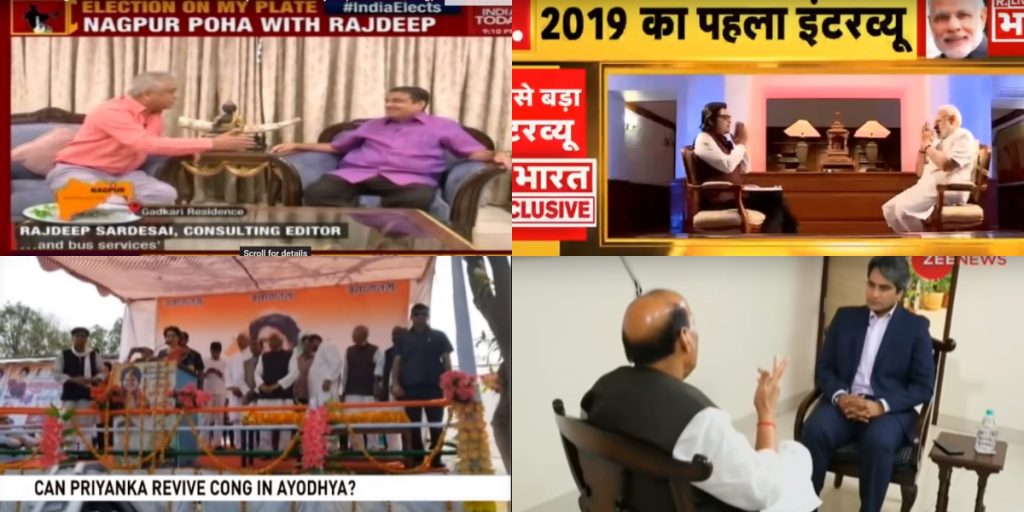 The truth is that in the election year of 2019, Modi is hurting. It had never occurred to BJP voters that they would be faced with the question of an alternative to Modi so soon. Or that the man who once seemed so essential in the scheme of things would be reduced to a compulsion. When a politician becomes the only option out of sheer compulsion, the people fall silent; they avert their gaze. What a contrast from 2014, when people looked each other in the eye and said ‘Modi-Modi’.

Those voters who have a liking for Modi are not speaking their minds, as people tend to do on Facebook. They have withdrawn into themselves, in tune with the WhatsApp model of being confined to an insider group. The “WhatsApp university” has altered their character. After swallowing every kind of lie for five years, they find themselves unable to spew it out. Falsehood made them aggressive then; they have become isolated now.

The truth is that Modi’s followers are ready to talk about an alternative leadership. If presented with one, they might even leave the side of Modi to discuss that option further. Instead of the slogan ‘Ghar ghar Modi’, the question ‘if not Modi, then who?’ is taking root inside them. This voter is familiar with the political reality on ground, has seen politicians of every hue – even Modi.

What should that voter do? Should he punish himself for putting his trust in Modi? He wants to free himself from the clutches of falsehood and propaganda. Unlike 2014, there is no dream on which his eyes can rest in 2019 – neither in the ruling camp nor in the opposition.

Entertaining the possibility of an alternative

Interestingly, while journalists understand the torment Modi is going through, they can’t seem to grasp the suffering of the people. They are surrounded by their problems and miseries. Even Modi has no sympathy for them. He is completely unmindful of the fact that in the field where his rally is being held, from where he is tom-tomming the success of anti-satellite missile tests, there is no drinking water at hand. No wonder people find it difficult to entertain the possibility of any alternative – every alternative flatters to deceive. Politicians have made the people feel isolated, neglected.

Journalists are distressed that they can’t find echoes of Modi-Modi among the crowds. They are interested in straw polls, whereas the people want to talk about their concerns and problems. In the 2019 election, a numb citizenry will vote the next government to power.

No one from the opposition has held out a helping hand either, or shown him new and uplifting dreams to pull him out of the mire.

The previous election created a mass of Modi supporters. A profusion of dreams was the thread which strung them together. Today, there is not even a whisper about those dreams, only a deafening silence. Weighed down by the guilt of having partaken of the propaganda and falsehood, a Modi voter will not want anyone to know about it. He doesn’t want others to know that he has repeated his mistake.

Ravish Kumar is an anchor with NDTV India. This article first appeared on his Facebook page.